You May Not Know These 15 Songs. But You’ve Heard Them. – The New York Times 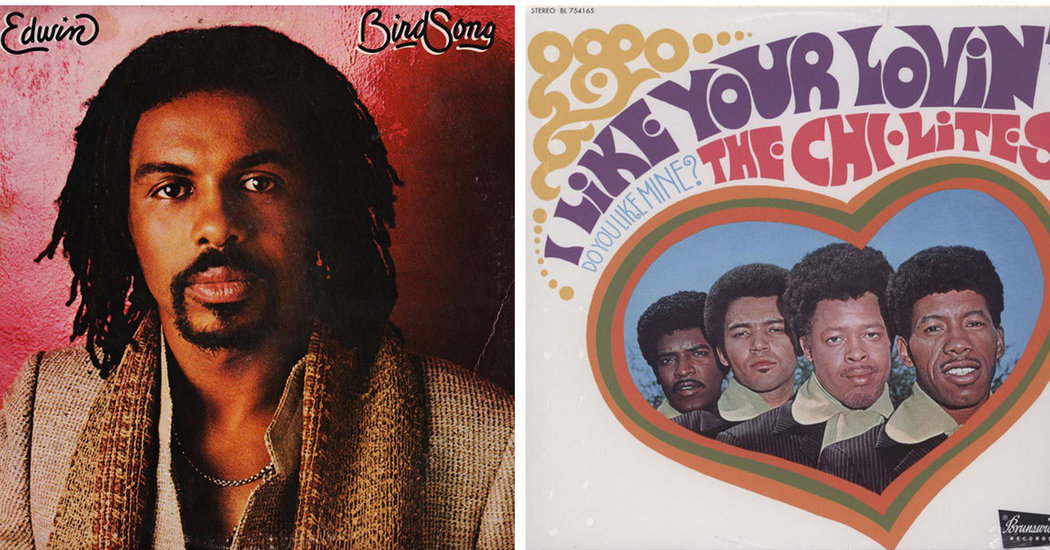 “Sampling Is (a) Creative or (b) Theft,” read a New York Times headline in 1997, summarizing a debate that has raged ever since songs started incorporating parts of other songs. The truth? It’s a little of both, and that’s what’s so fun about it.

Nowadays the theft is in a “great artists steal” sense — literal swiping largely fell by the wayside in the late ’80s and early ’90s, after Gilbert O’Sullivan sued Biz Markie and the Turtles took on De La Soul. But the best samples collapse music’s past and present into one moment, and light up paths that like-minded listeners can follow backward into music history — to the obscure, the forgotten, the I’ve-heard-it-before-but-not-like-that.

Here are 15 songs that you might not know by name, but whose sounds and samples were the building blocks for pop, dance music and hip-hop hits.

The funk and disco musician Edwin Birdsong, who died in 2019, left a lasting legacy both on his own records and the next generation’s. Prince Paul got there first, melding Birdsong’s “Rapper Dapper Snapper” with a George Clinton groove to create De La Soul’s 1989 hit “Me, Myself, and I,” but it was Daft Punk’s “Harder, Better, Faster, Stronger” that sounded 20 years ahead of its time despite being built on a (quirky, wildly funky) 22-year-old framework.

It’s true, the break is great — the jumpy rhythm guitar, handclaps and “uh! hah!” exclamations that were seized on by the rapper Young M.C.’s producers, Matt Dike and Mike Ross. (Dike was also a force behind the Beastie Boys’ “Paul’s Boutique,” one of sampling’s artistic pinnacles.) But stick around for the rest of “Found a Child,” a horn-driven workout by the Seattle rock and soul band Ballin’ Jack that’s in the vein of early Chicago, Santana or Blood, Sweat and Tears.

More horns — Rich Harrison turned roughly five seconds of a Chi-Lites fanfare into a smash for Beyoncé and set off on a run of red-hot R&B productions, including the should-have-been-bigger “1 Thing” by Amerie. The original is a driving, up-tempo boogie by a group that had its biggest hits with slow-burning ballads (“Oh Girl,” “Have You Seen Her”).

Most of the production on Kanye West’s 2013 album “Yeezus” was harsh, electronic and futuristic (with the occasional nod to classic dancehall reggae). But with its loop of “Bound” by the Cleveland soul group the Ponderosa Twins Plus One, the LP’s final track, “Bound 2,” looked back to West’s “College Dropout” days of chopped-up samples and ahead to his mining of reissue labels like the Numero Group in the Wyoming era. If you know, you know.

It’s not exactly fair to call Andrea True a one-hit wonder. She may not have had a follow-up to rival “More, More, More,” a breathy, glittery disco number alluding to her work as an adult-film actress, but that song’s breakdown was off-kilter funky enough to power two hits: It’s also the backbone of “Steal My Sunshine,” a quintessentially ’90s track by the Canadian group Len. Marc Costanzo, half of that brother-sister duo, told The Guardian he chose the sample the morning after he heard Brendan Canning of Broken Social Scene put on “More, More, More” at a house party.

The guitar riff running through “Devil’s Haircut” was actually replayed in the studio, not sampled. But we’re going to list it despite the asterisk, first off because “I Can Only Give You Everything” absolutely rips, and second because Beck and his collaborators on “Odelay” were clearly deep into Them, the ’60s garage band fronted by Van Morrison. “Devil’s Haircut” samples a bit of a second Them song, a cover of James Brown’s “Out of Sight,” and the chiming tones on Beck’s “Jack-Ass” are from the group’s version of Dylan’s “It’s All Over Now, Baby Blue.”

In the United States, Numan is known mainly for the hit “Cars,” but the idea that the new-wave pioneer is some kind of novelty act is almost criminal. The producers in Basement Jaxx went for “M.E.,” a deeper cut from Numan’s 1979 album “The Pleasure Principle,” and sped up its synthesized riff to create an early 2000s crossover dance classic. “Where’s Your Head At” even had the guy on the Pringles can jumping.

Timmy Thomas is a soul and R&B musician who had an unexpected Top 5 Billboard hit with “Why Can’t We Live Together,” a heartfelt plea for peace and tolerance backed only by rhythm-box percussion and organ. Some artists are ambivalent about sampling, but Thomas seemed over the moon about his song’s second life as a rhythm track for Drake’s viral smash.

It’s surprising that the Charmels’ “As Long as I’ve Got You” is as obscure as it is, given that it was written by Isaac Hayes and David Porter and released on Memphis’s Volt label, a Stax subsidiary. The first time you listen past the piano intro that the RZA immortalized on “C.R.E.A.M.,” the immediate key change is jarring since you’re used to hearing it looped. The third or fourth time, it’s “How was this not a hit?”

The pianist and composer Lalo Schifrin is best known for TV’s “Mission: Impossible” theme, and “Danube Incident,” created for one of the show’s episodes, is slinkier music to spy to. Portishead harnessed its atmosphere for “Sour Times,” one of the most memorable tracks on its debut album “Dummy,” and the band’s Geoff Barrow went on to gather some TV credits of his own, scoring sci-fi shows like “Hanna” and “Devs.”

There’s one reason “Mask Off” stood out on rap radio and in Future’s vast catalog, and it’s this flute-heavy sample taken from the cast album for “Selma,” a musical dedicated to the Rev. Dr. Martin Luther King Jr. and written by the nightclub-singer-turned-minister Tommy Butler. Rosa Parks attended the show’s 1976 premiere in Detroit.

The Long Island funk group formerly known as the Bobby Boyd Congress met the musician and producer Pierre Jaubert in Paris and became the Lafayette Afro Rock Band, recording a saxophone intro for the ages on “Darkest Light.” Depending on your taste in hip-hop, those five notes are best known as a Public Enemy “Nation of Millions” interlude or for providing the boom to Wreckx-N-Effect’s “zoom-a-zoom-a-zoom-zoom.” (Bonus fact: A young Pharrell Williams is credited on “Rump Shaker” for writing Teddy Riley’s rap.)

It started as a relatively rare Columbia single in 1965 and was heard on the jukebox at Kevin’s diner in “Moonlight,” the 2016 best picture winner. In between, in 1999, the producer Ayatollah repurposed multiple sections from Aretha Franklin’s gorgeous “One Step Ahead” to create the lead single from Mos Def’s “Black on Both Sides,” where the M.C. tells the story of his romantic pursuit of a woman whose backside he can see from the front.

Other than Dr. Dre and George Clinton, the musician most responsible for the sound of West Coast G-funk might be Leon Haywood. His “I Want’a Do Something Freaky to You” was lifted almost wholesale onto this hit from “The Chronic,” Dr. Dre’s solo debut album. (Says one YouTube comment: “Dre didn’t just take a bite, he ate the whole damn sandwich!”) But by the time Snoop Dogg counted to four, the song was theirs, too.

Even if no one could agree what was actually in a Brass Monkey until Mike D cleared it up, one thing wasn’t in dispute: those honking horns can get anyone going. The sample’s source, “Bring It Here,” is the B-side to Wild Sugar’s one and only single, on the Sound of Brooklyn label, and the horns are something of a fake-out, leading into a smooth disco-funk track that has a groove all its own.