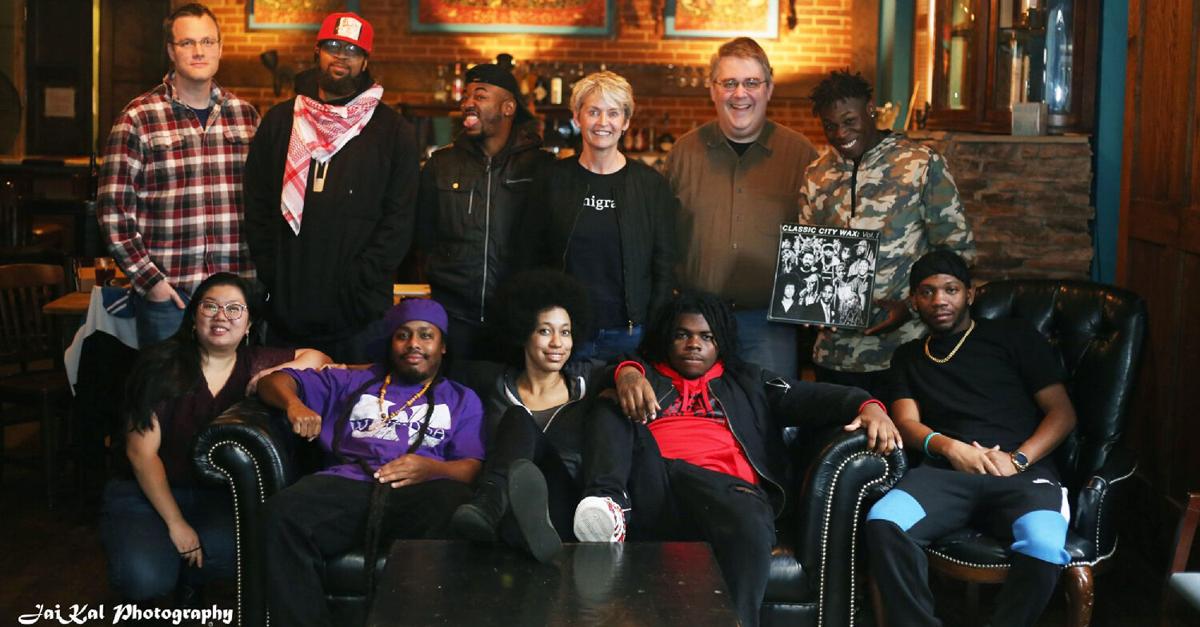 “I think we give the voiceless a voice. I think that’s the part hip-hop plays,” Montu Miller, an Athens hip-hop promoter, said. “We’re here. We know how this feels. So it’s our turn to give all these issues and these people a voice.”

This is the mission not only of hip-hop, but now The Athens Hip Hop Harmonic, a community engagement project that will combine the area’s hip-hop scene with the University of Georgia’s Hugh Hodgson School of Music.

According to Frigo, she and Turner will collaborate with Miller and Parker to create music pieces that will be performed at several public venues, including schools, public parks, local churches, the East Athens Community Center and the 40 Watt Club.

The group started developing the project around September of 2019 with the hope of creating something that was different from past performances, and that would help get students involved in the Athens community, Frigo said.

The project’s core mission is to call attention to issues of race, equity and social justice through these performances. While this has always been at the center of the project, the group stated that the events of last year gave the project an urgency.

“With what happened last year [regarding the death of George Floyd and the Black Lives Matter movement], it’s just a reinforcement of the fact that this absolutely by any means necessary has to get done,” Miller said. “Because it’s just going to play a part in all the other things that are helping turn this corner.”

Turner said that she and Frigo had been involved in anti-discrimination groups in the past, which made them naturally gravitate towards this project. A mutual connection of theirs referred them to Miller, while Parker was someone that was already on their radar for the project.

“We came together and [Frigo and Turner] gave me some ideas, and I thought it was brilliant,” Miller said. “It was one of the things that has to happen and should have happened.”

The press release for The Athens Hip-Hop Harmonic also said that their project aims to help advance “creative placemaking.” This is a term that describes an effort to integrate art and culture in order to aid in the improvement of local quality of life, the perpetuation of a creative community in Athens and the maintaining of Athens’ cultural identity.

“[Creative placemaking] is largely absent from any university system because university systems don’t necessarily hold up that kind of community work,” Frigo said. “So I am just beyond excited we can look at this project through that lens.”

No timeline has been set yet for the performances, as the group stated they are still waiting for an opportunity when it would be safe for them to gather together. However, they plan on attending the Collegiate Band Directors National Association conference in 2023, which will feature a performance by both The Athens Hip Hop Harmonic and the Hodgson Wind Ensemble.

Turner said that they do currently have funding from the Willson Center for Humanities & Arts at UGA, and they have also applied for the National Endowment of the Arts Grant which could fund The Athens Hip Hop Harmonic for two years.

Despite some delays and uncertainty, the group remains excited to work on the project.

“One of the beautiful things with Connie and Cynthia is, whenever we were in meetings, they always made my voice feel just as important as theirs,” Miller said. “This is real. I felt like my voice and everybody’s voice has mattered. It really feels good, you know.”