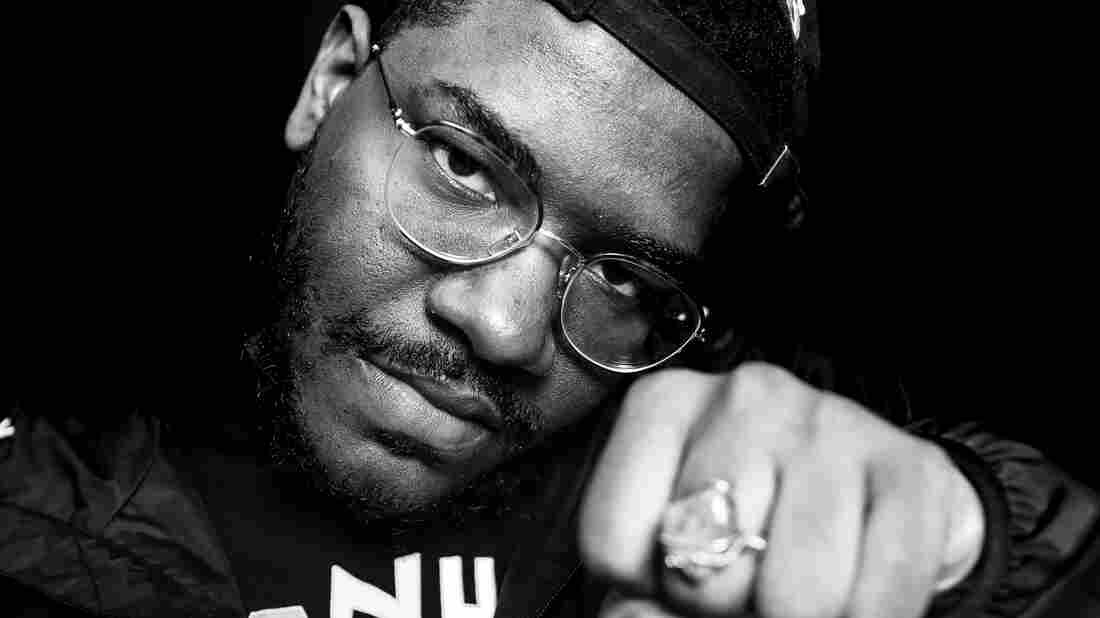 Steph Simon (pictured) and fellow rapper Dialtone were among the first artists contacted by Fire In Little Africa executive producer Stevie Johnson when he arrived in Tulsa in 2019. Ryan Cash/Fivvish/Courtesy of the artist hide caption

Ryan Cash/Fivvish/Courtesy of the artist

Steph Simon (pictured) and fellow rapper Dialtone were among the first artists contacted by Fire In Little Africa executive producer Stevie Johnson when he arrived in Tulsa in 2019.

Ryan Cash/Fivvish/Courtesy of the artist

Motown Records imprint Black Forum released Fire in Little Africa — an album written and recorded by a collective of Oklahoma hip-hop artists — last Friday to mark the 100th anniversary of the Tulsa Race Massacre, a violent, racist act that decimated Greenwood, a prosperous Black neighborhood home to what was known as Black Wall Street. At least 37 people were killed that day and thousands more were left homeless. For the artists behind FILA, the album is more than a creative project; it’s a roadmap to the future and catalyst for change.

“This is a legacy project. It’s a purpose project. It’s a passion project,” says Steph Simon. Simon and fellow rapper Dialtone are pioneers of Tulsa’s burgeoning hip-hop scene. They were among the first artists contacted by Stevie “Dr. View” Johnson, FILA‘s executive producer, when he arrived in Tulsa in 2019.

Like most Tulsans, Simon and Dialtone had grown up with little knowledge of the history of Greenwood. A long neglected chapter of the city’s complicated past, the two first learned about the thriving Black community and its tragic destruction while searching the internet for videos from a defunct Compton-based, hip-hop record label called The Black Wall Street Records. Simon was shocked to discover that Greenwood once housed a theater, churches, grocery stores, nightclubs, health care facilities, hotels and much more — all of which were burned to the ground overnight on May 31, 1921. “I was upset and disappointed to learn we had all of that, and it was just destroyed,” Simon recalls. “I just felt like I needed to help get it back for the people that are here in the community right now.”

As 2021 approached, the rappers began thinking about the centennial and how to commemorate it.

“We started being real present and real conscious of the time we were in,” says Dialtone. “We knew with the centennial that the city was going to be interested in telling that story.”

When Johnson approached Simon and Dialtone about FILA, they were initially skeptical of the project. “I knew people would come here and try to capitalize off of that, and that’s something I didn’t want to happen,” says Simon. “I didn’t want to be a gatekeeper, but I did want to make sure we got to tell our story the right way. Our way.”

Johnson assured the artists his goal was to provide access and opportunity, not to control the narrative. “Once we started realizing that Dr. View was a person of integrity and a person that was really interested in helping us tell a story, everything just snowballed,” says Dialtone. “It was nice to meet someone who was 100% about the community. He was the missing piece.”

The album was recorded over five days in March 2020, just before the pandemic shut down the city. It’s the collective work of over 60 Oklahoma rappers, musicians, producers and poets, including a contribution from Tulsa native and The GAP Band founder, Charlie Wilson.

Dialtone hopes FILA will be a source of inspiration for others.

“I feel like the success of this project and of Tulsa infects the whole hip-hop community, which in turn influences Black America,” he says. “I want to see the generation after us build on this.”

“So many kids feel like it’s just football or basketball or bust — just get out on the streets if that doesn’t work,” he says. “We can really change that mind state for people who want to be entrepreneurs or go to college. We’re going to make things like that cool. We’re going to take that mentality of Black Wall Street and push it to the future.”

For more information, visit the Fire in Little Africa website.