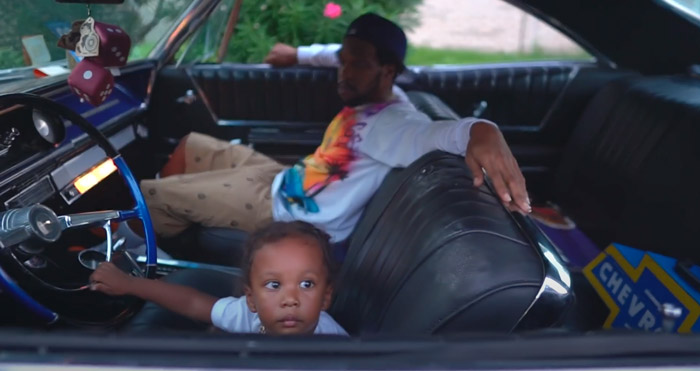 Hip-hop, like other musical genres and art forms, has had no choice but to grapple with the coronavirus. Back in March, tours froze and venues shut their doors, but recording studios stayed open. Throughout the pandemic, rappers have taken to the booth to assess the new normal — empty grocery shelves, PPE, and the NBA bubble. Here’s a list of the top five rap songs about COVID-19.

Released in April, “Quarantine Clean,” by Atlanta artists Turbo, Gunna, and Young Thug, is a response to the stay-at-home orders issued in March. On the cover art for the track, the trio makes self-quarantine look cool — sporting hazmat suits and face masks. The track features Thug and Gunna’s trademark slick and melodic lyricism aided by solid production from Turbo. The song was one of the first to address COVID in the rap genre. On the second verse of the song, Thug raps: “I skate off to the house and I lock myself in.” Except for its timely subject matter, the track isn’t particularly memorable among the extensive catalogs of Gunna and Thug.

“Okay” is a pop drill track from Chicago brothers DCG Shun and DCG Bsavv released in May. Shun, 17, and Bsavv, 19, first tasted success during the pandemic. On the track, Shun acknowledges the frustrating timing of his come up: “Can’t wait to get back on the road / Due to corona we can’t do no shows.” The pair’s infectiously energetic delivery and snappy production helped them go viral: The “Okay” video has almost two million views on YouTube. Thanks to their refreshingly unique sound, Shun and Bsavv have the potential to keep growing even with COVID restrictions. The whole DCG team, which includes Shun, Bsavv, and their friend DCG Msavv, are ones to watch out of Chicago.

Released on Juneteenth, “Lockdown” is a stirring call to action against police brutality and racial injustice by L.A. artist Anderson .Paak. The track and companion music video are a response to the murder of George Floyd by Minneapolis police and subsequent civil unrest across the country amidst coronavirus lockdowns. On the hook of the single, .Paak sings: “You shoulda been downtown / The people are rising.” Jay Rock’s feature contains some of the best lyricism this year. The track achieves similar quality and emotion to other classic West Coast protest songs like “We Had to Tear this Muthafucka Up” by Ice Cube, which was released following the 1992 L.A. riots.

(The song would be number one on this list if not for questionable lyrics in the extended version of Jay Rock’s verse, which promote conspiracy theories relating to vaccination and the origin of the pandemic.)

Released in April, “Quarantine” is Buffalo rapper Benny the Butcher’s assertion that nothing can slow him down — not even lockdown. The song is one of the better cuts off the debut album from Benny’s label, Black Soprano Family. Over a throwback guitar beat, Benny acknowledges his success: “It’s your turn you gotta bat for the fences / Had to switch it up ‘cause hustlin’ don’t come with a pension.” Also a member of Griselda Records, Benny has had a blockbuster 2020, releasing an album with heavyweight producer Hit-Boy and working with Drake on an as yet unreleased collab.

Despite these successes, the Griselda team could not avoid the impact of COVID. DJ Shay, Benny’s longtime mentor and producer, died from the virus in August. To honor Shay, Benny pushed back the release of his album, attributing much of his success, including the launch of Black Soprano Family, to his late friend.

“Gold and Chrome,” is New Orleans rapper Curren$y’s take on the state of the world from the perspective of a young father. The song is a track from his third collaborative album with producer Harry Fraud, “The OutRunners,” which was released in July. Supported by superb beatmaking from Fraud, Curren$y laments the severity of the virus and his son’s future: “I’m sure change gon’ take some years / But I hope it all clear before my son hit the streets.” In addition to COVID, he also expresses worry for the safety of his son from police brutality: “These crooked cops will put your dead body in cuffs.” Curren$y’s delivery is poignant and effortless. The song ranks among the best in his discography — and it’s the best rap song about this pandemic of the year.