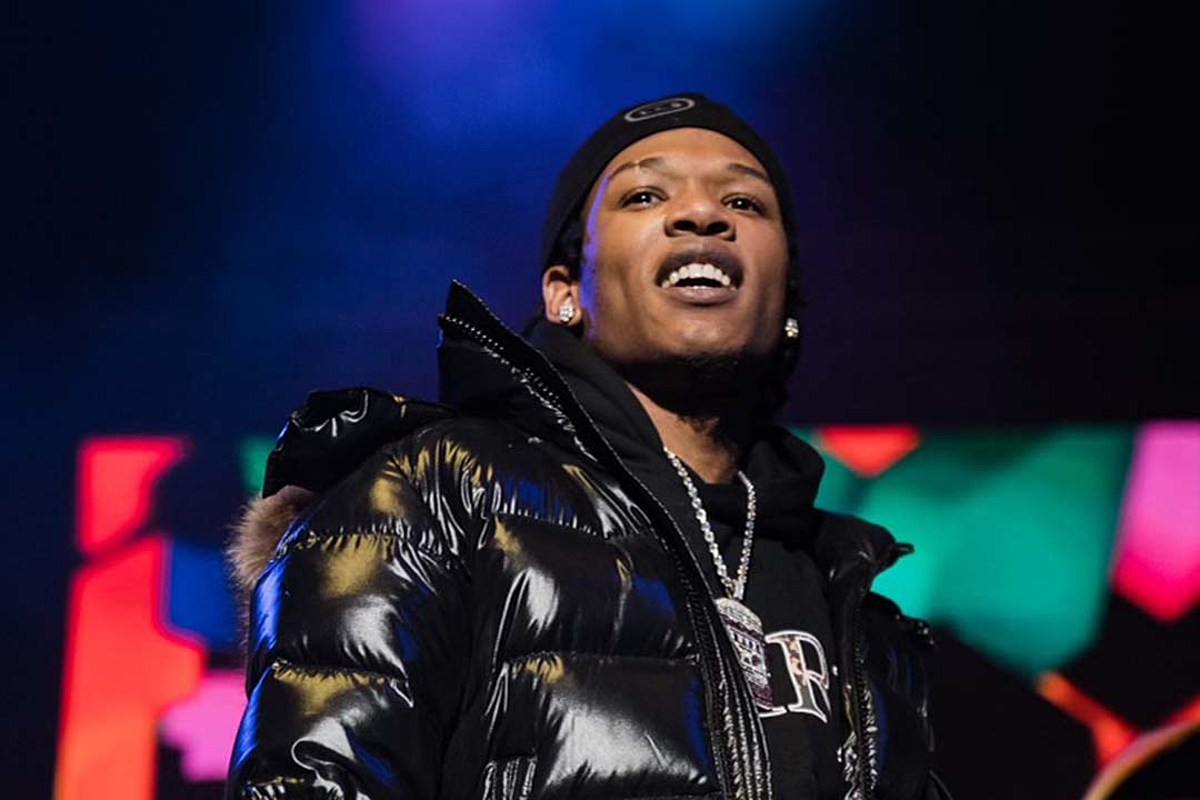 Back in the early 2010s, Chicago created their own subgenre of rap known as drill. The music caught attention for the rappers in the city delivering visceral rhymes about their experiences and enemies, all over ominous and sometimes fast-paced beats. Drill has since gone all over the world, from the U.K. to New York City and everywhere in between. Brooklyn drill is especially popular in NYC, where the city’s youth have put their own spin on it. The sound has expanded to other boroughs, where artists are rapping at breakneck speeds over unusual samples and factoring in call-and-response methods. One of the hottest young drill rappers in the area is Bronx-bred rhymer B-Lovee.

The rising artist rose to prominence on fellow Bronx drill rapper and close friend Kay Flock’s track “Brotherly Love” earlier this year. B-Lovee has also made a name for himself with solo songs like the Wayne Wonder-sampled “IYKYK” and TikTok hit “Everything” over the last eight months. He’s quickly gaining millions of views on YouTube and plenty more streams on Spotify. Things are moving quickly for the young rap newcomer.

A look at B-Lovee’s SoundCloud page shows he’s been rapping since last year. His EP, CourtlandtBaby, arrived last December. However, at the time, rap was just something to do for B-Lovee, until early this year. Once “Brotherly Love”—which currently sits at over 7 million YouTube views and more than 2 million Spotify streams—and other collabs with Kay Flock began to take off, B-Lovee started to listen to his friends and commit more of his time and energy to rap.

After signing to Records Label/Columbia Records in July of this year, next came more of his solo tracks. B-Lovee’s biggest song to date is “IYKYK,” which samples Wayne Wonder’s 2002 dancehall classic “No Letting Go.” Then there’s “My Everything,” a reworking of Mary J. Blige‘s 1997 hit single “Everything.” Plus “Neaky,” which flips Gyptian’s 2010 timeless reggae classic “Hold Yuh.” B-Lovee’s tendency to incorporate samples of songs that were huge in NYC back in the day, coupled with him tailoring his flow to the pace, has earned him big looks his way, from performing at Meek Mill’s Expensive Pain album concert at Madison Square Garden in October to sharing the stage with Kay Flock at Rolling Loud New York City the same month.

Now is the perfect time for B-Lovee to be the star for this week’s edition of The Break.

I grew up listening to: “Lil Wayne, Meek Mill, Rick Ross. My uncles, they used to listen to all of that.”

What’s your most slept-on song, and why?: “It’s one of the songs I dropped on my project last year, ‘Only One.’ People slept, probably because I dropped it too soon. It’s a good song. I know if I dropped it now, let people hear it, they’ll probably like it. A lotta people could relate to that. For me, you feel it, you feel the song.”

My standout records to date have been: “‘IYKYK,’ ‘My Everything.’ I don’t know why they like them so much, I dead don’t. I gotta ask a fan or something!”

My standout moments to date have been: “Performing at MSG with Meek Mill, shout-out Meek Mill. It was a good experience. I appreciate Meek so much, ’cause I ain’t expect that. Performing there is different because I never performed in front of that many people. That was one of the biggest moments of my career.”

Most people don’t know: “I’m really a shy person. I don’t how I became a rapper.”

I’m going to be the next: “Major thing outta New York City, you heard?”

See Rappers Who Discovered Other Rappers That Took Over Hip-Hop