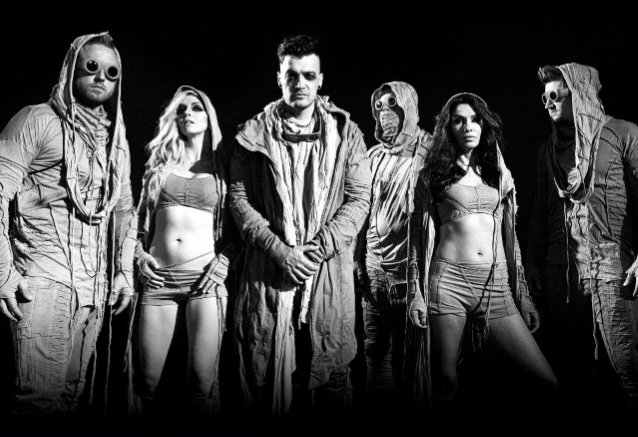 STARSET has released an Amazon Original cover of LED ZEPPELIN‘s “Kashmir”. A staple of LED ZEPPELIN‘s live show since its release in 1975, fans can hear STARSET‘s take on the classic song only on Amazon Music.

“‘Kashmir’ has always been my very favorite LED ZEPPELIN song,” says STARSET founder Dustin Bates. “The massive epic blend of soaring exotic strings and hard-hitting rock entranced me from the very first time I heard it as a kid and I’ve loved it ever since. Still, when it came time to picking a song to cover for Amazon, I was hesitant to put the song on the list of possibilities because — it’s ZEPPELIN. The band is amazing, the songs do not need improving, and many of the ZEPPELIN fans are sure to consider the song sacrosanct.

“So when I met up with Rob Graves, who produced the track, I initially suggested a number of other songs. It wasn’t until the evening of our first day working in the studio when I — essentially in passing — mentioned us having played a quick and dirty version of the song live for fun on a recent tour. Rob seemed to light up, explaining that ‘Kashmir’ had actually inspired him in a very similar way to what it had me. Once that was realized, it was essentially set in stone that, for better or worse, we had to do the song. So we did. And we did our thing, and we had a great time doing it. (Rob does attest that he referenced our YouTube fan recordings of our live performances of the track and would have nixed the idea had he not been happy with how decently we had pulled it off.)

“I’ve always heard ‘Kashmir’ as being one of the heaviest and most expansive ZEPPELIN songs, and Rob and I figured why not make it even heavier and bigger. Hopefully people enjoy it — a version never intended to ‘beat’ or ‘improve’ the original, but give it a STARSET spin while paying homage to one of the greatest — if not the greatest — rock bands of all time.”

Formed in 2013 by Columbus, Ohio vocalist/keyboardist Dustin Bates, STARSET‘s first album, “Transmissions”, debuted at No. 49 on the Billboard 200 chart, one of the highest-charting debuts for a rock band in 2014. The group’s intricately crafted sci-fi backstory piqued the interest of fans, and they subsequently released the concept album “Vessels” in 2017, followed by “Divisions” in 2019. Their song “Monster” peaked at No. 2 on the Billboard U.S. Mainstream Rock chart in May 2017, and by 2020, the band had received over two billion streams worldwide.

Amazon Music listeners can find STARSET‘s “Kashmir” on the playlist “Rock Scene,” the best place to find the most exciting new rock music from around the world. “Kashmir” is now available to all Amazon Music customers, and customers of Amazon Music HD can hear the track in Ultra HD, the highest quality streaming audio available. Customers can also simply ask, “Alexa, play the Amazon Original by STARSET” in the Amazon app for iOS and Android and on Alexa-enabled devices. In addition to STARSET, Amazon Music listeners can access hundreds of Amazon Originals featuring both emerging and established artists across numerous genres, available to stream and purchase only on Amazon Music. 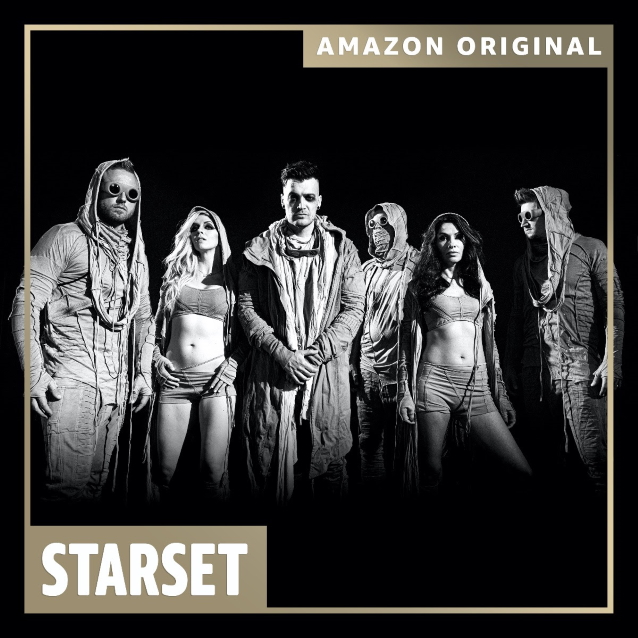