Supremely talented Connecticut conscious rapper Aaby provokes the thoughts of the listeners with his meaningful melodic compositions and their vocal presentation. 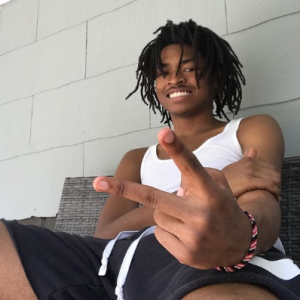 Hip hop has different subgenres that were originated by creative artists looking for newer ways to express themselves. Conscious rap is one of those subgenres that were invented to tackle the social issues plaguing the society of that time. Upcoming hip hop artist Aaby has found solace in it to fight his battles in life. He has released a brand-new single, ‘Tired of Feelin’ depicting his struggles that are quite relatable to the listeners. His other exceptional number is ‘Chosen’, which talks about overcoming obstacles with confidence. He is set to inspire his listeners by encouraging them to take a stand for themselves and fight the negativity in life with positive vibes.

The multi-talented hip hop artist has been rapping for quite a long time. Over time he has gathered useful knowledge about the genre. And he uses it to make his songs livelier and polished leaving his contemporaries behind. His real-life experiences are often infused in his compositions to convey powerful and life-changing messages to the listeners. The talented Connecticut conscious rapper is making a difference with his brilliantly composed lyrical ballads. His music makes a great impact on the psyche of the listeners making them more confident with themselves.

Inspired by artists like J Cole and Kendrick Lamar, he prioritizes his lyrics to be meaningful and impact the lives of the audience. He talks about mental health and how it can get in the way of our everyday lives in his songs. His two new songs ‘Chosen’ and ‘Tired of Feelin’ are the perfect example of him tackling everyday and mental issues. Aaby manages to penetrate the hearts of the audience with his piercing voice and breathtaking verse delivery. Listen to his music only on SoundCloud. Follow him on Twitter and Instagram for more information on his music and future plans.

Please visit here to listen to the songs of Aaby: https://soundcloud.com/user337793477