Rennan da Penha is a well-known face in Brazil. He’s one of the producers who architected one of the freshest iterations of baile funk, the “150”—a sped-up, frantic strain of the Brazilian music genre. Despite his achievements, da Penha doesn’t have a

glossy photo of himself on Instagram or Twitter, where he’s quite active. Instead, da Penha chose Pop Smoke for his profile picture. “If I feel like listening to hip hop again today, it’s because of him,” the DJ says.

Like da Penha, there are a number of Brazilian artists who praise Pop Smoke as an influential figure in their lives and music—a trend seen in fans as well. According to analytics platform Soundcharts, Brazil is the only Latin American country listed amongst the Brooklyn rapper’s ten largest audiences, with roughly 250,000 listeners a month. The cold numbers highlight a blazing trail—a Pop Smoke effect that ranges from unapologetic dance moves to bass-boosted drum kicks in their hip-hop tracks.

“I first listened to his music when the pandemic started,” da Penha tells Remezcla. “I’ve seen him on Billboard Top Charts so I thought I should check it out. I was trying to understand this new wave of rap artists, from Travis Scott to Roddy Rich, and Pop Smoke was among them.” The DJ believes the late rapper has brought back a flavor last seen in 2000’s hip-hop, from Dr Dre productions to 50 Cent punchlines. “For a while, there weren’t rap songs as catchy as Pop’s,” he says. 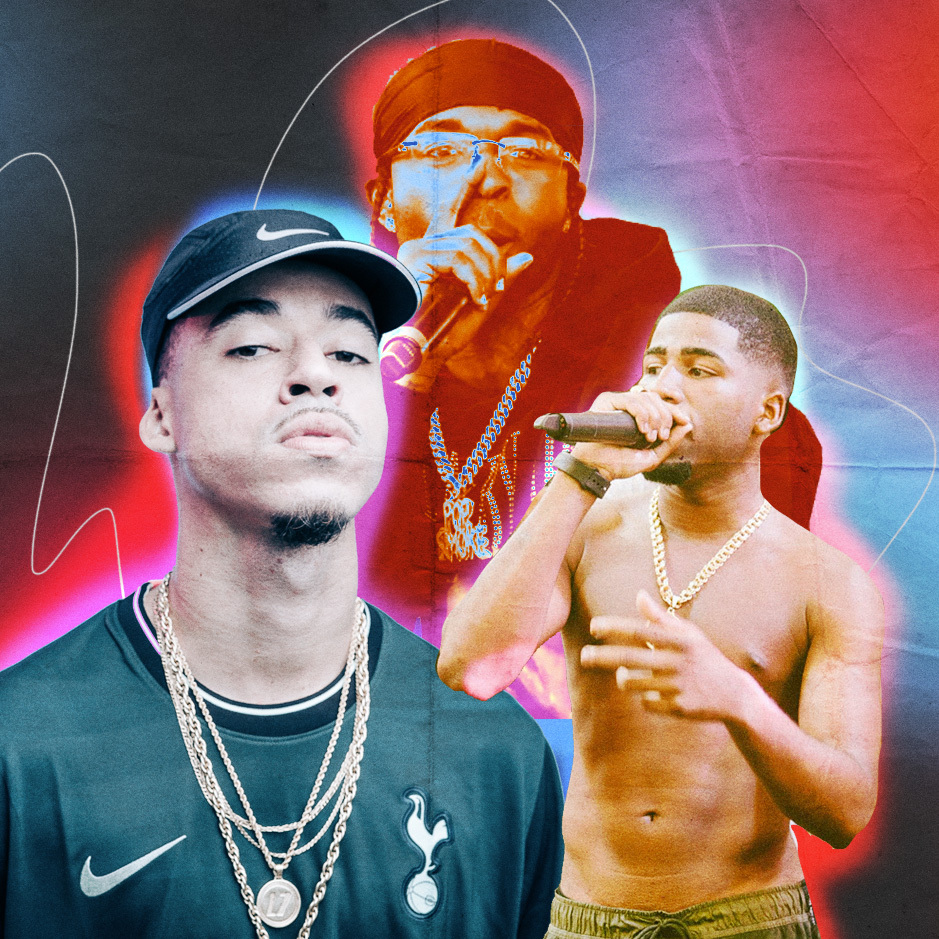 Every now and then, da Penha posts short videos on Instagram with a track signed by Pop Smoke. “I’m sure I’ve influenced people to listen to his music here in Rio,” he says—da Penha has 1.2 million Instagram followers and over 900K Twitter followers. Last December, he tweeted: “I’ve never been so sad about the death of a person that I’ve never met as I was when I learned about the death of Pop Smoke.”

The baile funk parties where da Penha plays take place at large courts in the heart of favelas, and they are often referred to, simply, as bailes. Artists like SD9, VND, Grone and Drope took advantage of the parallel between the words “party” and “baile,” and released their own remix of Pop Smoke’s “Welcome to the Party,” titled “Welcome to the Baile” a little over a year after his death.

“We learned about Pop Smoke’s death one day after recording this track. It was a sad coincidence, so the song became a posthumous tribute to him,” Drope tells us. His cutting rhymes on “Welcome to the Baile” come just before VND drops a hat tip to the Brooklyn rapper: “We miss you, W’ and Pop.” W’ was a friend of VND’s who was also shot to death.

“Pop is a huge influence for us because he stood out since his early works; he brought that different voice to rap music, something that was close to 50 Cent,” Drope concludes. “He was a young artist like us, we look up to him because we would like to be as rich and famous as him in our music-making.”

Brutxs, an 18-year-old rapper from Rio, is another rising hip-hop artist who looks up to Pop Smoke. During weekends, you can catch him at baile funk parties raising one hand and lowering the other as he hip-swings just a bit and slightly bends his knees. It’s the Woo Dance—a Pop Smoke move that has been replicated by many Brazilian rappers, including Brutxs, who did it in his first music video, “De Lacoste.”

Pop Smoke is a reference.

“I did that naturally, it wasn’t staged… Pop Smoke is a reference,” the young rapper says. “I can relate to his work, I feel we have the same vocal timbre.” Working from this point of connection, Brutxs, the beatmaker Palma and directors Leonardo Expósito and Arthur Staneck worked on the track and music video for “De Lacoste.” The Woo Dance, high contrasting photography, grim beat and the rapper’s baritone voice set up a Brazilian offshoot of Pop Smoke’s “War.”

As Brutxs points out, the Pop Smoke trend is relevant to a myriad of audiences—from favelas to high-class neighborhoods. “I see Pop’s influence in this new wave of Brazilian rappers, things with drill,” Lennon, a skater turned successful upcoming rapper, tells me on a phone call. “This is something I was not used to making in music and now I love it.”

L7NNON, who’s also known as L7, has had a climbing, hitmaking career since the release of “Hip Hop Rare” and “Cardi B”—garnering a total of 8 million views for both videos on YouTube. Many of his songs have one thing in common: a Pop Smoke aura built on sliding eerie kicks, loose drum rolls and phantasmagorical samples. Both songs were produced by Papatinho, the award-winning beatmaker who has worked with Anitta and Snoop Dogg. “I really enjoy Pop’s music, and it brings me down knowing that he’s not here anymore,” L7NNON says, before humming one of his favorite Meet the Woo tracks for a friend so they could recall its title (it was “Get Back”).

It brings me down knowing that he’s not here anymore.

L7NNON is not the only one who’s having a hard time putting a face to the name or name to the track. Many Brazilian Pop Smoke fans don’t know exactly who he is; the art precedes the name. Producer Mu540, who went from releasing bedroom-produced tracks on SoundCloud to becoming a solid go-to in the new Brazilian beat-making scene, knows that for a fact.

“Several MCs and rappers don’t recall the name Pop Smoke,” he notes. “They come to me and say ‘I want a beat like this’, and they’re talking about ‘Dior’ or ‘Welcome to the Party’. Just a few people know Pop Smoke’s name.” Still, his influence is undeniable, and name recognition is growing all over the country.

Mu540 reckons the Brooklyn rapper’s role as an influential beacon in Brazil over the past year since hits like “Dior” have promoted a resonant trend in the country’s hip-hop sound. “As underground music producers, we know drill music, the type of music he does, from other sources,” says Mu540. “But we are heavily influenced by the U.S., so Pop Smoke sounded different for many kids here, they were like ‘this a different kind of trap.’”

The producer believes the 20-year-old artist gone too soon would have enjoyed a trip to Brazil. “If you’re from the hood, you know who’s from the hood no matter where you are,” Mu540 says. Brutxs agrees and thinks that Pop would’ve chilled around Rio’s beaches and stopped by a baile funk party in the first hours of the night. Rennan da Penha goes even further, tracing a parallel between his baile funk and the short but meaningful career of Pop Smoke: “Music today is like a pyramid: if the favelas or the hoods like Pop Smoke’s Brooklyn stop making music, the ones who are on top won’t make music either.”