In order to get to cover the overhaul load of music during this edition of HipHopDX’s New Music Friday Albums coverage we’re skipping the pleasantries and getting straight to it.

Tipping the scales this evening is none other than J. Cole, who is making a rare and spirited appearance for what reportedly is being considered his bow-out retirement album. Atlanta-based vibe curator 21 Savage sends off snapshot soundtrack he crafted for Chris Rock’s upcoming film, Kodak Black completes his post-prison homecoming experience with a full body of new material and Lil Skies and Babyface Ray supply a pair of deluxe releases to sift through.

Check out the full list of projects that dropped Friday (May 14), below. 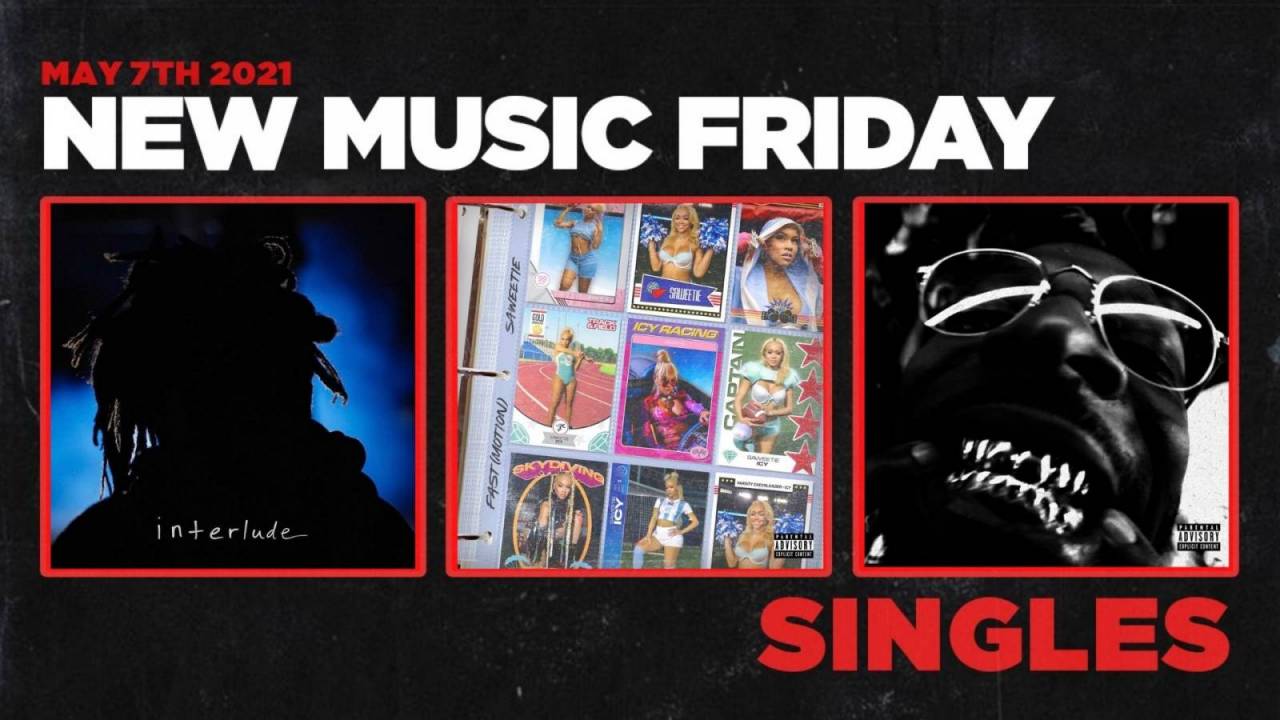 The notion of The Off-Season being his last solo project seemingly existed as an afterthought for J. Cole, as the 36-year-old MC demolished his pre-album promotional push highlighted by his controversial L.A Leakers freestyle, fiery “Interlude” single and his first-of-its-kind solo SLAM magazine cover. No matter the caliber of the pre-game warm-ups, Cole fully returns to his lyrically electric form on The Off-Season, opting to stray away from his featureless approach akin to his previous masterwork KOD, and enlist features from Lil Baby, 21 Savage, Cam’ron and more.

And along with providing production of his own, Cole calls on a myriad of producers to see through the sound profile of the album including Timbaland, Boi-1da, t-minus, DJ Dahi and numerous others.

Of the 12-tracks intact on The Off-Season, one has to wonder if any of them will become the walk-out song for J. Cole’s professional African basketball league team.

21 Savage – Spiral: From The Book Of Saw Soundtrack

21 Savage has become a muse of sorts for some of the biggest brands and stars in 2021. Back in March Virgil Abloh tapped the Savage Mode II rapper to spit bars in the campaign for Louis Vuitton’s men’s summer capsule collection campaign, not to mention his latest guest verse on J. Cole’s anticipated The Fall-Off album. To fulfill his next call-to-action, Savage has assembled his Slaughter Gang advocates for his quick-hit four-track EP destined for the big screen.

Along with Gunna and Young Thug, Millie Go Lightly assists 21 Savage in providing horror-core hits on Spiral: From The Book Of Saw Soundtrack.

The sky is the limit for Kodak Black now that Donald Trump’s Presidential pardon has cleared the way for his musical career to flourish. In fact, his new lease on life is proving to be a source of unchecked confidence as he sets himself up to face-off with artists such as J. Cole, 21 Savage and more with the same-day release of his Haitian Boy Kodak project.

Unlike his  star-studded 2020 Bill Israel, Kodak Black handles the entire eight bangers on Haitian Boy Kodak on his own, allowing the Florida native’s “Zoe” persona to flourish on in-pocket james like “Z Look Jamaican” and “Dirty K.”

Lil Skies has come a long way since his 2017 debut album Life Of A Dark Rose, regardless of his fans appreciation of his artist journey or lack thereof.

The release of his Unbothered album back in January signaled a shift in both his creative approach and mindset and once again helped illustrate the distance the Pennsylvania native put between himself and his previous intellectual property such as his 2019 Shelby album.

Adding seven new sounds to the bunch, Lil Skies preps yet another sonic pivot with his Unbothered (Deluxe) album which includes features from Drakeo The Ruler, Trippie Redd and Zhavia Ward. 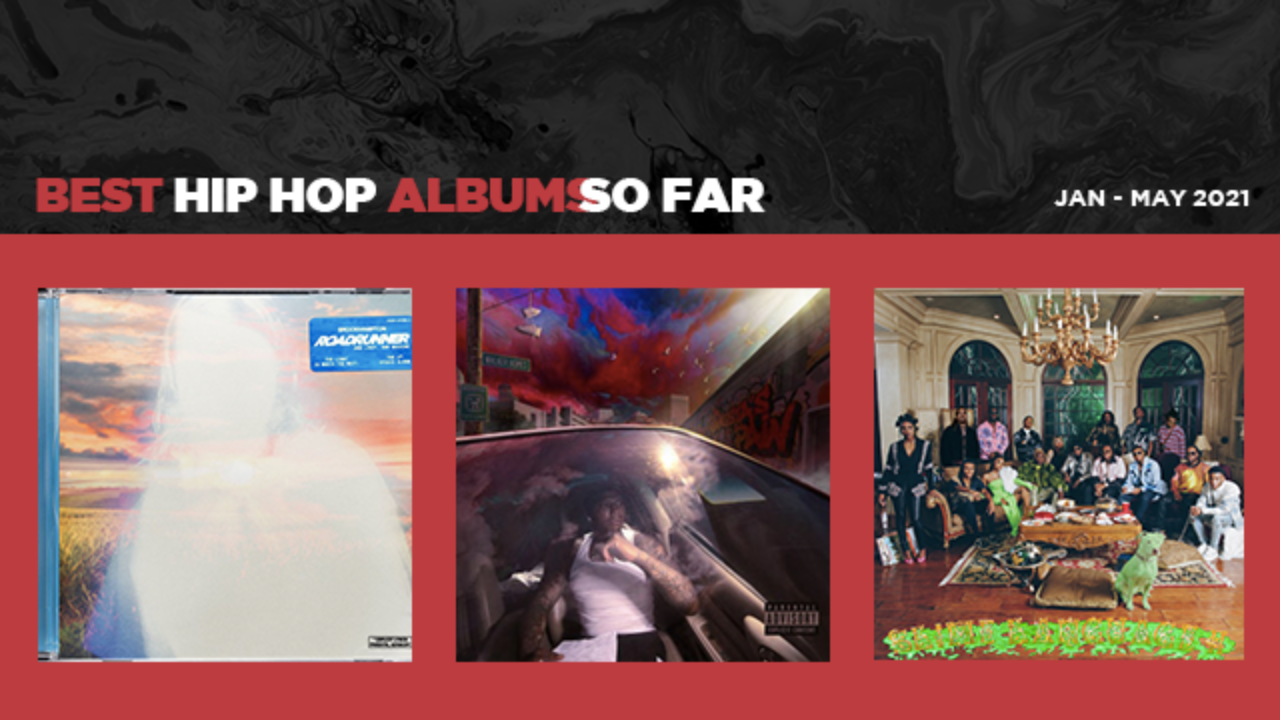 As Michigan is quickly becoming a state-wide hotbed for brewing strong-willed up-and-coming rap talent, a concentrated group of Detroit rappers is quietly leading the way by example and Babyface Ray is easily among that list, if not near the top of it, due to his calm lyrical charisma. To go along with his Tyler, The Creator co-sign for his “If You Know You Know” collaboration with Moneybagg Yo, Babyface Ray crashed HipHopDX’s Best New Hip Hop Mixtapes & EP’s Of 2021… (So Far) list with the inaugural version of his impressionable Unf*ckwitable tape to start the month of May.

Jack Harlow, Peezy and Veeze all add guest verses to support the several of the seven additional tracks on Unf*ckwitable (Deluxe) and Murda Beatz pulls through to handle some production needs.

Jorja Smith – Be Right Back

Until recently, things have been painstakingly quiet in the musical department for the U.K.-bred singer Jorja Smith — who last shared a gull-length release in 2018 via her Lost & Found album. Now, following a string of singles in 2021 such as “Addicted” and “Nobody But You” with Sonder, Jorja is stepping into the spotlight for a fleeting moment on her eight-track Be Right Back EP.

With a lone feature from Shaybo included in the record, Be Right Back is just long enough get fans re-acquainted with Jorja Smith’s celestial vocals, yet short enough to leave them yearning for more.

There is also a strong trio of Honorable Mentions candidates this week to finish off the blitz as well.