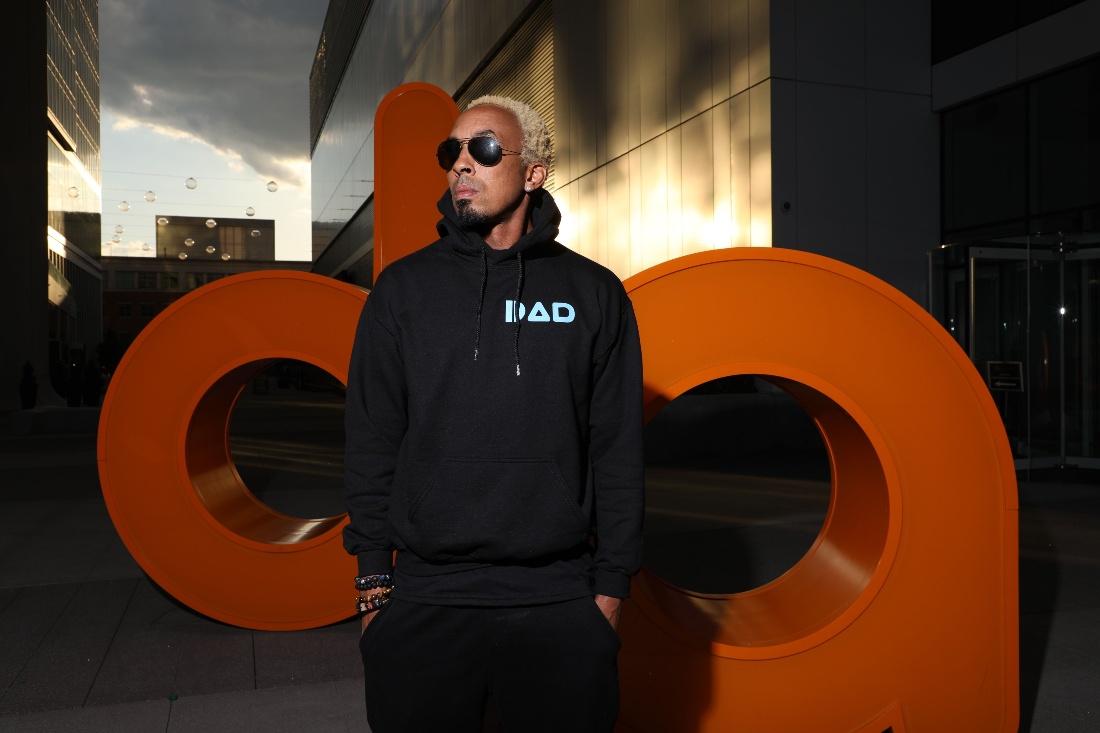 Many hip-hop producers in Atlanta call Dallas Austin “dad.” Austin — a GRAMMY award-winning producer who has worked with artists such as Madonna, Boyz II Men and TLC — started making music in Atlanta at age 16, after boarding a bus from his hometown of Columbus, GA. He hung out at the mall, listened to the music he made in the car. When Clive Davis, Kenneth (Babyface) Edmonds and Antonio (L.A.) Reid started LaFace Records in 1989, Austin learned that what he loved could be a business. His mentors gave him the tools to succeed in a budding industry.

Octavius Crouch, the Senior Client Manager and Hip-Hop/R&B A&R at Symphonic, is leading the partnership. “Symphonic’s goal in Atlanta is to support DAD,” Crouch says. “For future partners, we want to show that we provide important resources, and don’t rely on record labels. Every idea we carry out is well thought-out, there’s no room for error, because we don’t have a label to fall back on. This kind of partnership is brand-new, and is going to shape the industry.”

In 1992, Austin and L.A. Reid founded Rowdy Records, which eventually worked with Symphonic on its own digital distribution. After clicking with the company’s ethos, and witnessing music industry trends that left him disconcerted, Austin decided to step into the distribution space. Symphonic’s partnership with DAD is part of its current expansion into diverse music communities. A pillar in the community like Austin helps Symphonic uplift new, groundbreaking talent. And Symphonic’s technology and resources help Austin uplift his community.

When discussing their vision for DAD, Austin and Crouch mention two words often: value and transparency. “You gotta have information,” Austin says. “[Younger producers] call me dad ‘cause I went through all of it before they did. I always have them talk to me about their contracts. If I got burned on something, I went through it for nothing if I can’t help somebody.” After years in the industry, Austin no longer wants to see artists fall prey to unfair agreements.

Austin also speaks of “making music more valuable,” but this has little to do with the inherent value of cultural production. What Austin references is the trend prioritizing affordable or free access to internet content, often to the financial dismay of content creators.

“Luckily, I came up in an era when we were trying to figure out if we were gonna sell CDs, and each were 16 dollars a pop, so we knew we were going to make money,” Austin says.

While internet platforms like streaming services have democratized artistic production, and allowed more people the ability to both produce and access art, the nature of those platforms sometimes decrease opportunity for artists to be paid — especially if their art is reproduced online without their knowledge or consent. This can be even harder for independent artists, who don’t always have the connections necessary to place their songs on important playlists, or reap the benefits of the algorithm. Austin is not questioning whether music is culturally valuable. He is concerned about finding opportunities to increase its economic value, using new technologies.

This is what excited Austin about blockchain and non-fungible tokens (NFTs). Blockchain is a type of database that tracks all transactions with a cryptographic signature. For all musicians distributing through DAD, Austin plans to use smart contracts, which automatically document transactions and other legally-relevant events using blockchain technology. Everyone on the contract — the artist, DAD, etc. — would be able to track transactions and changes, increasing transparency between the creator and distributor. Elizabeth Strickler, the Director of Media Entrepreneurship and Innovation at Georgia State, helped create DAD’s system.

DAD will also help artists manufacture and distribute NFTs. Austin wants to recreate limited collectibles in digital form — think Prince’s “Sign O’ The Times.” And with smart contracts, DAD’s artists will make a return on whatever digital collectible they choose to sell. For example, if an artists mints one of their original lyric sheets, they will receive payment every time that NFT is re-sold, as long as they still hold the original rights.

One of DAD’s first NFT releases will be Austin’s biography, “VOYAGE TO DALLAS AUSTIN.” The book will include multi-platinum plaques, the famous horn from TLC’s “Creep,” and other glimpses into Austin’s journey through the music industry.