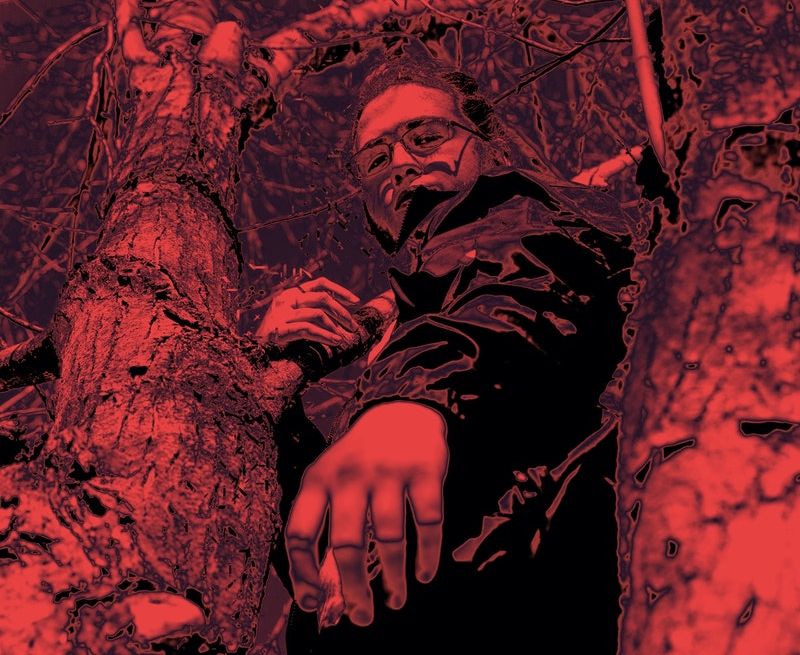 Wav Loyel spent about three years experimenting with sound, production and rap style before releasing his first rash of trap-based hip hop tracks. With an obvious predilection to wordsmithing and linguistics, the Indianapolis-based artist says he’s always been writing lyrics, but the idea to put them to a beat came later.

I always wrote lyrics since I was a kid, but I never took it seriously until 2017. During that year, I linked up with a guy I had just met, and when I initially stepped into his house, he was making a beat… Following that day, I went out and bought a simple music setup to spark what would become my passion, and I never looked back since.

The passion seems to have paid off, as with each track Wav Loyel has made thus far, the beats have been more and more clean and his composition is already on par with many of the bigger names in the hip hop game. From his first single “Druggie” to is most recent, “A.I.,” the composition has been a progression from good to better.

The real progression, however, seems to be in the wind of the life story Wav Loyel is telling with his lyrics. With a vocal style which conjures images of Post Malone and Mac Miller, the lyrics are real, pensive, declaratory in nature and follow the journey Wav Loyel has been on in his recent life. It’s an interesting way to present lyrics, these declarations. In each track, there’s at least one statement where the artist says exactly who he is and where he is in his life.

In “Druggie,” the chorus is literally “I must be a druggie,” and he goes on to explain why. In “Painting,” listeners will get a sense he’s trying to move on from “Druggie,” by declaring “painting a new picture of myself” and “throwing my old self away.” He’s not only marking who he is, but where he’s standing. Such active language paints an instant picture for the listener and puts them in the speaker’s shoes. It’s effective, visceral and relatable.

With Wav Loyel’s most recent tracks, “Run Up” and “AI,” listeners will instantly see that the “pinging” he was doing in the previous track is paying off. Now sounding self-assured in his abilities and more than happy with his progress, these two tracks are a different kind of declaration.

I put my mindset down on the paper when writing “Run Up.” This song is a statement to the world that I’m dedicating myself to something I love, and I have to continue to make plenty of sacrifices along the way in order to achieve my goals. Some people might not like that, so… Run Up.”

“Run Up” is thus a declaration of Wav Loyel’s dreams and the fact that he feels it’s worth it to change them. Similarly, “A.I.” declares Wav Loyel’s dedication to the skills he’s practiced; the “A.I.” states clearly he’s happy where he is: “Had to go and find my way; you can’t say it was a phase; got that AI in my veins; ain’t no practice in the game.” The chorus has more swagger than in some of the previous tracks, but it’s still contemplative and inspiring. Far from brag rap, Wav Loyel’s lyrics show real progress, both personally and musically.

With so many artists on the move in hip hop these days, and with NFT coming online as a whole new way to market and produce, the world is about to explode with hundreds of thousands of artists doing their own thing, and labels may not be able to push their signings in the same way they have before. It levels the playing field but it’s also much harder for the cream to rise to the top so artists will need something unique to get that extra pull for their work. Wav Loyel’s rap style, personal connection with his audience and the way he declares his truths is very much that something unique. He’s definitely one to watch.