Mic Drop – Kent Washington III Is Betting On Himself – 303 Magazine

Music should always be sacred to the artist. Unfortunately, financial success has proven the key to ownership in the aural world. Since the dawn of record pressing, major labels have sold ungodly fame in exchange for rights to a musician’s creations. For decades, rappers and producers haven’t bothered questioning the power dynamic that exists here. More recently, the aforementioned transaction has become more prevalent than ever, considering the exponential rise of streaming numbers by way of social media. While the record company’s grip on young artists has gotten tight, the contrary is also becoming prevalent — budding creators are realizing the importance of owning their own “masters.” Kent Washington III — a product of Olympic City — has not only come to this realization but fully executed an erasure and rebirth with a sole purpose in mind: making sure the music he creates is unequivocally his. 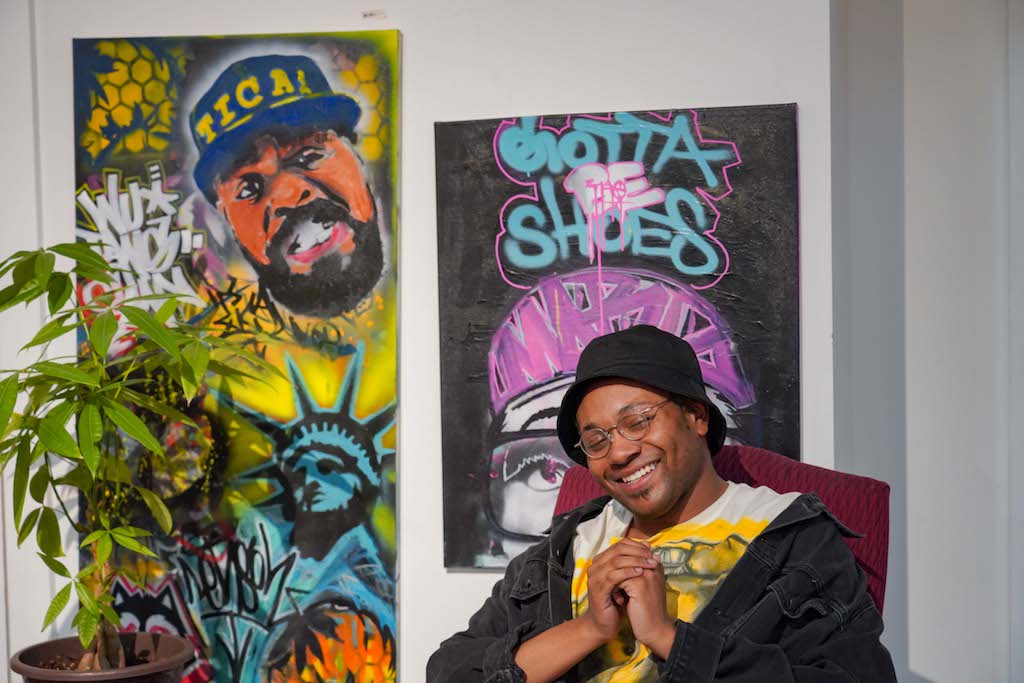 Seeing value in music comes by way of instilled passion for Washington. For as long as he can remember, musical households were commonplace in his life — an environment that planted a seed long ago.

“Man, I started rapping when I was like, nine or ten years old,” he said. “My dad was a drummer — has played in a few funk bands, and was big on George Clinton, Parliament, Funkadelic, etc. My mom is from the South Bronx — Spanish Harlem — right around when hip-hop was getting its footing. Warehouse sets, block parties, all of that.”

Being around such heavy, direct influence sparked a priceless feeling in Washington: curiosity. He remembers going through his parents’ cassette collections, sifting through beautiful projects spanning styles and genres. It was there that he fell upon three records: Run DMC’s “It’s Tricky,” Busta Rhymes “Put Your Hands Where My Eyes Could See” and Uncle Luke’s “Raise The Roof.” Right then and there, the vision was stamped and certified. “Those first three songs set the tone for me as an artist. I knew I wanted to be a rapper. I became so hungry for more information.”

The information Washington discovered wasn’t just rap — it was a lexicon of sounds stretching across all genres. In middle school hallways and classrooms, he found punk, thrash and metal. In social circles, pop and classical were tapped into.  You can hear bits and pieces in his singles: “Ckdr,” “Inner Child,” “Alive In the Dark” and “Am2pm.” Years later, he lays out a list of true inspirations — people and groups that stood the test of time from adolescence to adulthood, assembling in words a visual playlist of personality.

“Ice Cube, Kanye, Jay Z, Slipknot, Cudi, Metallica, Childish Gambino,” Washington said. “Those are the ones. They all don’t give a fuck, and I mean that in the best way possible. The ability they have to strike emotion in humans through vulnerable songwriting… it’ll never be lost on me. It’s infectious. I try to create music that not only provides healing for myself but creates a feeling for others.” 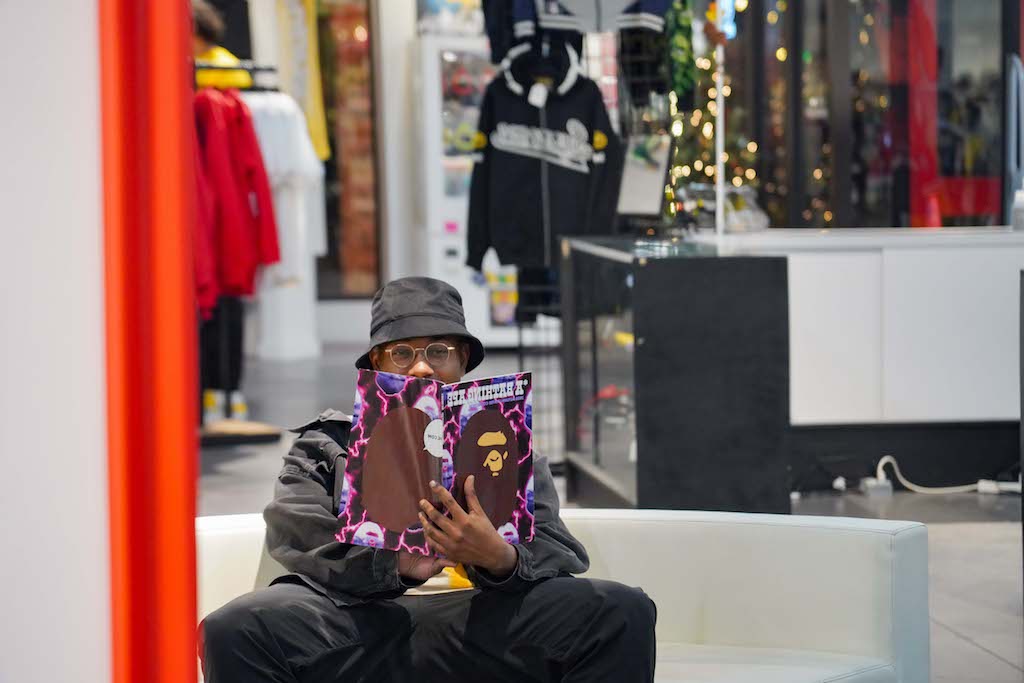 Open-minded taste and a willingness to take risks paid dividends early for Washington. At 17, he was opening for national acts Hopsin and Dizzy Wright. Friends thought he photoshopped the show’s flyer, but it came as no surprise to Washington, who studied the art and passion of good music sunrise to sundown. Out of all the names he mentioned, two in particular strike me as noticeable in his music: rapper Kid Cudi and Corey Taylor, Slipknot’s longtime lead singer/songwriter. For years, these two have dominated their lanes, spilling their hearts out on the table in the process. This type of honesty — Washington makes abundantly clear — is a continued source of inspiration.

For every song written, there needs to be a place where the pen touches the paper. An atmosphere, if you will. What does it smell like? Whose in the room? Are there lights on? It can get specific. For others, like Washington, the setting doesn’t feel as vital.

“While I’m usually by myself, I’m not sure there’s a perfect place or scenario. I just allow inspiration to find me, and it can come in the weirdest places. I feel like the same is true for lots of artists. Like I know one rapper — Saba Baby, I think — writes on the toilet. I can be there, or the living room, or anywhere. I like finding ideas in watching live performances by my favorite artists. The only thing I know for certain is that it often comes when I’m alone. Some songs will take 15 or 20 minutes. Others, like ‘Am2pm,’ will take years. I wrote that back in the dorms at CSU years ago and released it this year.” 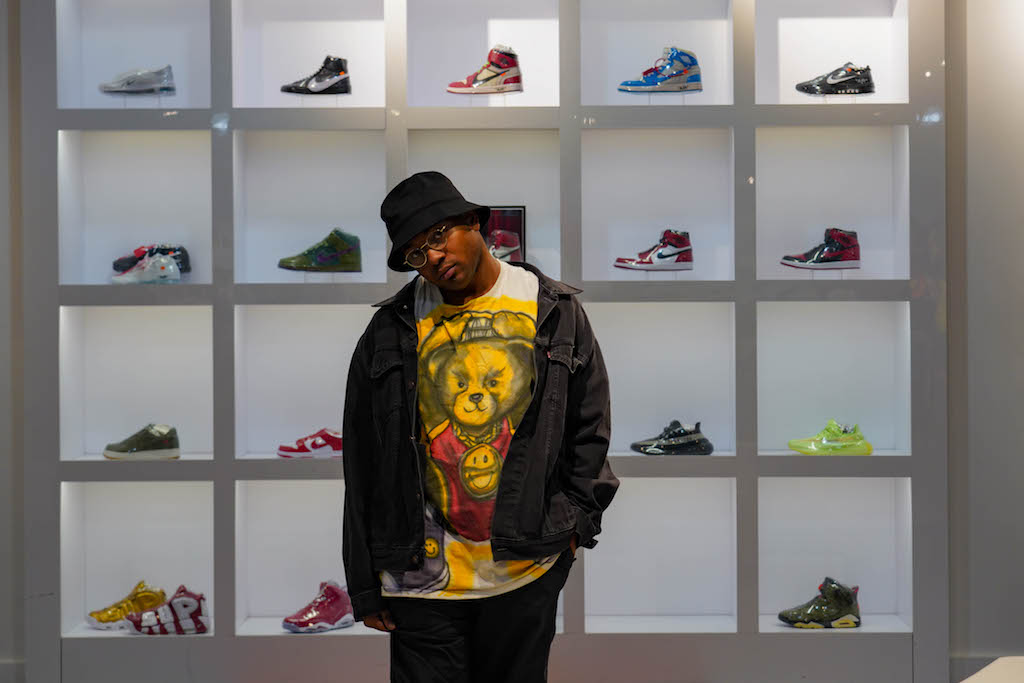 Washington has a unique outlook on his creations. “Music isn’t a product,” he said. “It’s an investment.” Most have heard the term, “it’s the journey, not the destination, that matters,” but this is different. The idea takes into account the unwavering knowledge that an artist’s product is their commitment and their risk alone. It’s confidence manifested in microphones and beat machines and speakers. This mindset is a direct reflection of Washington’s outlook on Denver’s rap community — a two-way street that has been a love-hate relationship for a long while.

“We’ve got the most unique artists in the country. No one touches our shit. Who else has an artist like N3ptune? Or a Trev Rich, a Tracey Chapman, a Kayla Rae, a Jay Triiiple? Sure, there are certain similarities to national acts, but I’ve been to these big markets to play shows. I’ve observed their scenes. They’re all wonderful, but you see a lot of replication. Everyone here is finding their own identity, and since we don’t have the resources of a major label on-site, there’s twice as much grinding. Another two I’m really admiring are Jaystvsh from Aurora and JMAT007 from Colorado Springs. It’s endless.” 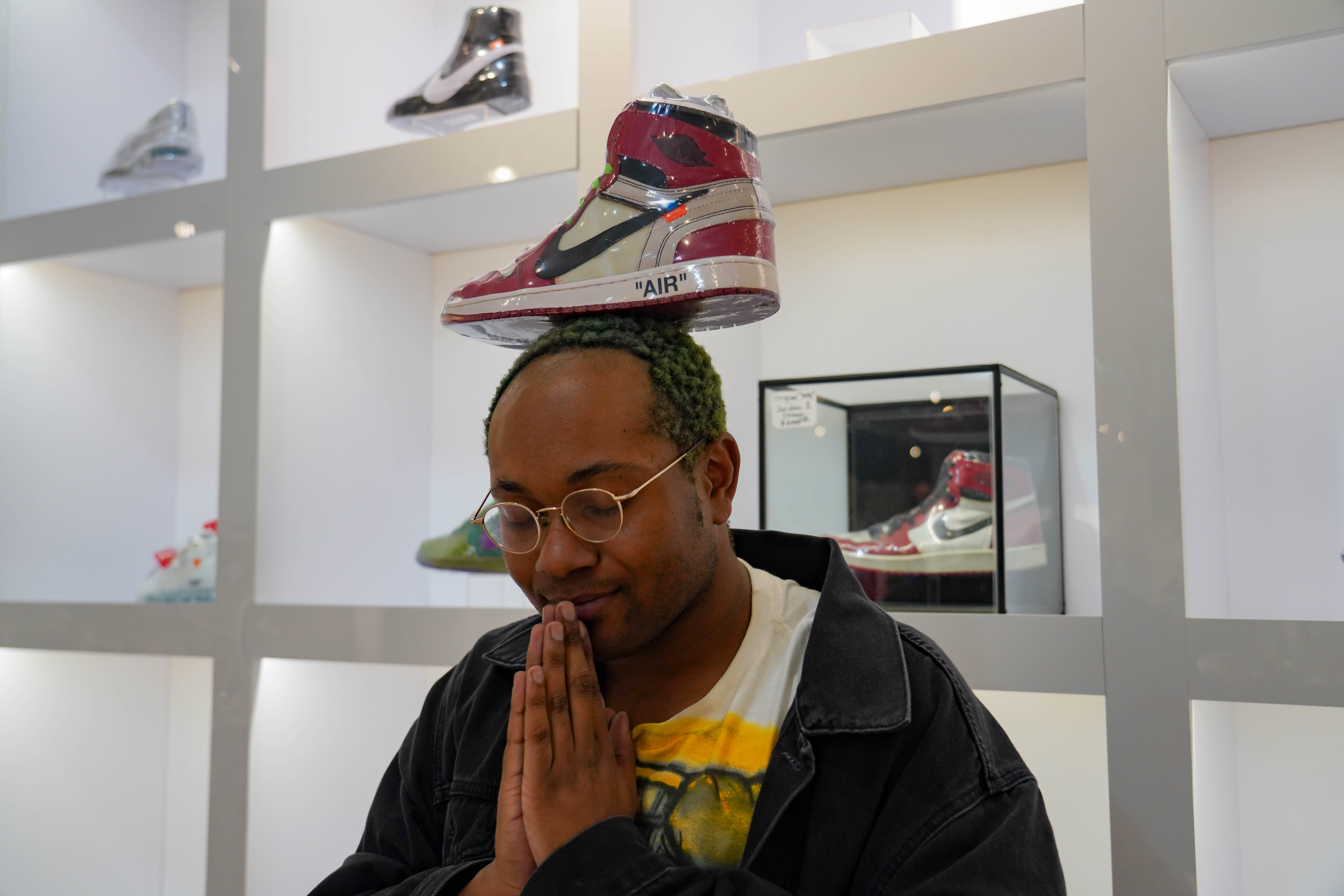 On the contrary, Washington believes there are a number of things holding Colorado’s rap scene back. He’s brutally honest in his criticisms, and rightfully so. “There’s a fear of taking a leap or a risk here,” he said, amongst other points. But one point, in particular, stands out as a truly great reason for Denver’s shortcomings.

“First off, we’re broke. What’s bad about it though is artists will be perpetrating that they got money. It irritates the hell out of me. That same mentality carries over to the constant desire to go viral. Dudes wanna be viral so bad. Like okay, if and when that happens, how do you even plan on leveraging or monetizing it? 90 to 95 percent of these artists don’t even own their publishing rights, so they fall into becoming a 360 artist. How’s that helping Denver and Colorado? There’s a lack of information on how to truly be self-sustainable here, and it shows. Dudes won’t pay a whole hundred bucks for their own publishing, but will drop a bag on a pound of weed.”

He makes a wonderful case. Too often we see artists hit on a song or two, then ship out to Los Angeles and turn into a marionette for Capitol or Atlantic. Why do they do this? For a sliver of shine. Washington sees through this façade and still shoots higher than ever. He tells me he dreams of a project executive produced by Kanye West, as well as a collaboration with Donald Glover. The way he maps it out, however, instills a sense of certainty, making it hard for me not to believe that one day it will happen. And take it to heart — he’s going to do it on his own terms.

“When I saw Dolph passed, that made me double down on my dreams,” he said. “Building an empire like what he did with Paper Route. And I move accordingly to make that happen. I try to spread love, healing and awareness through my music. That’s pretty much my purpose on earth. It’s what I’m here to do.” 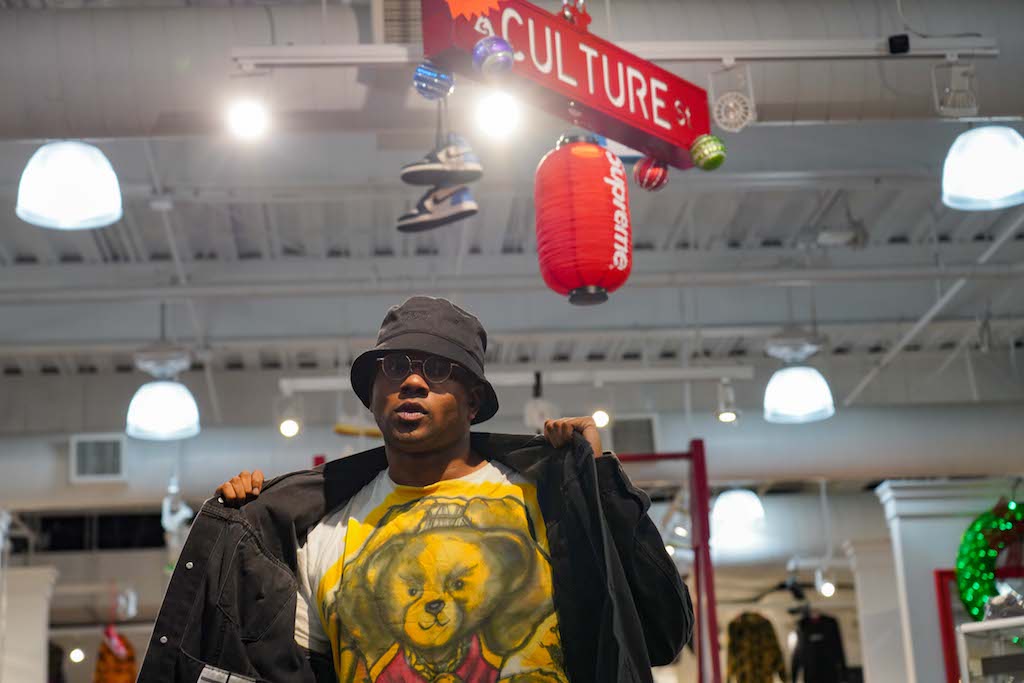 Washington is dropping a project on New Year’s Eve — Children of the Indigo — the first in a trilogy of records titled in correlation with his mind, body (Olympic City) and spirit (Mbundu). This time around, it all belongs to the man in question. The record was made by Washington, owned by Washington and predicates freedom within the music world. The brilliant young visionary isn’t just doing things his own way — a jump he hopes many of his Colorado peers find — he’s doing something much greater, and with aggressive confidence: betting on himself.

All photography by Shelby Moeller