Latest Track ‘The Truth’ By Oba The Great Is the Reflection of His Courage, To Be Honest With Himself – Daily Music Roll 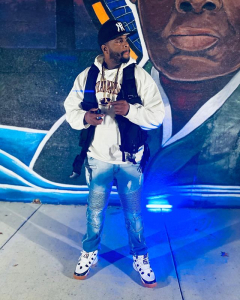 With a brilliant exhibition of craftsmanship, artist Oba the great has been giving some of the best performances of this genre. The hip-hop music, which has grown faster than any other genre, the artist displaying his expertise seems to be a figure that the genre needed for a very long time. With h style of rapping, accompanied by adequate beats and music, he has produced many tracks that have won hearts and inspired hundreds of budding New York hiphop artist to pursue music. His passion and enthusiasm both are involved in his composition, which further communicates with his audience through his tracks.

The tracks of the artist, Oba The great symbolize growth, which has developed out of his tenacity or perseverance in his life. As per the artist he has never had an easy life, since childhood he has faced a lot of hurdles that made him stronger and rise above the circumstances. All his raps seem to be the outcome o his struggle that renders him immense confidence in his musicality. Moreover, he mentioned that his songs are the expression of his lifestyle. His songs are dedicated and composed for those who are not afraid of sharing their feelings and saying the truth. The song, ‘The Truth’, is one of such instances of this sublime thematic significance of the artist.

His tracks consist of stylized rhythm in music that accompanies his powerful rap. His raps are enchanting. It has a charismatic approach that easily draws the attention of the listeners to his rap. All his songs exhibit a proper mixing of beats with a rap that gives a rhythmic flow to his tracks. His songs ‘The King of nothing’, Martial Law, ‘Gawd Of War’, and ‘No God Can Save You’ are some other examples of his style.

The latest track of the artist, ‘The Truth’, in which he has collaborated with another rapper Yeezbaby, is the most powerful performance given by the artist so far. The beats, rhythm, rap all elements of hip-hop put in the perfect measure make the song one of the best tracks of the genre. The use of poetic techniques and rhetoric has further enhanced the track and intensified its thematic significance. YouTube is now witnessing high traffic on its page.

Jennifer Stone has turned her love of music toward writing. She is the of the writers of Daily Music Roll and indulges in creating positive reviews, music blog and music press releases for various artists here.