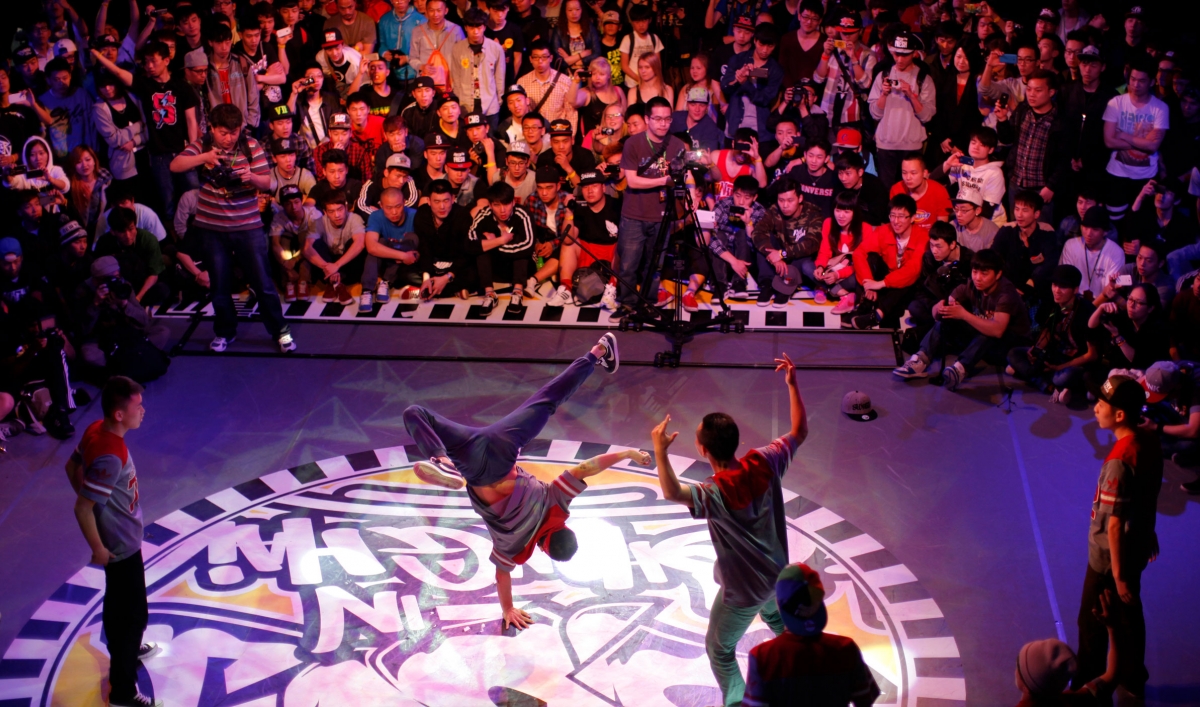 But after he was verbally abused on a New York subway earlier this year, as fears of the coronavirus led to racially charged attacks on Asians in the US, he felt he needed to be more proactive — and vocal — about standing up for people.

“COVID[-19], really, in a twisted way, gave me a slight glimpse of what it might be like to be a Black person in America.”

“COVID[-19], really, in a twisted way, gave me a slight glimpse of what it might be like to be a Black person in America,” he said. “Also, the momentum of seeing everything happening around me, especially in New York, there was no way that with everything that was happening, that I could have sat still and just kept thinking, ‘Oh, I just need to be nice to every person.’”

In the past few months, he’s become more active and outspoken, going to Black Lives Matter protests, learning more about the civil rights struggle, donating money to social justice causes and using social media to encourage others to do the same. But he’s been struggling to find a way to make music that reflects this experience.

Related: Family of detained Chinese activist calls for his release

These are issues that many other artists of Asian ethnicity are grappling with in the US and around the world. Given the Black roots of hip-hop, rap, K-pop and other musical genres, BLM is hard to ignore, but artists straddle all kinds of considerations including restraints on freedom of expression in their respective countries.

“It’s a weird time to make music because I can’t write anything that’s not about what’s happening right now [— ] but for me to put that out as a song, that feels weird, too.”

For Bohan Phoenix, it affects him personally, and in his approach to music: “It’s a weird time to make music because I can’t write anything that’s not about what’s happening right now [— ] but for me to put that out as a song, that feels weird, too.”

Recently, Bohan Phoenix and Jamel Mims, an American rapper who spent years in China and performs as MC Tingbudong, did a broadcast on Instagram talking about Asian communities and Black Lives Matter. The two shared their experiences, traded rhymes and talked about what the role of hip-hop artists should be.

NO FASCIST POLICE STATE 📸@meldcole Emergency protest Swipe 👉🏾👉🏾👉🏾 for details Quick story: I first met the homie @meldcole in 2008- spending a night in jail together after an incident of police brutality in Boston. I had just got accepted to the @the_fulbright_program, and I was at a street wear party with @cyberamaris & @sabel_boo that was broken up the cops – and as we left the scene- the pigs followed us and attacked us. They pepper sprayed the homie @vncnt_mchl, dragged @donedealwil around in handcuffs, dragged me into the streets right out of Amaris’ arms, and snatched up Mel, smashing his camera to try to destroy the evidence. Days later I got a call from the State Dept. – naively thinking they would rush to the defense of one of their scholars – but instead saying my grant would be in jeopardy because of a “run in with the law”… From that incident, I learned police brutality was systemic – but it wasn’t until I linked with the @therevcoms in NYC, that I learned that you need a revolution to actually deal with the oppression of black people. Fast forward to now, with a fascist in the White House, and protestors being snatched off the streets by Trump’s #gestapo for demanding #BlackLivesMatter, it’s clearer than ever. Shoutout to Mel for seriously stepping up in this period, and not just documenting, but fighting on the frontlines. This is a time when we have to marshal every nonviolent tactic to drive out this regime, as part of breaking through to a revolution that can end this brutality and oppression for real. It’s gonna take ALL of us✊🏿

Rita Fan, a hip-hop writer, penned an article on the small minority of Chinese hip-hop artists speaking up in support of Black Lives Matter.

Most big hip-hop stars have stayed silent, according to Fan. That’s because mainstream hip-hop in China today isn’t rooted in any fight for social justice, she said.

“Young people maybe just see, ‘Oh, this is trendy. This is fashionable, and this seems so cool. It makes money.’”

“Young people maybe just see, ‘Oh, this is trendy. This is fashionable, and this seems so cool. It makes money,’” she explained.

For the past two decades, hip-hop had an underground following in China. Then, three years ago, an online TV show, “The Rap of China,” changed all that.

“The first season of ‘The Rap of China’ popped up and just exploded everything,” she said.

The online TV show brings in millions of viewers and has launched huge careers for many new artists. Bohan Phoenix said these artists and fans embrace the look and sound of hip-hop, rooted in Black culture, without learning the history.

Related: Racism against African Americans in China escalates amid coronavirus

That’s similar to K-pop in Korea, says Hye Jin Lee, who is a clinical assistant professor at the University of Southern California’s Annenberg School for Communication and Journalism.

“So, even in Korea, there’s not a whole lot of political connotation in the music or in the performance of hip-hop,” she said. “It’s more of a commercial tool to express one’s so-called swag and coolness.”

In the aftermath of George Floyd’s death after a white, Minneapolis officer knelt on his neck for nearly nine minutes, some K-pop, and Korean and Chinese hip-hop artists posted on social media in solidarity with the Black Lives Matter movement.

Korean fans could read along in real-time what K-pop stars were posting on Instagram and Twitter, which are popular platforms in Korea. But Chinese fans couldn’t read what was being said by the biggest Asian American hip-hop label 88rising, and its stars Higher Brothers, on social media platforms that are banned in China. And 88rising stayed silent on Weibo, China’s social media site.

Lee said overall, the K-pop industry is more connected to Black culture in the US than is Chinese hip-hop.

“First of all, the K-pop industry itself is built on Black music and also because K-pop’s popularity in the States owes heavily to the African American fans here,” she said.

With only 51 million people in Korea, K-pop has had to be more outward-facing. It’s now a global industry with K-pop artists all over the world, like Jay Park, based in America. Lee said that the global nature of K-pop helps to explain why the band BTS and its management company, Big Hit Entertainment, donated a million dollars to Black Lives Matter.

One reason why big Chinese stars may shy away from speaking out is that discussing politics in China is tricky. And with the Hong Kong protests becoming a flashpoint between the US and China, staying quiet might seem the safest bet to avoid problems with authorities and fans who are keeping tabs.

The most vocal support for BLM has come from hip-hop artists with a smaller, more underground following. Fan, the hip-hop writer, said that hardcore hip-hop fans knew which artists would speak up.

The Beijing rapper, Saber, put out an unofficial music video on Weibo with a long statement. He also has a song, “We are Hip Hop,” which includes lyrics that share his response to the Black Lives Matter movement.

“We’re all human regardless of our race or nationality,” he raps, wearing a Kobe Bryant jersey. “If you empathize, then you must fight for freedom. If oppression exists, we must speak up.”

Nasty Ray, another underground Beijing rapper, recently put out a Black Lives Matter mixtape for his fans which included songs by Tupac Shakur, Kendrick Lamar, Snoop Dogg and Childish Gambino. Inside the mixtape CD case, the words, “Love Black People Like You Love Black Culture,” is in giant letters.

“Since I was young I’ve been influenced by Black music. I’m a rapper and a DJ so I should use my music to express my support for Black people. I chose songs for the mixtape that would talk about the inequality Black people face,” he told The World via text message.

Major Chinese hip-hop stars may never acknowledge the debt they owe Black artists for the music that’s made them famous. But rappers like Saber, Nasty Ray and Bohan Phoenix are beginning to use their music as a platform to educate their fans about social justice and the history of hip-hop — something they’re continuing to learn themselves.