In his class Hip-hop History and Culture, Professor Chad Williams charts the trajectory of the musical genre from its roots in the African Diaspora to Cardi B. 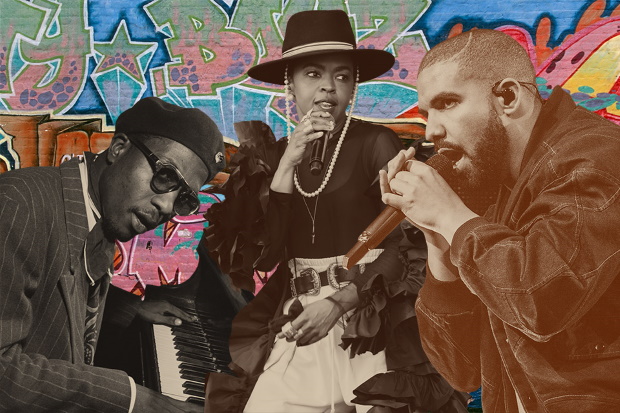 As part of an ongoing series, BrandeisNOW is asking faculty members to offer insight and analysis into their courses’ subject matter. 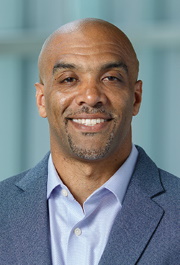 How would you assess the importance of hip-hop today?

I think hip-hop is arguably the most dominant form of not just musical culture today, but popular culture more broadly. I don’t think there’s any aspect of certainly American society and, arguably, even global society, that hip-hop has not touched in some way, shape or form.

And when I say that, it’s beyond just the music. One of the main points that I emphasize from Day One in my class is that hip-hop is indeed a culture. And as such, it permeates all different aspects of society and people within societies.

In your class, you trace the roots of hip-hop back to the African diaspora hundreds of years ago.

Hip-hop is the product of a long history dating back to West Africa and the trans-Atlantic slave trade.

We also look at other musical traditions, like Negro spirituals, the blues, jazz and R&B. Hip-hop is the culmination of a number of different cultural influences, many being African American, but also from the West Indies, Puerto Rico and the Dominican Republic.

By the mid-1980s, you have hip-hop being popularized on a national scale and influencing African American culture in a number of different ways, certainly in terms of music, but also in the ways people talk, walk and dress.

You also can’t look at the emergence of hip-hop without connecting it to African American politics. Hip-hop from its beginnings was very political. It was birthed from the  economic, social and political marginalization of Black and brown people.

In the post civil-rights moment of the early 1970s, as the country moved increasingly to the right, when poor people, and specifically Black and brown people, were being forgotten in urban areas and their economic opportunities taken away, hip-hop emerged as inextricably connected to the political struggles of these communities and their need to be seen and have their voices heard.

You also study how politicians respond to and even exploit hip-hop.

I like to point to the 1992 [presidential] election with Bill Clinton’s “Sister Souljah moment,” where Clinton singles out [the activist and musician] Sister Souljah for her comments in the aftermath of the Los Angeles uprising. She made a tongue-in-cheek remark about Black people killing white people that Clinton decried as racist, going so far as to liken her to Ku Klux Klan leader David Duke.

Basically, he used hip-hop as a foil to demonstrate his centrist approach to governing and how he was a “New Democrat” unafraid to criticize Black people.

I also argue that you don’t have a Barack Obama without hip-hop. His campaign was very skillful at marshaling hip-hop and marketing Obama as a hip-hop icon.

The coalition that he pulled together was really the hip-hop coalition of that generation. I’d even consider myself in that group. We were raised on hip-hop and with it, a healthy skepticism of the American democratic experiment, but also with a sense of possibility, as well.

You focus on a number of female musicians, starting with blues singer Bessie Smith in the 1920s and ’30s.

Smith was a product of the Jim Crow South and a queer Black woman. She and other blues artists were oftentimes very sexually explicit in talking about their experiences and desires. They showed the rebellious nature of the blues and also how Black women carved out a unique space for themselves within blues culture that challenged many of the gendered norms of the early 20th century.

You can’t talk about [the rappers] Megan Thee Stallion, Nicki Minaj and Cardi B without talking about Bessie Smith.

You keep the class up to date by talking about contemporary hip-hop artists. This semester, you had students analyze Cardi B and Megan Thee Stallion’s song “WAP.”

“WAP” is a very sexually explicit song which garnered a lot of attention and controversy upon its release. But it speaks to a larger issue about the place of women in hip-hop — where they stand in relation to their male peers who are free to express their sexual desires and conquests, yet when it’s women rapping about their sexuality and sexual freedom, it’s deemed as not respectable or appropriate.

For one assignment, the students create a work of graffiti based on a hip-hop name they give themselves. We’ve heard you’ve done one for yourself. Would you care to share it? 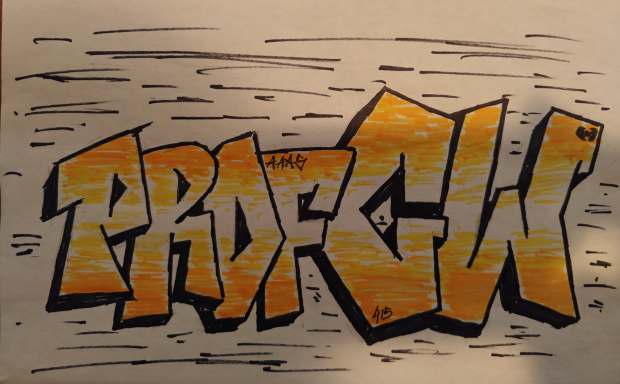 At the end of this exercise I ripped my piece to shreds and asked all the students to do the same with theirs to emphasize the point that as a graffiti artist, you have to accept that your work won’t be permanent. Some students couldn’t do it!