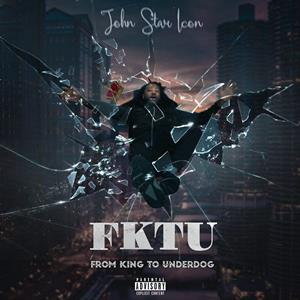 New York, NY , Nov. 03, 2020 (GLOBE NEWSWIRE) — The young musical talent is raising the bar for others in the field, with his EP pre-orders crossing 4000 copies already independently.

The world never seems enough for all those people who are determined to go beyond boundaries and create something of their own, which can inspire many others out there in the world. When it comes to the music industry, we are well aware of how youngsters from different backgrounds have come to the forefront of the industry and have proven their mettle to stand apart from each other for creating their own niche. John Star Icon is the rising star of the music field in the US, who believed he could do something unique in music with his talents and passion and so did he.

The talented youngster has also been a two-time No.1 best-selling author, who has his books on Amazon. What’s even more impressive about John Star Icon is that he is all prepped up to serve all his listeners and fans right with his latest EP named ‘From King To Underdog’ (FKTU), set to get dropped on October 31, 2020. The song which is seen as a potential hit already even before its release has caught all the more attention now, where John Star Icon, with the help from local club promoters, has made the EP pre-orders cross 4,000 copies already.

This has strengthened the foundation of John Star Icon as an independent artist. The youngster has gone all out to not only create that hype for his upcoming EP ‘From King To Underdog’ (FKTU) but has proved why he deserves the recognition and fame listeners and music lovers have given him so far in his career. John Star Icon who has always drawn inspiration from artists like Jay Z, Biggie Small, etc. had his earlier singles ‘Right Now’ and ‘Hoot Tours’ turn out incredible successes. He has collaborated with many top names of the industry so far, like dipset artist Jr writer, Papoose and Cory Gunz.

Creativity means different things to different people and for John Star Icon; music is where he found the meaning of his life. The youngster hails from Staten Island, New York and since his growing years always got attracted to all thing creative and artistic. This is the reason he also ventured into the media and entertainment world and honed his skills as a video director and editor.

However, in the year 2009, John Star Icon realized his love for music and rap and since then began working upon his talents in music. Gradually, he earned special recognition from listeners and music lovers for his no-nonsense, raw and hardcore verses that revolved around the many experiences of his life journey in the form of his debut mixtape with the renowned G-unit Dj whoo kid on the album ‘Rise of a star’.

It is incredible to know about a musical talent, rapper and an independent artist, taking over the industry with his latest EP creating milestones with increasing numbers of pre-orders. John Star Icon is probably the only versatile professional who is inspiring the world not just as a rapper, but also as a best-selling author, video director and editor. To know more about the music star, follow him on Instagram https://www.instagram.com/johnstaricon/