There’s a big fight coming in the garish, violent world of mixed martial arts: Campbell McLaren is plotting his comeback.

Campbell who? McLaren is one of the most influential expatriate Scots you’ve probably never heard of, a smart TV producer who in 1993 was a founder of one of the most profitable businesses in sport: UFC, otherwise known as the Ultimate Fighting Championship.

Now he is ambitious to make Combate Global, his own company with its “spirit of globalism”, the world leader in this rough, tough, fairground attraction of a sport. 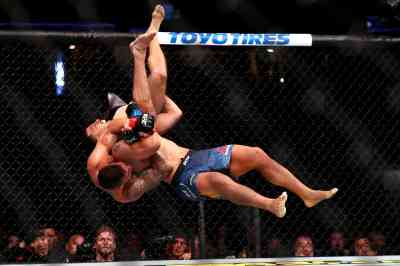 UFC fighters such as Christos Glagos and Drakkar Klose can kick, punch or wrestle

For the uninitiated, UFC and Combate bouts pit fighters from different or mixed martial arts (MMA) backgrounds against each other in caged rings, in front of a baying crowd.