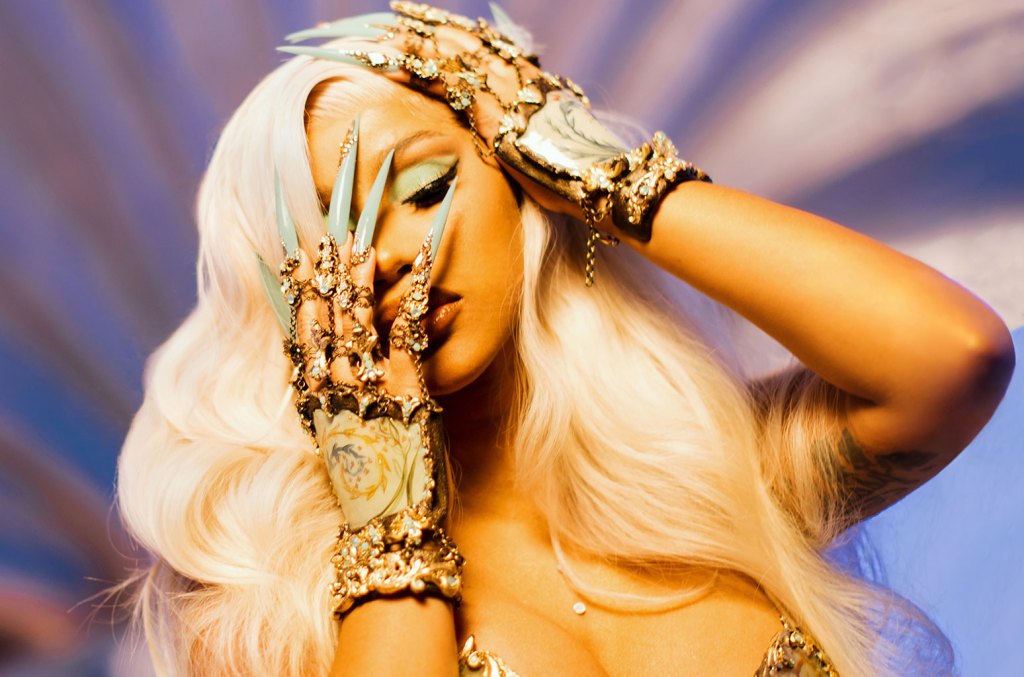 Cardi B’s “Up” knocks down every current challenger on Billboard’s Hot R&B/Hip-Hop Songs chart as the single debuts at No. 1 on the list dated Feb. 20. With the start, the rapper posts consecutive chart-topping debuts while she also claims a feat unseen on the Billboard Hot 100 in over 20 years.

With “Up,” Cardi B lands consecutive No. 1 debuts on Hot R&B/Hip-Hop Songs, after “WAP,” featuring Megan Thee Stallion, likewise opened on top last August as it began a 10-week domination. The combo makes Cardi B the first artist to post two straight No. 1 debuts on the chart as a lead artist, and second overall performer after Drake, whose consecutive starts came from a feature spot on Rihanna’s “Work” and his own single “Summer Sixteen” in 2016.

In all, “Up” is Cardi B’s sixth No. 1 on Hot R&B/Hip-Hop Songs, notably with at least one in each of the last five years. Here’s the full collection:

Elsewhere, “Up” begins at No. 2 on the all-genre Hot 100, behind Olivia Rodrigo’s “Drivers License.” Still, the song’s arrival makes for a Hot 100 achievement that hadn’t happened in more than two decades. Until “Up,” no woman had debuted higher on the Hot 100 with a song with no other billed artists that also made Billboard‘s Hot Rap Songs chart since Lauryn Hill’s “Doo Wop (That Thing)” in 1998, the only other single in the club.

As implied in the prior stat, “Up” also debuts at No. 1 on the Hot Rap Songs chart.

“Up” arrives with, no surprise, a high streaming sum. The track, released Feb. 5, registered 31.2 million U.S. streams in the week ending Feb. 11, according to MRC Data. The total allows for a No. 1 start on the R&B/Hip-Hop Streaming Songs chart, where it becomes Cardi B’s fifth leader of her career. It likewise opens atop the all-genre Streaming Songs ranking to mark her fourth champ.

The No. 1 debuts keep coming as “Up” launches as Cardi B’s seventh song to reach the summit on the R&B/Hip-Hop Digital Song Sales chart thanks to 34,000 downloads sold in the week ending Feb. 20.

For the final metric that contributes to the Hot R&B/Hip-Hop Songs chart, radio airplay, “Up” is not No. 1 – no song is this early in its arc – but does establish some personal bests for Cardi B’s career. The track’s No. 24 debut last week (on the chart dated Feb. 13) marked her highest entrance among 20 singles on the R&B/Hip-Hop Airplay chart, while its 24-18 increase on the current chart ties “Motorsport,” her collaboration with Migos and Nicki Minaj, as her best second-week rank of those entries. “Up” ascends as it registers 8.7 million in audience impressions in its first full tracking week on the radio format, which wrapped on Feb. 14.

Elsewhere, “Up” rallies 17-9 on Rap Airplay in its second chart week and flies 31-17 on Rhythmic Airplay.