Author of Book About Collector of Black Protest Music Will Lead May 17 Jandoli Institute Forum – TAPinto.net 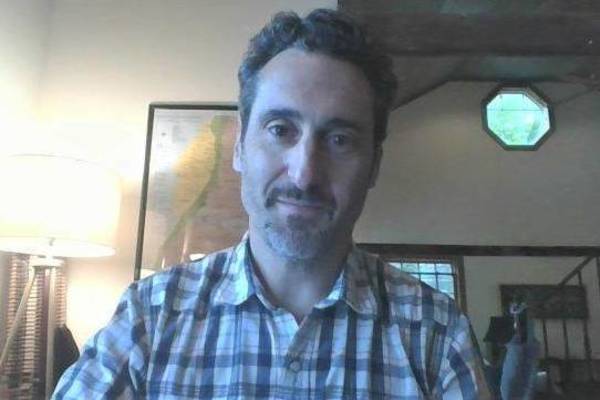 ST. BONAVENTURE, NY— Lawrence Gellert, a music collector who worked to introduce white audiences to a tradition of Black musical protest during the 1930s and 1940s, will be the subject of the Jandoli Institute’s next music and social justice online forum.

Dr. Steven P. Garabedian, author of a book about Gellert, will lead the discussion, which is scheduled for May 17 at 7 p.m.

“Musically, I see a parallel between the music Gellert collected and today’s hip hop,” Garabedian, an assistant professor of history at Marist College, said. “Politically, the lesson of Gellert and Black musical protest is one about the value of dominant culture allies to communities in struggle, cross-cultural coalition and its perils, and the stultifying haze of mass white delusion and denial when it comes to the realities of systemic injustice and the long fight to undo it.”

Garabedian’s book, A Sound History: Lawrence Gellert, Black Musical Protest, and White Denial, tells the story of Gellert’s rise in popularity and stature as a music collector, as well as the efforts of critics to dismiss him as a fraud.

“The book is about that rise and fall, but his material was authentic and reliable,” Garabedian said. “I approached the book as a cultural history, not just a story about the collector.”

Garabedian’s presentation, part of the institute’s “Sharp Notes, Sharp Thoughts” series, will be followed by an online discussion with:

Persons can register for Monday’s forum by completing the institute’s online Registration Form.

The Jandoli Institute launched “Sharp Notes, Sharp Thoughts” in October to explore the connection between music and social justice. The institute developed the project in collaboration with the Department of Media, Communications, and Visual Arts at Pace University. Through the project, scholars, musicians, journalists and others show how music has been — and can continue to be — a positive tool for social change.

Previous forums have explored how today’s society should view the Band’s 1969 song “The Night They Drove Old Dixie Down”; the Jazz and People’s Movement, which brought attention to African American jazz musicians in the 1970s; the role fans of musicians can play in promoting social justice, punk music’s ability to question corporate behavior and the role of ticket corporations in the music industry.

The institute serves as a forum for academic research, creative ideas and discussion on the intersection between media and democracy. The institute, accessible at jandoli.net, is part of the Jandoli School of Communication at St. Bonaventure University.

Sign Up for E-News to get top stories delivered daily to your inbox.