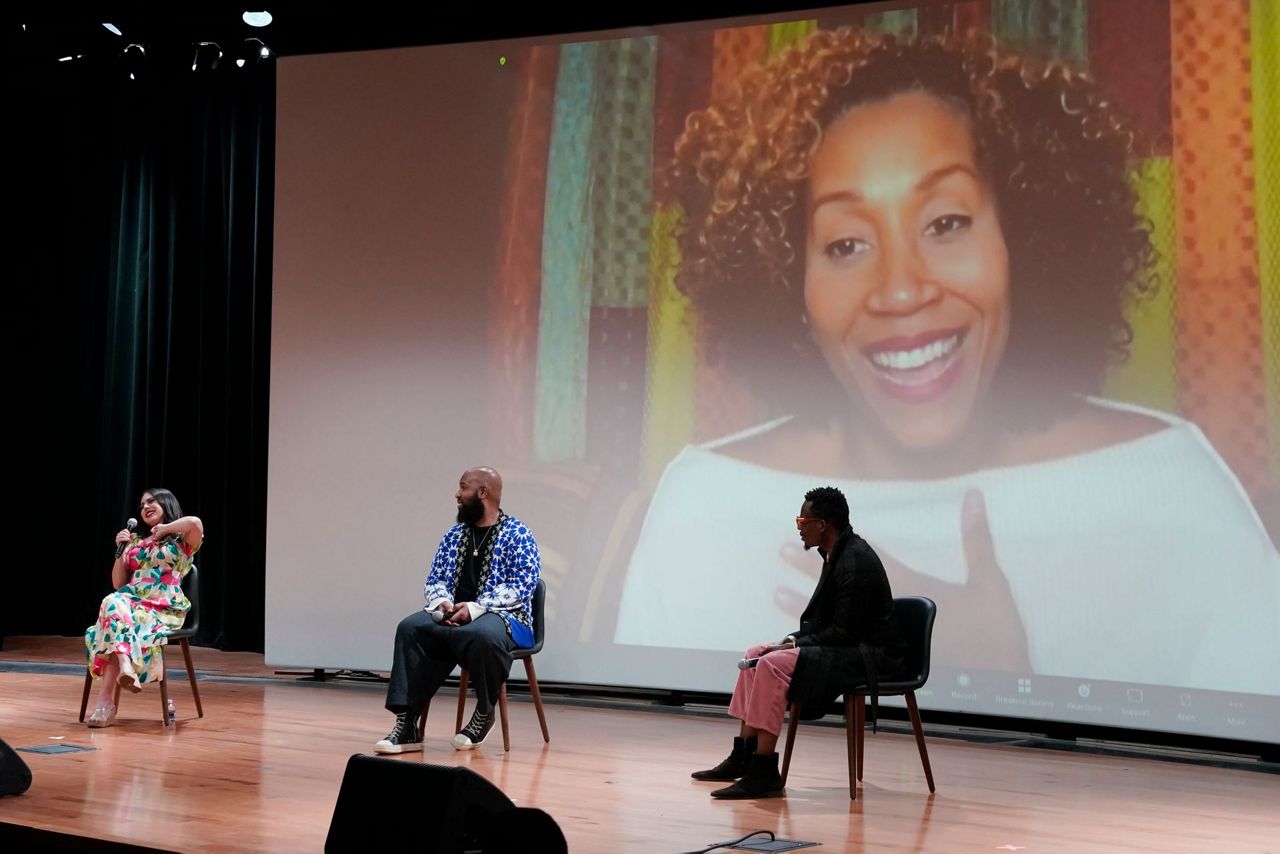 NASHVILLE, Tenn. (AP) — As country music’s biggest stars prepared to celebrate the annual CMA Awards, a group of artists, academics and historians gathered to correct the record on the genre’s past and offer ideas on how it can expand outside its typical white lines.

Just steps from the show’s home at Bridgestone Arena, speakers addressed the erasure of Black artists from country music’s history and whether the industry could be more welcoming to artists of color.

Dubbed the Rosedale Summit and held Monday simultaneously in Nashville at the National Museum of African American Musi c and the Grammy Museum in Los Angeles, it was a timely event acknowledging the genre’s recent struggles to address race within its ranks.

“It’s overdue. The CMAs are later this week and we want to have a conversation about what the awards really should look like,” said Sam Viotty, co-founder of the record label Rosedale Collective and one of the organizers of the event.

Beyond the glittery awards and dazzling on-stage performances, country music has been confronted this year with racial representation not just in its past, but in its future as well. One the genre’s biggest stars, Morgan Wallen, was disinvited from the CMAs this year, after he was caught on camera using a racial slur, but still remains a nominee for album of the year.

The issues that plagued country music in 2021 were reflections of what was happening decades prior. Two pioneers and activists — Dr. Cleve Francis and Frankie Staton — both spoke about being silenced as Black country artists.

Francis, who stepped away from his career as a cardiologist to pursue a career in country music in the 1990s, said in a videotaped message during the event that he was told that the genre would only support one Black country artist and that was Charley Pride.

“It was if the music industry shook the music tree and just one Black man could sing country music,” said Francis. “They were accepting no one else.”

Undeterred, he continued to record and tour and went on to co-found the Black Country Music Association.

“It wasn’t enough to ask people to let us in the industry. We needed our own recording studios, our own association,” said Francis.

Staton said when she first started shopping her songs around Nashville, the publishing houses dismissed her, telling her they didn’t believe she wrote them. Her dream became to help others like her.

“It wasn’t the fans that stopped us,” she said of the barriers to artists of color in country music.

Their work was the blueprint for present day leaders like Rissi Palmer, an Apple Music Radio host who created the Color Me Country Artist Grant program for artists of color; the Black Opry; and Rosedale Collective’s foundation, which is starting an artist residency.

Decades later, artists who work in Nashville say some progress has been made, but much more is needed. Valerie Ponzio, a Latina country musician from Texas, said that progress has yet to extend to writing rooms, where the hit songs are created.

“I want to see it happening in the Music Row writing rooms, where we are comfortable to bring our stories in a country music setting,” said Ponzio.

Ponzio noted many white male new country acts in Nashville have a big financial advantage over a new artist who may be Black, Indigenous or Latino.

“There are so many artists that are funded, but they are all the same type of artist,” said Ponzio. “So surprise, surprise. Who are we hearing making money on the radio?”

The panels also challenged the tokenism that Black country artists often face, such as being invited to certain events because of their race or being the only non-white artist in a lineup.

“I’m really hoping with all the changes that are going on now, it’s not going to be surprising when you see people like us in country music,” said Reyna Roberts, a country artist who spoke from Los Angeles at the Grammy Museum. “I can’t wait when it’s not a surprise anymore, when it’s an everyday thing.”

Copyright 2021 The Associated Press. All rights reserved. This material may not be published, broadcast, rewritten or redistributed without permission.