This Friday, 2 Chainz released the 10th anniversary edition of his 2011 mixtape, T.R.U. REALigion.

Along with all the tracks that appeared on the original tape, 2 Chainz has also offered two new songs to make the deal sweeter for fans. First one is ‘Wreck’ where he joins forces with regular collaborator Big Sean while Hitmaka provides the production.

The other track is ‘Sofa’ which has Wiz Khalifa assisting with a standout guest verse. Buddah Bless is the producer behind this one. Listen below.

Tity Boi is also going on a short tour with DJ Drama to celebrate 10 years of the mixtape, kicking off November 23rd in Chicago. 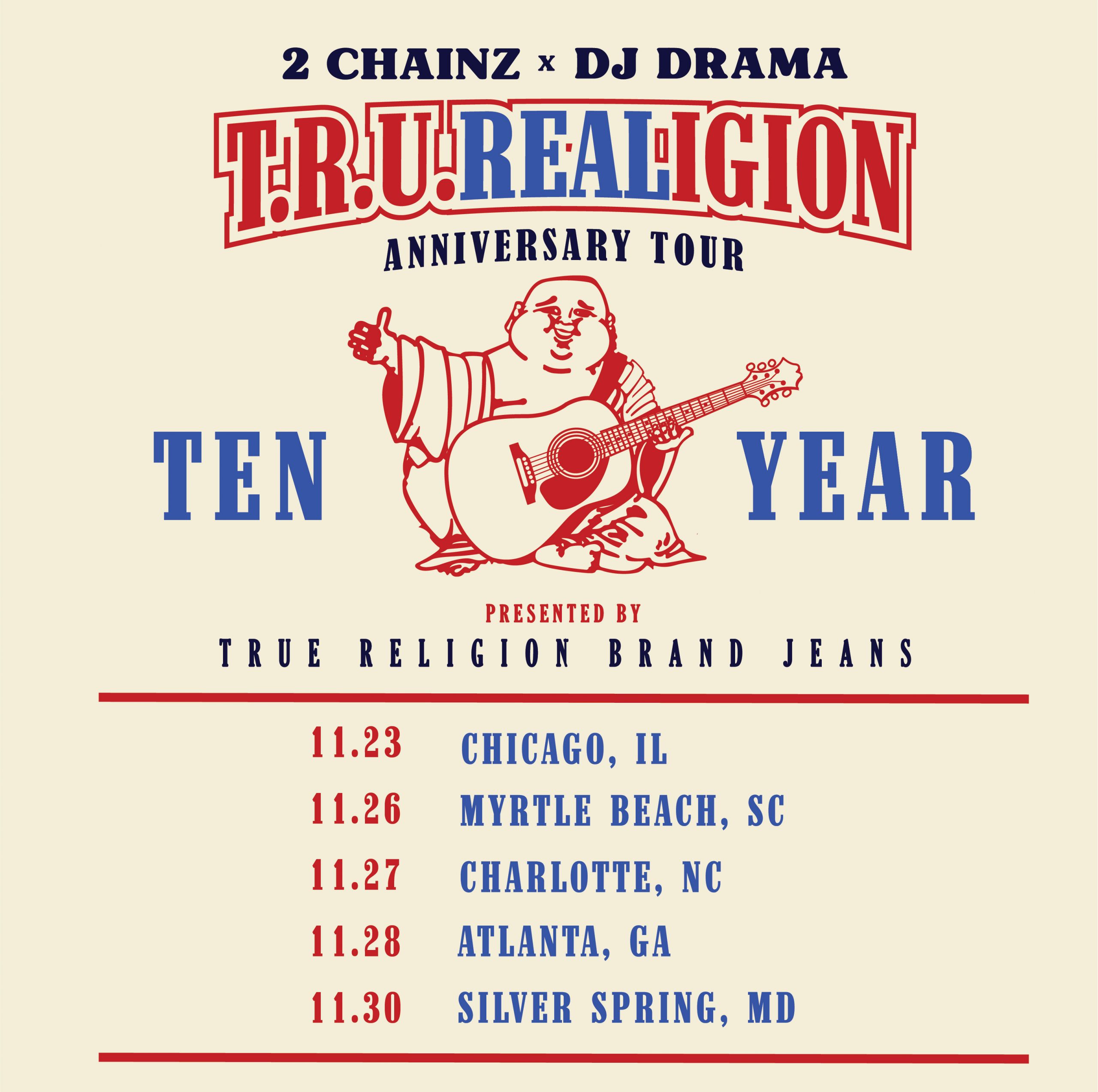