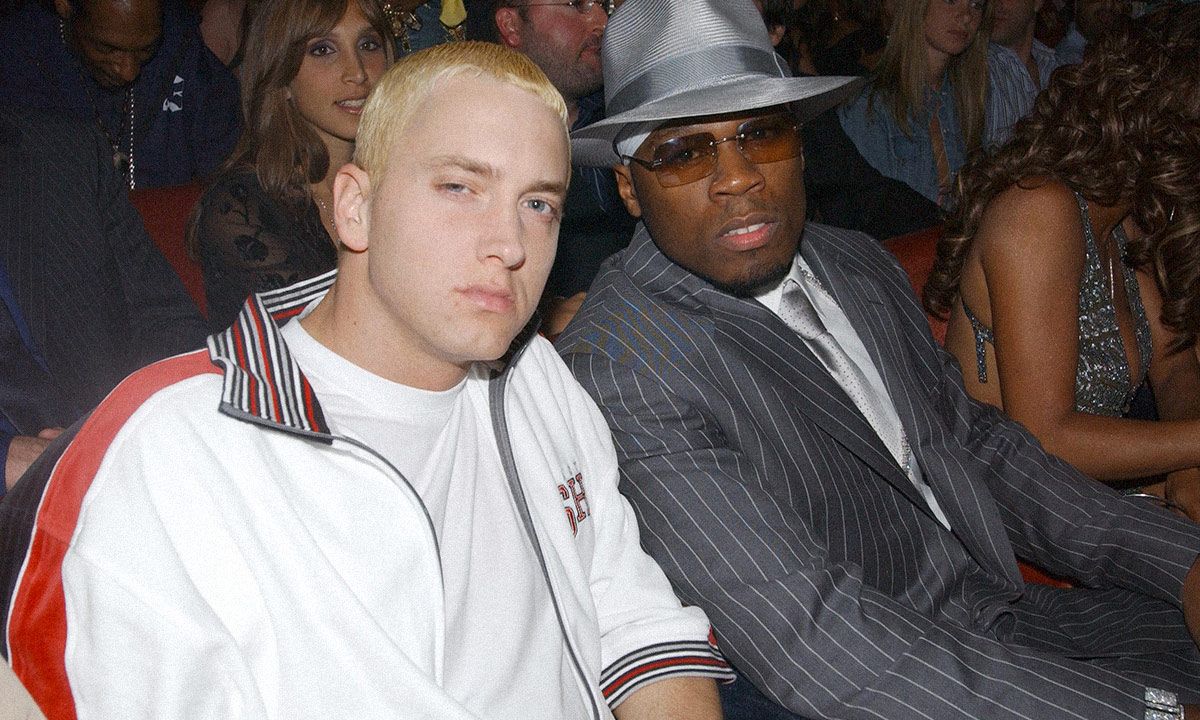 As an effort to expand beyond their principal stage personas, rappers have invented alter egos to tap into their most unusual personality traits and musical abilities. From the hilariously entertaining to the violently sinister, here are the stories behind 10 of the most fascinating hip-hop alter egos.

While rappers aren’t coy to expressing themselves in their music, sometimes they aren’t able to relay every message that crosses their mind via their initial public identities. Often conceived as an outlet to assert unusual personality traits and musical abilities, alter egos can either crack into the darkest corners of a rapper’s imagination, or be used as a simple way for an artist to change up their style. Sometimes radical, sometimes subtle in their divergence from the artist’s usual work, throughout the years we’ve seen our fair share of alter rap personas drop entire albums of their own, make the occasional cameo for a song/video, or get killed off (and sometimes revived) by their creators.

So without further ado, here are 10 of the most fascinating alter egos we’ve been introduced to in the history of hip-hop music. Afterwards, peep the biggest financial meltdowns and a look at the most controversial album covers.

Eminem first introduced his “Slim Shady” persona on 1997’s Slim Shady EP, marking a significant departure from his previous rapping style. Spitting lyrics that reference drug use, rape, mental instability and gore, the Detroit rapper claims that Slim was contrived as a means to vent on topics that he himself cannot. Like a Jekyll/Hyde scenario, Slim often manifests whenever Em’s blood starts to boil, using the volatile character as a scapegoat whenever things take a menacing turn in his songs. Though the sinister alter ego was scarce on Marshall’s 2010 comeback hit Recovery, the character was revived and up to his old tricks in a slew of the rapper’s succeeding releases, proving that he’ll always have a definitive role in Eminem’s marque.

Amidst the squadron of Nicki Minaj’s alter egos lies Roman Zolanski – the rapper’s gay, hyper-flamboyant and outspoken doppelgänger that is perhaps her most well-known and utilized. Roman’s erratic persona and biting rapping style have often drawn parallels to Eminem’s Slim Shady – the dynamic two even collaborated on Nicki’s Pink Friday track “Roman’s Revenge.”

Like Em’s rapport with Slim, Roman permits the baby-voiced rap vixen to tap into a fire-breathing, cheekily nihilistic spirit that’s garnered countless guest appearances and performance cameos. After Minaj released Pink Friday: Roman Reloaded – The Re-Up in 2012, fans and critics alike noticed the absence of their beloved salty spitfire. Over the course of 2013, Roman’s absence increased speculation that the rapper may have indeed retired the character, which was confirmed in 2014 after Nicki declared that she “got tired of him” so he “died.” No word on if Roman will ever be revived, but we’ll proceed to pour on out.

Of the many Freudian ID’s conjured up in Tyler, The Creator’s twisted mind, Wolf Haley serves as the rapper’s go-to for all things anarchic, badass and creative. The “cool-ass red headed ginger dude” that he aspires to be, Wolf is Tyler’s persona that surfaces when the bad influences in his life sabotage his train of thought – colorfully illustrated in his MPD-style tit-for-tat with the character in the video for “Yonkers.”

One of the most enigmatic alter egos featured here, the identity behind Captain Murphy took months of speculation (hypotheses included Tyler, The Creator, Earl Sweatshirt and Zeroh) before it was finally revealed to be the alter moniker of electronic producer Flying Lotus.  Based on the animated Sealab 2021 character of the same name, Murphy first appeared on 2012’s Duality mixtape and on Flying Lotus’ 2014 LP You’re Dead!

FlyLo formed the character as an outlet to experiment with genres outside of the electronic realm, telling XXL in 2013: “I needed to say some shit and also I wanted to do something that didn’t have any pressures or stigma.” Appearing in the form of a Grim Reaper-meets-Rick Ross-looking cartoon, Captain Murphy’s mysterious backstory was imagined in an episode of the 2014 Adult Swim Summer Singles series (see above). When asked about his initial choice to keep the character anonymous, Lotus revealed, “I wanted people to take me seriously. Not like, ‘Oh, that’s cool. He’s rapping now. That’s cute.’ No, I didn’t want to do that.”

Though conceived early on in his career, the T.I.P. moniker was spotlit on T.I.’s fifth studio album T.I. vs. T.I.P. (2007). On the LP, the ATL rapper uses both sides of himself – the suave, level-minded CEO (T.I.) and the hood, street-talking former dope boy (T.I.P.), with the two occasionally dueling on the same track. Throughout the album, T.I. flexes his grittier T.I.P. persona to voice more personal, home-hitting topics, while the former retains the larger-than-life emcee image most commonly recognized in the media. T.I.P. was conceived as a way for the rapper to come to terms with the hardships of his past and look back on all of the blood, sweat and tears lost during his road to success.

Few rap ruses have managed to leave as big an impact as hip-hop funnyman and Digital Underground leader Shock G’s iconic Humpty Hump persona. Unlike many other alter rap identities which are conceived as a means to channel aggression and darker personality traits, Humpty Hump was realized purely for sitcom. The character, who sports a buffoon-like personality, Groucho glasses-and-nose disguise and a hilariously nasal voice, also proved to be quite a profitable jape for Shock – Humpty’s 1989 anthem, “The Humpty Dance,” topped global charts and has been sampled by over 50 other artists (including the Spice Girls,) keeping the royalty checks a-flowin’.

Shrouded in a cloud of conspiracy theories, it’s been widely uttered that Tupac formed his Makaveli moniker during a stint in prison where he studied the works of Italian historian Niccolo Machiavelli. Allegedly inspired by Machiavelli’s attempts of fooling his enemies by faking his own death, Tupac recorded his sixth studio album The Don Killuminati: The 7 Day Theory under the Makaveli stage name, which was released posthumously as the rapper died six months prior to the LP’s scheduled release – resulting in a wave of bizarre speculation that Tupac actually faked his own death.

The Makaveli era of Tupac (as told through Killuminati) serves as a verbal declaration for America’s urban “thug” youth to unite, which is supported by the album’s recurring motifs of gangsta pride, humanity and the cause of becoming a “true thug.”

The origin of Quasimoto dates back to Madlib’s early years of recording beat tapes in his native Oxnard, California  – conceived when the producer started rapping to his own beats. Known for his surreal, Helium-guzzled voice, the character made his big coming out via a critically acclaimed debut album – The Unseen – back in 2000, fortifying Madlib’s underground reputation as one of the most creative and fearlessly skewed creators in hip-hop. Joining the likes of many other rogue rap aliases, Quasimoto serves as the devil on Madlib’s shoulder, doing and saying what the producer cannot while Madlib interplays as a noncommittal collaborator.

Many rappers develop alter egos to channel certain (often darker) sides of themselves dissociated from their dominant persona. However, such is not the case for the London-born, NY-bred Daniel Dumile, who formed his entire rap career around his “super villain” stage identity, MF DOOM. After a series of capricious record deals during the early ’90s with his moderately successful (but ultimately failed) rap group KMD, Dumile re-emerged on the scene in 1997 after a four-year hiatus, performing at open-mic nights in New York donning a range of disguises.

In 1999, under the guise of a metal mask-wearing, Marvel comic-inspired alias, the rapper dropped his full length release, Operation: Doomsday, under the moniker MF DOOM, earning him a wave of underground buzz. A backstory drenched in sci-fi and comic book references, Dumile revealed to Wire in 2005, “The MF DOOM character is really a combination of all villains throughout time…It’s an icon of American culture. I kinda made it a mish-mash of all the villains together, and my last name is Dumile, so everyone used to call me ‘Doom’ anyway. It’s a parody of all the villains.”

Now one of the most inimitable and prolific figures in hip-hop, DOOM’s hyper-imaginative agenda has awarded him countless artist collabs, cartoon spots and a thriving cult fanbase.

Perhaps the most storied weirdo in the hip-hop echelon, Ultramagnetic MCs commander Kool Keith isn’t one to shy away from tapping into the most pitch-black corners of his wildly twisted imagination – which is why it should come to no surprise that his extraterrestrial, Dr. Mengele-like alter ego – Dr. Octagon – holds the title as the most perverse and grotesque character included on this here feature.

In 1995, Keith produced two songs under the alias –  “Dr. Octagon” and “Technical Difficulties” – which subsequently resulted in the full-length LP Dr. Octagonecologyst (1996), crystallizing Dr. Octagon’s position as a landmark figure in revitalizing underground hip-hop. The time-traveling, Jupiter-bred surgeon/gynecologist gained recognition among fans and critics for his horrifically surreal lyrical narratives, macabre appearance and genre-bending atmospherics. Though the rapper has made several attempts to kill off the character (thanks to a falling out with then record label CHM Records), Dr. Octagon’s cameo on the Yeah Yeah Yeahs’ 2013 album Mosquito fuels hope that his time on Earth isn’t over…yet.

For more hip-hop history, check out the biggest financial meltdowns and a look at the most controversial album covers.