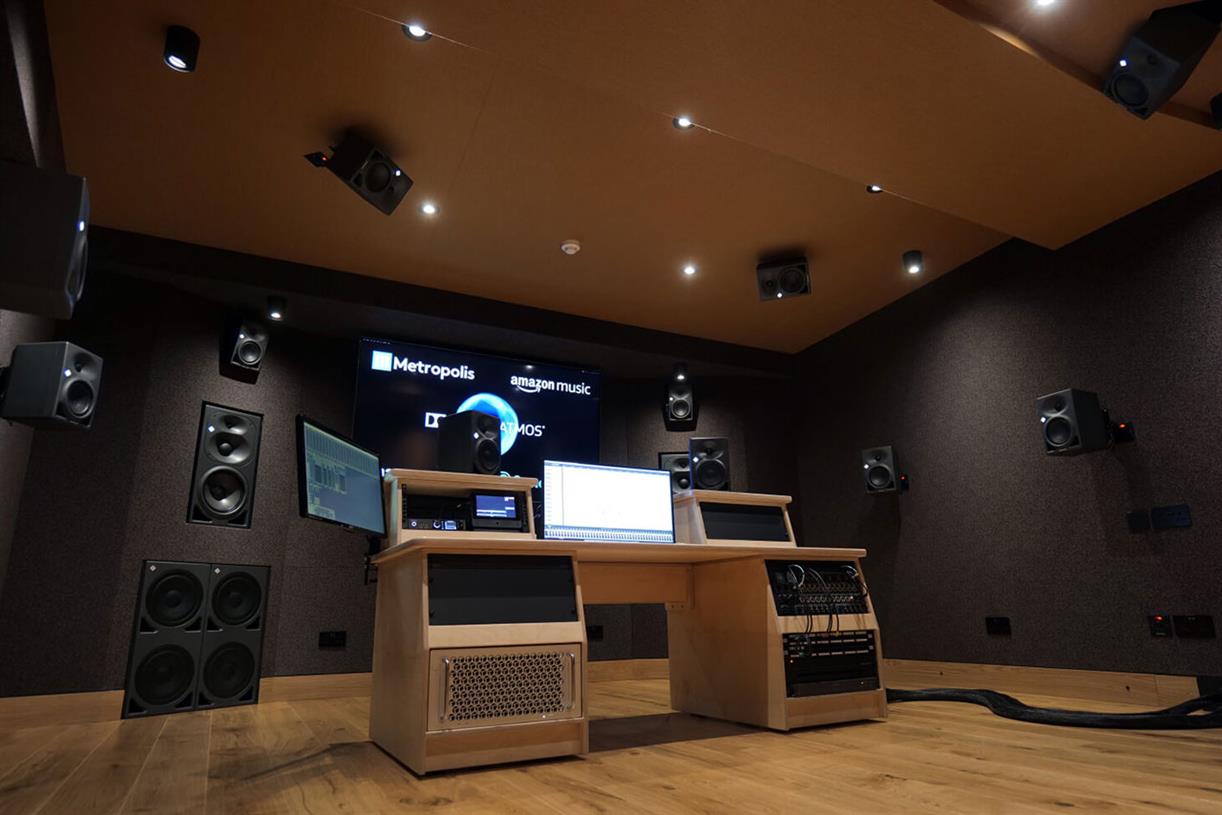 Metropolis worked with immersive content expert Sonosphere on the design and specification of the studio and to support its creative mix workflow. Loudspeakers have been installed around the room at 30 degrees of separation from each other, with the studio’s comprehensive immersive audio monitoring designed to cater to all surround formats, including Dolby Atmos. The speakers’ placement aids in the creation of 360-degree spatial audio, so that sounds appear to come from their actual location in space giving the listener a feeling of being surrounded by the music.

Upcoming immersive mixes from the partnership with Amazon Music include The Amazons, Emma McGrath, Dumbfounded, James Reid and Jules Aurora.

The partnership between Metropolis and Amazon Music demonstrates a continued investment in immersive sound and an expanding offering to artists, with the first mixes becoming available to listeners this summer.

Patrick Clifton, head of music, Amazon Music UK, told Campaign: “We have a belief that music fans want to listen to music in the highest quality possible. Any work we do to ask fans what they want always tells us that high-quality audio is really important to them and this technology now allows us to offer that.

“We also know that artists want their fans to hear music in the best quality possible and are always excited to deliver their music as it’s intended to be heard. It blows me away, its ability to capture so much more emotion in the music than we’re able to do in stereo.”

Gavin Newman, brand director, Metropolis Studios, said: “After conceiving the idea with Sonosphere back in May 2020, it’s taken just over 12 months to execute this project. I am immensely proud of the dedication and hard work that’s gone into making this cutting-edge studio a reality.

“It is an impressive addition to the fast-growing immersive audio community, which Metropolis is excited to join and lead the charge on, creating an accessible environment for recording artists and others to experiment with the untapped potential of 3D audio. The room’s commercial capacity is immense and what better way to launch the studio than with a content partner like Amazon Music.”