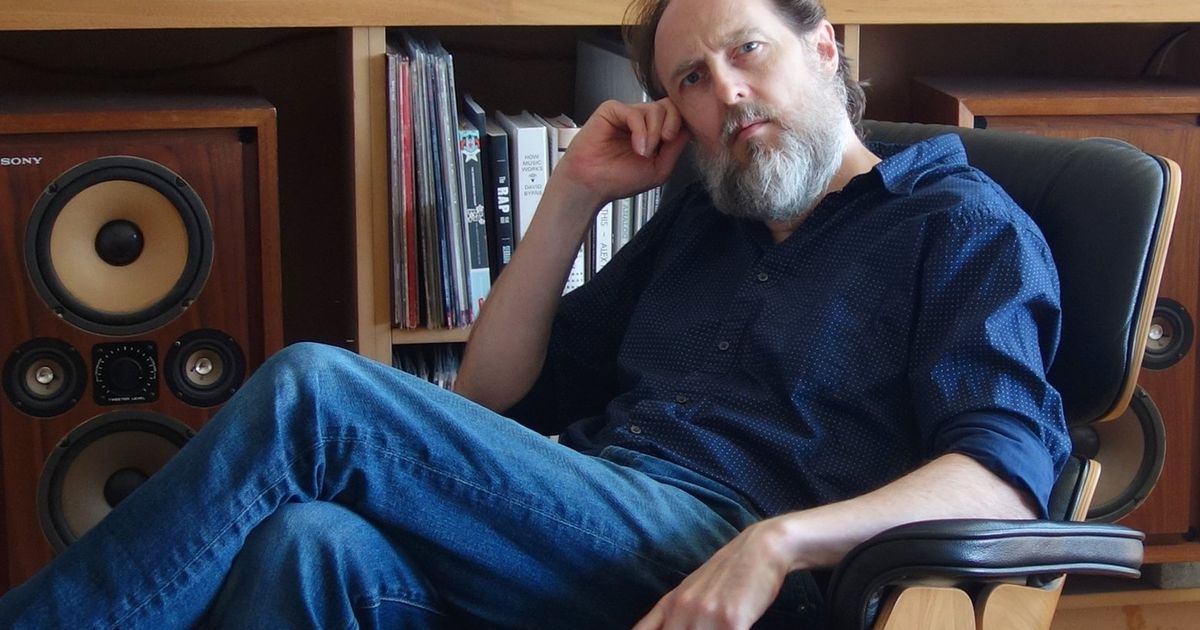 Gary Campbell knows he doesn’t look like he belongs in the world of hip-hop. When the 49-year-old magazine designer started going to Seattle hip-hop shows 10 years ago, he says, he’d “stick out like a sore thumb” with his already-graying beard — and for being a middle-aged white guy involving himself in a mostly young, Black art form.

Now, Campbell is a VIP in the local hip-hop scene, and even if he still stands out, everyone recognizes him at the shows. He’s the founder of Crane City Music, a vinyl record label and Seattle hip-hop advocacy organization he founded in 2017 that’s helped over a dozen local artists get their work on vinyl, make money, and expand their reach into other states and countries through a partnership with the legendary New York hip-hop label Fat Beats. Notable local artists Crane City Music has worked with include SassyBlack, Stas Thee Boss, AJ Suede and Gifted Gab. Some artists associated with Crane City Music, including Chong the Nomad, Da Qween and Specswizard, recently performed at the first Capitol Hill Block Party since the pandemic started.

Even though Campbell is now important to the local hip-hop scene, he says he understands that hip-hop is not something that belongs to him, and he doesn’t feel comfortable profiting off of it. Though Crane City is not a registered nonprofit, Campbell says he doesn’t make any money from the project. He says he wants to use his privilege as a well-off white man to do what he can to support Black artists in Seattle.

Campbell, who was born in Toronto, moved to Seattle in 2013 to work as a creative director for Amazon at age 40, never having set foot in the city. In Canada, Campbell had worked in lifestyle publications that covered food, music and arts, so he started going to local concerts as a way to understand the city he now lived in. He was drawn particularly to local hip-hop shows, where he found a blossoming scene he hadn’t heard much about while living in other places. Campbell says he found the hip-hop culture in Seattle particularly compelling for how it embraced women and queer artists, something not seen in some other parts of the country where the genre mostly remains a boys club. Soon, Campbell fell in love with Seattle hip-hop and wanted to help promote it.

“I was well-compensated when I worked at Amazon, and I wanted to share the money by investing in artists whose work I believed in,” he says.

Over time, he became a fixture at local hip-hop shows, where he’d make minivideos and post them on his personal Instagram.

“How do we create a vehicle that can put money in the pockets of artists and bring attention to their work?” Campbell wondered.

Gifted Gab, a Seattle rapper who was born and raised in the Central District, says she met Campbell during these early days and became friends with him “because you can tell he’s a real lover of art and music.”

On Campbell’s morning walks to the South Lake Union Amazon offices, he started delving deeper into Seattle hip-hop by listening to new albums almost every day, then writing short reviews about them on his Instagram account during lunch and coffee breaks. He wrote about 100 reviews his first year.

But Crane City Music wasn’t founded until the release of its first vinyl album, “Solar Power: New Sounds in Seattle Hip-Hop Compilation.” Campbell says the project was originally supposed to be a creative response to Donald Trump winning the presidential election in 2016, but turned into a celebration of all the great hip-hop in Seattle. It was also supposed to be a one-off project, and vinyl wasn’t necessarily going to be a focus of Campbell’s work. But the community loved the project, and the artists loved getting their work on vinyl, so he decided to do it again, providing $25,000 of his own money as startup funds for the Crane City enterprise.

The local artists Campbell works with self-release their music, so all he does is get permission from the artists to put their music on vinyl, leaving ownership of the music in the artists’ hands, unlike a traditional record label which might buy the rights to artists’ music to profit from in the future. He then works with an audio engineer to optimize the digital music for a vinyl format.

Crane City’s main model for supporting artists has been to help turn local rap albums — usually ones that have already been digitally released and achieved a degree of local critical acclaim — into vinyl records. Campbell says there’s normally around $10,000 in upfront costs (for album cover art, audio engineering, etc.) to make a vinyl album, a prohibitive price for many local hip-hop artists. Crane City Music has released 12 vinyl albums so far, normally printing 500 or 1,000 copies per album, for a total of around 8,000 records. For each release, Crane City retains enough records to sell and recoup whatever was spent to produce the record, and the artist keeps the rest of the records to sell online or at shows. So in a case where 1,000 records are pressed, upfront costs were $10,000, and the records are sold for $25 each, the artist would wind up making $15,000.

Through a partnership with Fat Beats, Campbell also distributes records to shops all over the world, something Gifted Gab says has expanded her audience into places like Asia and Africa, where she’s seen a growth in Spotify listeners.

The vinyl format has seen a resurgence in recent years and is especially popular among the type of obsessive music listeners who are often fans of local artists. AJ Suede, a Harlem-born rapper who moved to Seattle five years ago and released a split vinyl LP with Seattle rapper Specswizard in 2020, says getting his music on vinyl was a long-term career goal.

“In the pocket of rap that I’m in, where vinyls and physical music reign supreme, it’s a goal for a lot of artists to get their music immortalized on vinyl,” he says.

Campbell, who left Amazon in 2018 and now devotes his time to Crane City Music while doing freelance design gigs to pay his bills, is also writing a history book about the first decade of Northwest rap, from 1983 to 1993, to memorialize this period in history. And in 2020, he made a film called “Newcomer” (available to watch for free on YouTube) made up of snippets of rap shows in the Northwest, an ode to the work Crane City Music supports.

Though much of the work Campbell currently focuses on looks backward, he’s excited for the state of Seattle hip-hop today. He says he recently went to a showcase of young hip-hop artists where he didn’t recognize any names, something that makes him hopeful for the future of the genre.

“There are local hip-hop shows happening all over the place in the Northwest all the time,” he says. He wants more Seattleites to start going to them.

Jade Yamazaki Stewart is a food, music and culture journalist. You can reach him at jadeysjournalism@gmail.com or on Twitter at @jadeystewart.