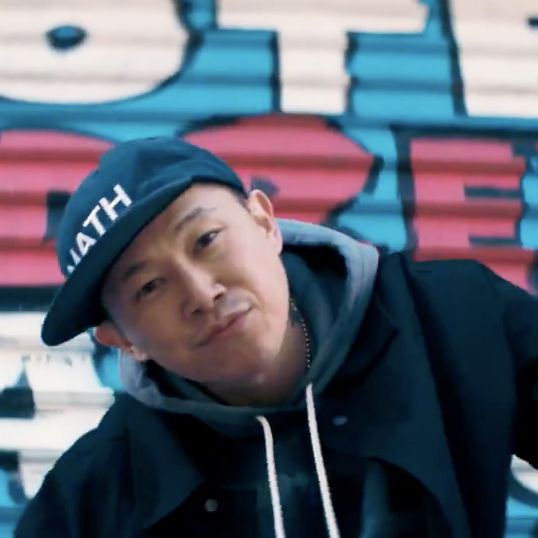 It’s almost too easy to make fun of Andrew Yang, as if by design. The 46-year-old is currently leading the race to govern America’s largest city on a campaign that has gotten massive reach through cheesy social-media content, a sort of emoji-peppered sunniness that shows no more than a tourist’s understanding of New York. He got thousands of mocking retweets for calling what appeared to be a small grocery store a bodega and earned another wave of engagement with a photo of himself taking “the A train to the Bronx” (the line ends in Manhattan). He’s already on track for similar numbers today: This morning, his campaign posted a rap video by Chinese American rapper MC Jin, who rhymes in his blaccent, “Tell them other campaigns that Yang has arrived / When they see us, they like, yeah, that’s a vibe,” over footage of the entrepreneur turned candidate elbow-bumping random people, eating from halal carts, and ungracefully trying to skateboard in front of Grand Army Plaza.

Donald Trump proved you can win the highest office in the land as a total political neophyte by being a raging asshole and just tweeting through it. As the real-estate mogul wrote in The Art of the Deal, “Bad publicity is sometimes better than no publicity at all.” Yang’s strategy seems to be one of proud, incorrigible corniness. He has framed himself as a uniter and is already uniting New Yorkers around one of their only shared pastimes: tweaking others for being too saccharine about New York. But the social-media pile-ons have only ended up creating a weird force field of attention around Yang, making sure the spotlight stays on his brand and off the crowded field of his rivals, who are desperately trying to distinguish themselves with only months left to go until the Democratic primary.

MC Jin’s and Yang’s career styles each remind me of the other. MC Jin was always more spectacle than substance, best known for winning a bunch of freestyle battles during “Azn Pryde”–era 2002 on BET’s 106 & Park (with lines like “You the first dude to open a fortune cookie, and it said you’re a loser”) before becoming the first Asian American solo rapper signed to a major record label, Ruff Ryders. But the Miami native’s first album, 2004’s The Rest Is History, was a commercial flop. He moved to Hong Kong; my friends there mostly remember him for recording an embarrassing rap for Hong Kong’s then-leader, Chief Executive Donald Tsang (who later did jail time for corruption). Now MC Jin is apparently back in the U.S., having reinvented himself as a born-again Christian, a stand-up comedian, and a member of the Yang Gang.

The two men share a talent for capitalizing on the media’s fascination with their outsiderness, plowing through moments when they’re clearly out of place. Even when they fail, they get to call themselves pioneers. This was the theme when Yang interviewed Jin a few days ago for Yang Speaks, the candidate’s podcast and talk show. The rapper reflected on the way he shot to fame: “It worked for me in the sense of creating a lot of excitement, but it kind of worked against me because it set this expectation that, to be honest, was somewhat unrealistic.” Yang reassured Jin, “You remain one of the true trailblazers for a lot of people.”

But Yang isn’t an entertainer. He wants to lead a city of 8 million people. Nobody gets hurt when you fail as a rapper, but a lot goes wrong when you fail as a mayor. And Yang’s high volume of cringe (when will we stop hearing math jokes?) makes it hard to keep track of his more problematic ideas. Yang’s reputation as the “free-money guy” overshadows how he has proposed slashing crucial social programs for marginalized people to raise revenue for his basic-income plan. His response after the mass shootings at Atlanta spas has been to ignore sex-worker advocates and Asian American organizers by calling for more funding for the NYPD — the same police who advocates say caused the death of Queens massage worker Yang Song during a 2017 raid. When journalists reached out to mayoral candidates about whether they would help the unionized workers at Jing Fong, a recently shuttered Chinatown banquet hall, Yang was one of only two candidates to stay silent. He raves about turning New York City into a bitcoin hub while he likens the pro-Palestine Boycott, Divestment, and Sanctions movement to fascism. And then there are the reports about his presidential campaign’s alleged culture of sexism and harassment.

I don’t want to dunk on Yang because he seems silly. He isn’t afraid of that — he has embraced his own awkwardness as a persona. If anything, Yang is probably being helped by the focus staying on his image instead of on the thinness of his political positions, with their red flags and their sometimes stark contrast to the perspectives of New York’s marginalized people. In the final scene of MC Jin’s campaign video, the rapper spots Yang on a Flushing street corner and tries to sell him a “Yang for New York” mixtape without recognizing him. “I know you probably want a selfie, but I’m in a rush,” says Jin, as he starts to turn away. “Be good, all right? Yang Gang! Yang Gang!” It’s supposed to be a self-deprecating, haha moment (for both of them), but it becomes an inadvertent metaphor for the gap between the candidate and the buzz his campaign has created around him. If Yang can shrug off scrutiny long enough to ride the vibe into Gracie Mansion, how long will it take for us to find out who he is?