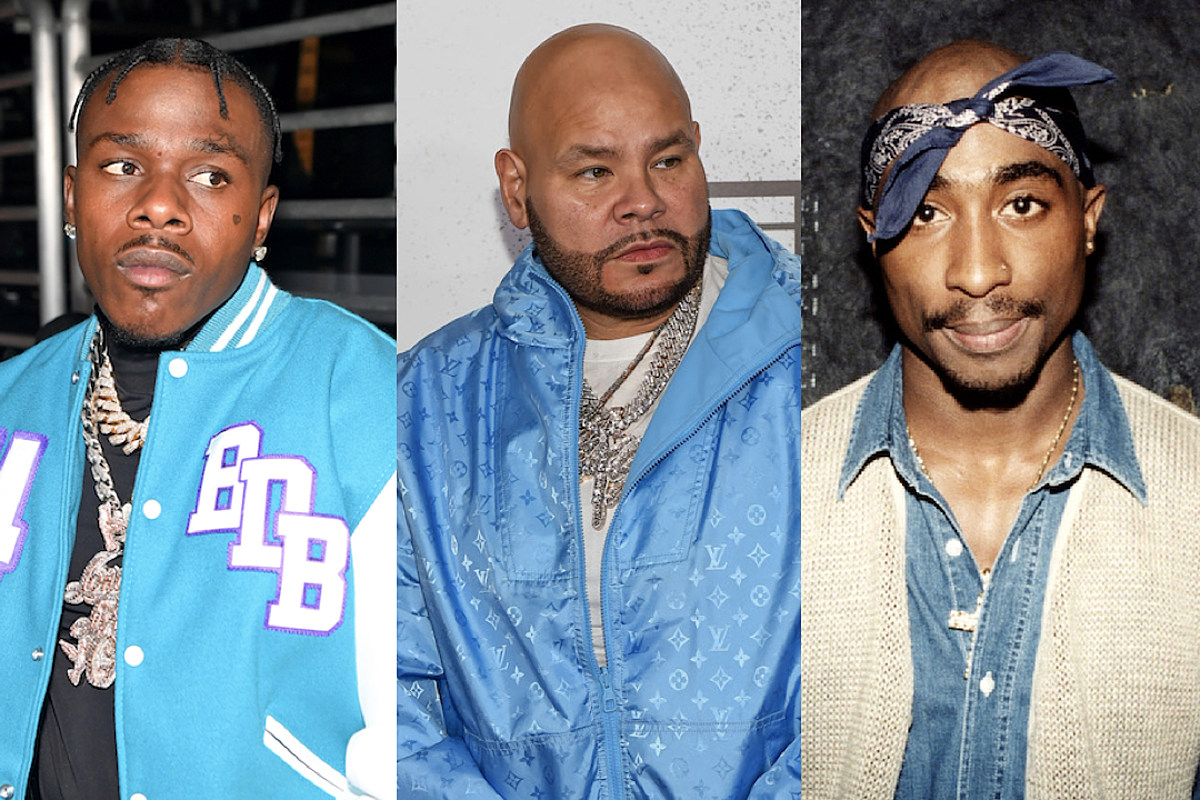 Fat Joe has fans up in arms over his comparison of DaBaby to the late and great Tupac Shakur.

On Tuesday (Oct. 12), DaBaby shared on his Instagram page a clip from Fat Joe’s appearance on Rap City 2021, which aired before the 2021 BET Hip-Hop Awards on Oct. 5. On the program, host Big Tigger played a name association game with Joey Crack, in which the host asked Joe who’s the 2021 version of certain hip-hop legends.

When Tigger asked “Who’s the 2021 version of Tupac Shakur?” Fat Joe’s response may be surprising to some.

“I should know the Tupac one,” the Bronx, N.Y. rapper replied. “I don’t know, it’s hard to be these guys. You be asking some crazy stuff. I would say DaBaby.”

In the caption, DaBaby agreed with the Terror Squad leader’s analogy of himself and Tupac.

“Agreed,” he wrote, adding a thumbtack emoji to make a point. “But they gone salt that down too Crack,” the North Carolina rapper added along with a be quiet emoji.

Baby also shared the post on his Instagram Story and included the caption, “They gone make n*ggas slam they iPhone on the phone @fatjoe,” capping the post off with three laughing emojis.

DaBaby might be referring to the rap fans’ responses once they watch the clip.

On Twitter, a lot of people were dumbfounded over Fat Joe’s answer.

“Fat joe just called dababy the 2021 version of tupac and u still look to these old ass niggas for wisdom and guidance,” wrote one user.

“@CrookedIntriago you see Fat Joe said Dababy is the Tupac of this era,” she commented. “TF there will NEVER BE ANOTHER TUPAC. Ugh I hate bullshit like this.”

This isn’t the first time fans have been outraged with Fat Joe’s opinions related to hip-hop.

Back in May, the rap vet made the bold claim on N.O.R.E. and DJ EFN’s Drink Champs podcast that his good friend DJ Khaled is “the Quincy Jones of hip-hop right now.”

When the clip went viral, Fat Joe became a trending topic on Twitter with most people vehemently disagreeing with his music analogy.

So you can expect Fat Joe to be a trending topic once again with his latest comparison of DaBaby to the late Tupac Shakur.