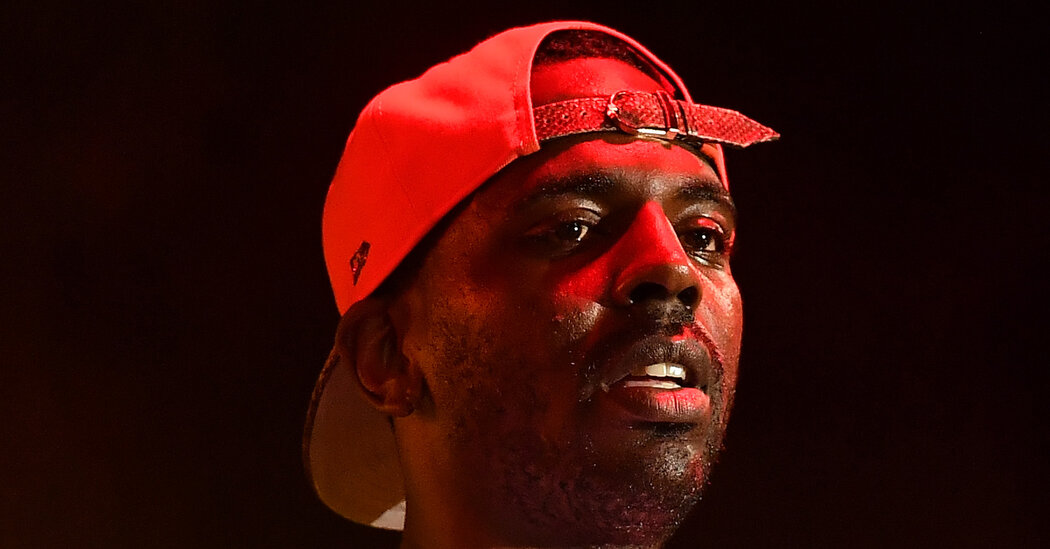 Young Dolph, a deeply skilled Memphis rapper with deadpan bravado and a fierce independent streak who emerged as one of hip-hop’s most promising new stars in recent years, was killed Wednesday in a shooting in his hometown. He was 36.

The news, which had been reported by Fox 13 Memphis, was confirmed by the mayor of Memphis, Jim Strickland, who wrote on Twitter, “The tragic shooting death of rap artist Young Dolph serves as another reminder of the pain that violent crime brings with it.”

Mayor Strickland added, “To honor all victims of violent crime, I ask for calm in our city to allow the Memphis Police Department to do their duty to capture those responsible.”

The Memphis Police Department said a fatal shooting occurred at 2370 Airways Boulevard, the site of Makeda’s Homemade Butter Cookies, a bakery that Young Dolph had frequented.

Officers responded at 12:24 p.m. local time, locating one male victim who was pronounced dead at the scene, the police said. The Memphis police chief, Cerelyn Davis, said in a statement posted on Twitter that “the preliminary information indicates” that the victim was Young Dolph, and that they were working to confirm that “once the identification process has been completed.”

The local Fox affiliate reported that the victim was Young Dolph, citing law enforcement sources and the owner of the shop, who said the rapper was buying cookies. A Lamborghini said to belong to Young Dolph was parked out front, according to photos on social media.

No information on a suspect was immediately available.

Born Adolph Thornton Jr. on July 27, 1985 in Chicago, Young Dolph moved as a small child to Memphis, where he was raised mostly by his grandmother. When he was young, he witnessed drug abuse by his parents, the rapper said in interviews.

By the time he was a teenager, Young Dolph had turned toward that illicit world of drug dealing and violence in hopes of helping his family, he said.

“Can you imagine a 77-year-old woman trying to raise three elementary kids in the middle of the hood, with all this gang activity and drug” infestation, Young Dolph said in a 2014 interview with Vice. “That’s hard to do for an old lady. So my situation, I’m realizing all the responsibility. I couldn’t let her take all the responsibility. I always liked money, so when I was 15, 16 I went headfirst in the streets.”

Young Dolph began releasing mixtapes in the late 2000s, and his last solo album, “Rich Slave,” debuted at No. 4 on the Billboard album chart last year. All of his last six albums (solo and collaborative) arrived in the Top 25. Some of his best releases were his collaborations with his protégé — and cousin — Key Glock, including the 2019 album “Dum and Dummer” and the album “Dum and Dummer 2,” released in March.

All of Young Dolph’s albums were released on his own label, Paper Route Empire. In interviews, he emphasized the power of releasing music independently, outside the major label system. In 2018, he said he turned down a label deal worth $22 million. “It really was a good deal, a super good deal to tell you the truth. But it’s just, I see something else,” he said on the podcast “Drink Champs” later that year.

He was also an in-demand collaborator, releasing songs with Snoop Dogg, Gucci Mane, Megan Thee Stallion, Young Thug and many others. On the O.T. Genasis hit “Cut It,” he practically began his verse with a cackle: “Went and bought a 911 with my trap money/A million up but still ain’t never touched my rap money.”

Young Dolph rapped with a heaviness and a wry sense of humor. His subjects were the spoils of success, and everyone else’s discomfort with them. He rapped crisply, as if delivering stern lectures to students not ready to hear them.

And he had a scornful, almost sardonic way of addressing the violence in his own life. After a 2017 incident in Charlotte, N.C., where he was shot at, he released his second studio album, “Bulletproof,” which opened with “100 Shots,” asking, “How the [expletive] you miss a whole hundred shots?”

After he was shot in Hollywood later that same year, he filmed a music video, “Believe Me,” that began in the hospital, with Young Dolph in a hospital gown and diamond-encrusted jewelry, and ended with him rapping, arm in a cast, playing with his son in a lavish backyard.

The authorities sought to tie the two 2017 shootings to a running feud between Young Dolph and another Memphis rapper, Yo Gotti, who was not charged in either incident. The rappers had been staying at the same hotel in Los Angeles when a fight involving four men ended with Young Dolph being shot multiple times that September.

Corey McClendon, an associate of Yo Gotti, was arrested on suspicion of attempted murder in connection with that case but ultimately not charged in the Hollywood shooting. Another Memphis rapper, Blac Youngsta, who is signed to Yo Gotti’s CMG label, was arrested in the Charlotte shooting, along with two other men, although charges against all three were eventually dropped. At the time, a lawyer for Blac Youngsta cited “weak” evidence.

Drew Findling, a lawyer for Young Dolph who spent time with him at the hospital in Los Angeles in 2017, recalled “epiphany after epiphany” in the aftermath of that shooting.

“He was looking forward, from our conversation, to moving into that next stage of life — the lifestyle of somebody a little bit older,” Findling said in an interview. But the rapper was also tending to his career while recuperating.

“He was in and out, but he would take these phone calls and be shooting percentages and numbers,” the lawyer said. “He understood the business part of it and he was keenly into it.”

As one of the genre’s foremost independent musicians, Young Dolph also understood a marketing opportunity when it presented itself. In 2018, two employees of a coffee shop on the Duke University campus were fired after a school administrator objected to hearing Dolph’s “Get Paid” playing in the shop. A couple of weeks later, Young Dolph flew the employees to his performance at the Rolling Loud festival in Miami, brought them onstage, and gave them $10,000 each.

In what would be his final posts to Twitter last month, Young Dolph discussed a recent turn toward caring for his own mental health. “I never knew what anxiety meant until my doctor just explained to me that I have it this morning,” he wrote. “Doctor said I need some me time to myself.”