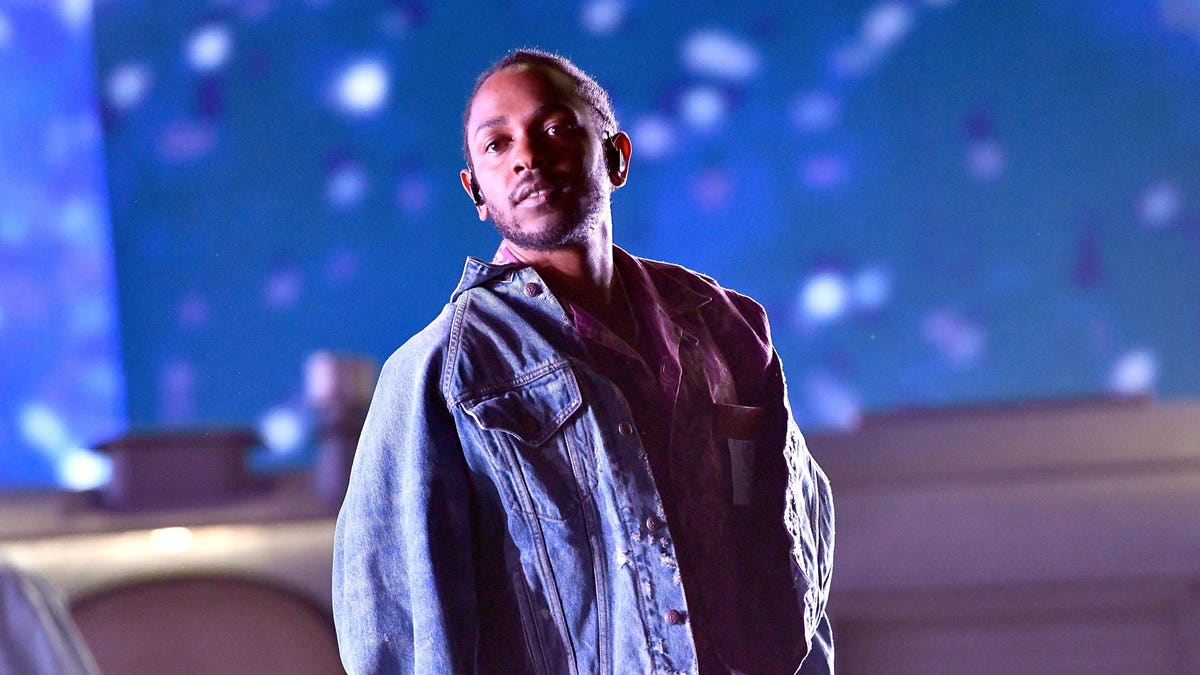 Kendrick Lamar is one of modern day’s most commanding forces in not only hip-hop, but in the music industry as a whole. The Compton MC became the first rapper to ever win a Pulitzer Prize in music for his thought-provoking masterpiece DAMN., and has went on to garner three consecutive No. 1 albums on the Billboard 200 with the following records: His 2015 release To Pimp a Butterfly, his 2016 compilation album untitled unmastered. and his last solo album from 2017, DAMN.

His achievements expanded to the film arena when K Dot was tapped to curate and produce original songs for Marvel’s Black Panther soundtrack in 2018. The set debuted at No. 1 on the Billboard 200 chart, scoring the biggest week in total units earned for a soundtrack in a year-and-a-half. The release boasted contributions from fellow TDE members SZA and Jay Rock, Travis Scott, Future, Khalid and The Weeknd, among others.

With each standalone project, Lamar has meticulously embellished each and every one with cultural, political and social statements, bringing his much-needed mentality to the forefront of hip-hop.

Kung Fu Kenny is arguably the most well-rounded rapper in the game. His songwriting ability, reflective yet poignant motifs and mainstream appeal make him a force to be reckoned with. Each lyrical line is a pure poetic art form, telling a beautifully intricate narrative from his personal point-of-view. His lyricism combined with the amount of potent implications included in his music make the listening experience thrilling because there is a new, exciting discovery to be had.

A true representative of West Coast culture, he intertwines his lyrical genius with authoritative beats and rhythms to offset the very words he is preaching. The blended effort mixed with multiple odes to his hometown Los Angeles make him a strong contender (already) in the running to be one of the best rappers of all time.

The rap game doesn’t exist without considering who reigns in today’s music climate. With that said, can Lamar sustain his placement at the top without a presence?

Drake has his place in the music industry as a pop figure phenomenon, breaking streaming numbers and Billboard chart records time after time. As the 6 God likes to put it, “I’ll fill the charts with my pain (as seen in “When To Say When”).” He draws inspiration from his internal thoughts about his struggles with fame and failed relationships. From TikTok challenges (“Toosie Slide” and “Nonstop”) to the “In My Feelings” dance challenge, the Taylor Swift of hip-hop can’t be denied in regards to influence and relevancy.

Meanwhile, J. Cole has recently taken on the father figure role in hip-hop. In the song “1985 (Intro to ‘The Fall Off’),” he expresses his concern for the future generation of the genre and their clout-chasing acts to achieve a quick rise to fame. Cole’s advising words are admirable and endearing, further reinforcing the longevity of his career and his place as a respected rapper. He has always been open about his humble beginnings, upbringing and contemplations about society.

Though the two hold prominent places in the rap world, there’s no one truly like Lamar — even if he doesn’t garner Drake’s chart accolades on paper or J. Cole’s recent candid approach.

So, where is Kendrick Lamar?

He resurfaced on social media this past March when he announced the launch of pgLang — a multi-lingual at-service creative (music, art, film, art, podcasts and books) company — alongside director Dave Free. Though the news was reassuring, there wasn’t a definitive word as to whether new music from K Dot was on the way.

Back in January, music journalist Bill Werde claimed King Kunta was incorporating rock sounds into the yet-to-be-released music, which is not an easy feat to seamlessly achieve nor has it been frequently done.

More recently on Wednesday (May 20), Kung Fu Kenny fans remained in high spirits when they received an even bigger treat this past week. TDE president Terrence “Punch” Henderson said that a Lamar and J. Cole project “might still happen” despite saying that it was “never going to happen” a few hours prior on Twitter.

He continued adding that the decade-rumored project could still be a possibility on the social media platform: “Y’all really want that album still??? Like for real? I think it would great for hip hop. I did my part though. I spoke to both of them.”

With all things considered, there’s no set path for Lamar — and let’s be clear, there never has been. In order to sustain his position as the best in hip-hop, an impressive piece of work is due this year to further support his long-running track record. There’s no doubt that Lamar will reinvent himself and allow (what’s important) the music to speak for itself without relying solely on star power to gather the limelight.

Many artists, new and old, are coming for his title, and if he remains passive at a time that calls for his presence, he may unintentionally pass the most coveted title on to a successor.

There’s no doubt his placement in the game is distinguishable, but the time is due for Kendrick Lamar to prove a new K Dot era is upon us and that he never stopped being one of the most powerful voices of today’s generation.