Twitch today is introducing a new tool, Soundtrack by Twitch, that will allows it creators to add licensed music within their streams. The feature, which has been in development over the past year, is meant to not only make it easier to find rights-cleared music, but also to address the ongoing issues creators face with having their archives muted.

Twitch says this lineup will give creators access to a range of music, including artists like Above & Beyond, mxmtoon, Porter Robinson, RAC, SwuM, and others. In total, over a million tracks will be available for free use by creators. 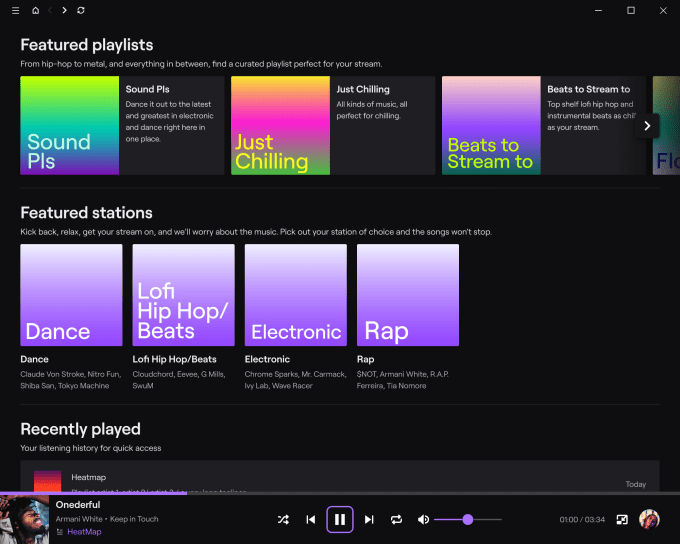 Some of Twitch’s music partners had already been catering to creators by publishing their free-to-use music as Spotify playlists, for example. Others had previous agreements with Twitch, like dance music label Anjunabeats which had cleared 350 tracks last year for use in Twitch streams. Soundcloud, meanwhile, had more recently launched its own channel on Twitch to help connect with viewers interested in discovering new music. Other details about this new upcoming Twitch integration were pre-announced by some participants.

Before today, Twitch’s audio recognition system would automatically flag any audio where users didn’t have the necessary rights to play it during the stream. Many creators mistakenly believed if they had bought the bought or paid for a streaming subscription service that would allow them to feature the music while streaming. This wasn’t true.

In reality, the only music creators were able to legally play largely fell under a few, narrow categories: music they themselves owned or music that was licensed to them. (Vocal performances captured during Twitch Sings gameplay were also permitted.)

That meant a wide variety of music-related content on Twitch simply wasn’t allowed, including radio-style listening shows, DJ sets, karaoke and lip syncing, cover songs where creators used any sort of musical accompaniment besides themselves, or even the display of lyrics.

The company has been working with Audible Magic to scan past VODs for rights violations. And when music was flagged, creators could find their VODs (video on demand) muted. 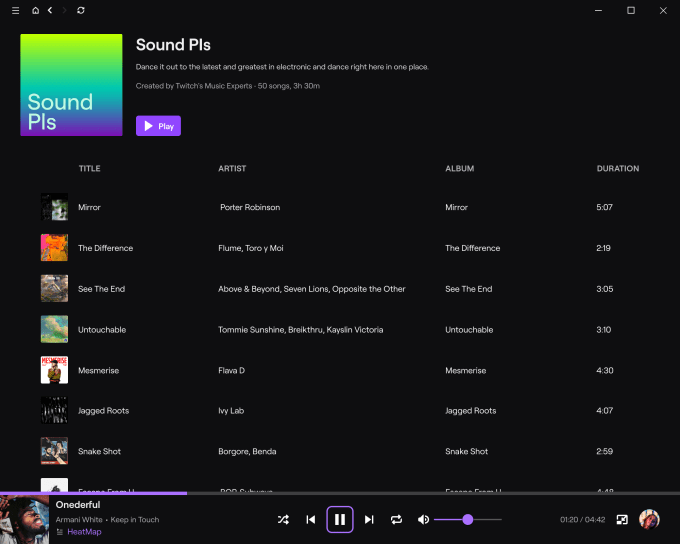 Twitch in the past had tried to address music rights issues with the launch of the Twitch Music Library in 2015, but this was shut down last year without explanation.

With the launch of Soundtrack by Twitch, music will be separated into its own audio channel so creators can play the tracks without being worried about muting or receiving strikes against their channel. Creators will be able to choose music from a set of stations and playlists curated by Twitch staff, by theme or genre — like “just chilling” or “Lofi Hip Hop/Beats” or “Rap,” for example.

The launch of Soundtrack comes at a time when music has become a larger part of the Twitch experience, thanks to the live-streaming platform’s adoption by artists during the COVID-19 pandemic.

The company hosted a benefit in partnership with Amazon Music, called Stream Aid, which featured a number of artists, like Diplo, Barry Gibb, Ryan Tedder, Lauv, Charlie Puth, Die Antwoord and others. It since has hosted a flood of other musicians’ live stream, leading the “Music & Performing Arts” category to surge by 387% year-over-year as of this July.

Twitch also hired Spotify’s Tracy Chan as its new head of Product & Engineering for Music, partnered with Bandsintown, and rolled out several ways for artists to fast-track their way to Twitch Affiliate status. This month, Twitch livestreams were also integrated with Amazon Music’s app.

The early version of Soundtrack by Twitch is launching today and will be compatible with OBS on PC, Twitch Studio, and Streamlabs OBS (soon), the company says.