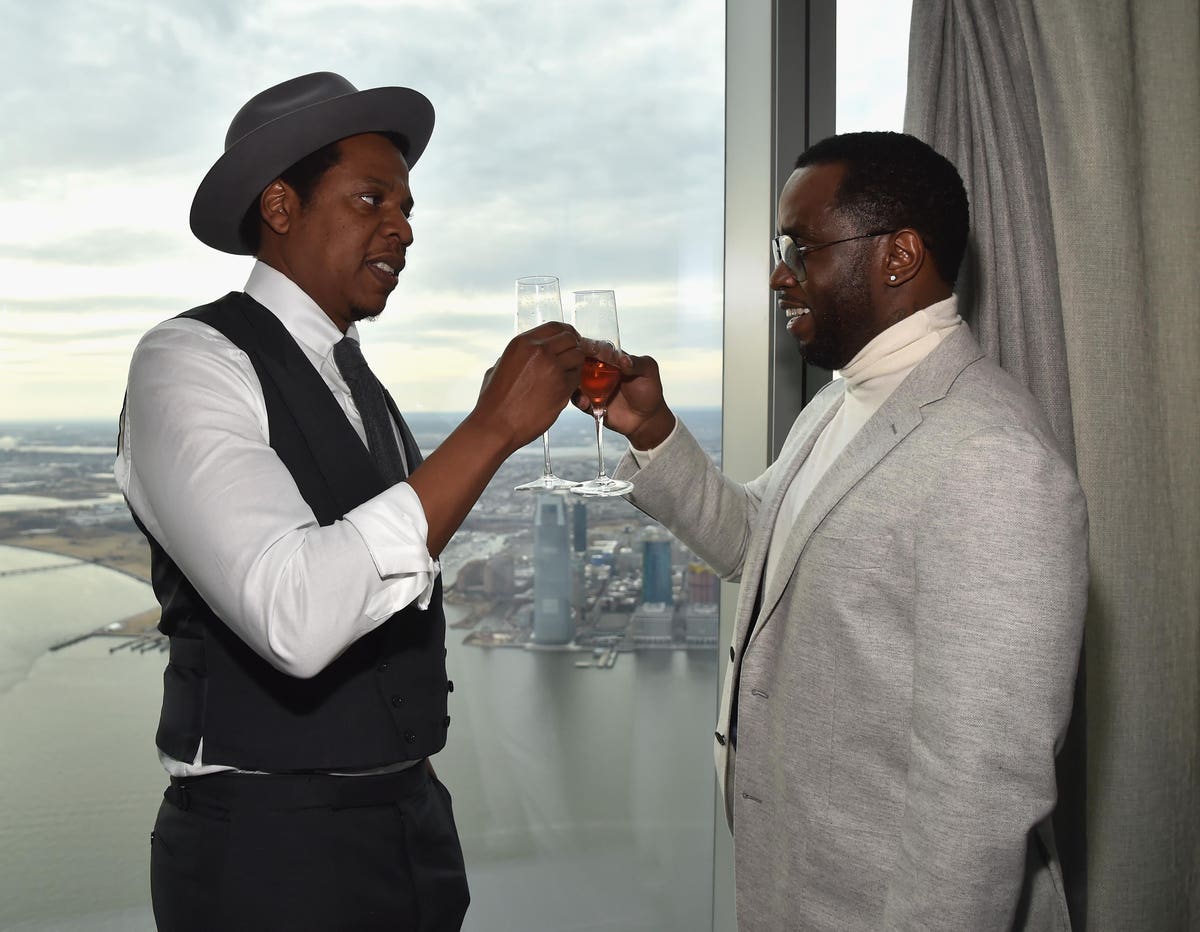 Last June, when Jay-Z and Beyoncé welcomed twins to their family, they did what many couples do in the wake of a new arrival–move to a bigger home–on quite an epic scale. Over the next few months, they shelled out $26 million for an East Hampton mansion and scooped up an $88 million Bel Air estate, adding 21,000 square feet per newborn. That’s the sort of thing you can do when one partner is a pop demigod and the other is the richest rapper on the planet.

Jay-Z upped his net worth from $810 million to $900 million over the past year, seizing hip-hop’s cash crown for the first time since Forbes started counting back in 2011. The Brooklyn-born mogul’s jump is due mostly to the rising value of his interests in Armand de Brignac champagne and D’Ussé cognac, on top of nine-figure ownership stakes in his Roc Nation empire and Tidal streaming service.

“We always complain about, ‘We don’t own this, we don’t own that.’ … Here he is, this man who owns that,” superproducer Swizz Beatz told me in an interview for my book 3 Kings: Diddy, Dr. Dre, Jay-Z and Hip-Hop’s Multibillion-Dollar Rise. “The sky is not the limit: it’s just a view.”

Jay-Z, Diddy and Dre are not only the wealthiest hip-hop acts on the planet, but the richest American musicians of any genre. Longtime Forbes Five champ Diddy ranks No. 2 this year despite increasing his fortune slightly in the past 12 months; tepid trends in the vodka and cable TV sectors have affected his interests in Ciroc and Revolt, but heady growth at DeLeón tequila, his joint venture with beverage giant Diageo–and massive annual earnings totals in recent years–have kept his net worth trending in the right direction.

Dre ranks third with $770 million, creeping upward thanks to the market trends boosting his nine-figure windfall from Apple’s $3 billion buyout of Beats in 2014. The superproducer is also in line to receive a slug of Apple stock this summer worth well over $100 million; depending on the tech giant’s share price at the time, he could leapfrog Diddy and Jay-Z when that happens.

After the top three, there’s a long drop before the fourth and fifth names on the list: Drake and Eminem, tied at an even $100 million apiece. The youngest impresario of the bunch, 31-year-old Drake has earned more than $250 million since 2010, before taxes and spending; an equity stake in Virginia Black whiskey and pricey estates in Toronto, Canada, and Hidden Hills, California, pad his holdings. His inclusion on the Forbes Five represents yet another career goal achieved.

“If I’m not on your list this year, I’d be gravely disappointed,” he told Forbes back in 2013. “That’s pretty much my objective every year … other than making good music.”

Eminem isn’t known as a businessman like some of the other names on this list, but he’s still the best-selling rapper of all time and moved more albums in the U.S. during the 2000s than any act in any genre. Fresh off new album Revival, he makes his Forbes Five debut as former listmember Birdman–Drake’s Cash Money Records boss–slips below the $100 million mark in the wake of some apparent liquidity issues.

To compile the Forbes Five rankings, we follow the same procedures used to calculate our list of the world’s billionaires (our annual update arrives Tuesday): valuing major assets, poring over financial documents, and speaking with analysts, attorneys, managers, other industry players and, in some cases, the moguls themselves.

So who will be the first hip-hop star to reach the billion-dollar mark? Trends in the spirits world could continue to play a key role for Jay-Z and Diddy. After the furious rise of vodka in the first part of this decade, fueled largely by flavored variants like those of Ciroc, the market has shifted towards cognac, whiskey and tequila.

“D’Ussé fits right in there,” says Eric Schmidt, Director of Alcohol Research at Beverage Marketing Corporation. “I think DeLeón is poised for growth … it could one day be the next Patrón, but it’s a long road.”

Jay-Z, meanwhile, shouldn’t be slacking off anytime soon: though he and Beyoncé bought their East Hampton abode outright, according to public records, their $88 million Bel Air mansion comes with a $52.8 million mortgage.

For more on the business of hip-hop, check out my latest book, 3 Kings: Diddy, Dr. Dre, Jay-Z and Hip-Hop’s Multibillion-Dollar Rise, and follow me on Twitter.