The Basketball Africa League is bigger than J. Cole – The Undefeated

Equity in sports took a huge step forward Sunday when the Basketball Africa League played its first game in Kigali, Rwanda. For a continent that has provided so many of the world’s greatest players, either directly (Hakeem Olajuwon of Nigeria, Joel Embiid of Cameroon) or indirectly (every other Black athlete whose ancestors survived the slave ships), this moment was centuries in the making.

Wait – you want to hear about J. Cole, right? The rapper with the hot new album who signed with the BAL’s Rwanda Patriots franchise? The dude who plays pickup with NBA stars and almost sneaked in his own dunk at the 2019 NBA slam dunk contest? Whatup with Cole?

Nah, not yet. We’ll get to him later. Cole played fine in the kickoff game, but to make him the centerpiece would be wrong. Disrespectful, even. Based on the humble attitude Cole displayed on the court Sunday – and you can tell a lot about a person by the way they hoop – I don’t think he would want this to be all about him. This should be about the motherland, how its resources have been historically stripped and exported, and how its new league can change that narrative and contribute to the growth of the continent.

Aiight then. Let’s talk about the BAL.

Slaves were not the only natural African resource that has enriched the rest of the world. Diamonds, minerals, oil, metals and more have been systematically extracted by European and American colonial powers. National boundaries were drawn up by outsiders who created genocidal conflicts by disregarding tribal affiliations. Today, China is flexing its influence to hook Africa on its funding. And beyond individual nations, an immoral system of multinational investors and bankers continue to basically loot the continent. 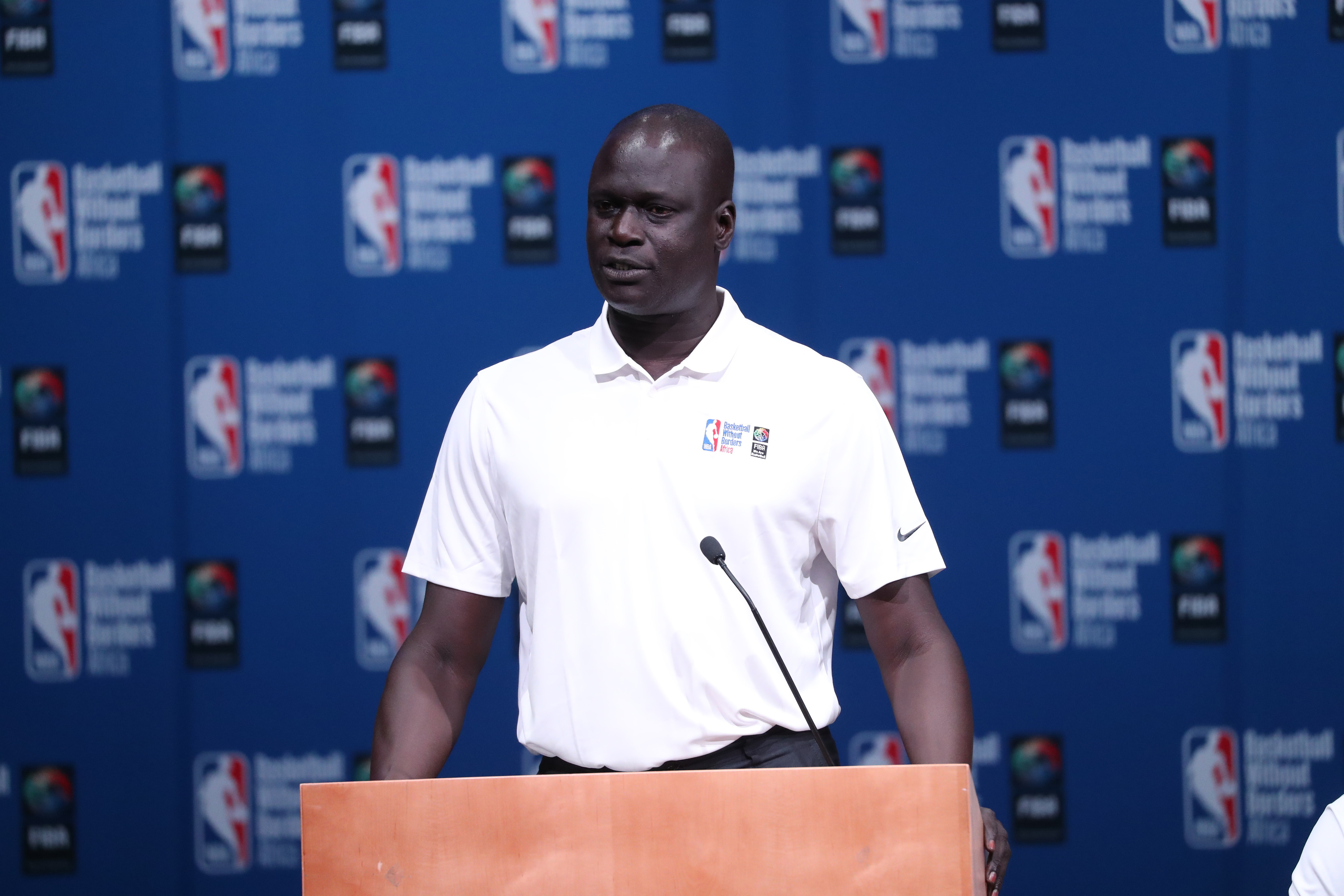 The same pattern applies to basketball talent. When Olajuwon arrived at the University of Houston in 1980, African players were a novelty. Now they are a major feature of the game, with the international hoop-industrial complex mining tall African athletes as ruthlessly as South Africa mines diamonds.

Africans are not simple victims in all this, of course. Some African rulers have sold out their people the same way African middlemen sell players to American colleges. And there is opportunity for African individuals in these transactions, whether with foreign businesses or foreign basketball leagues. It’s only right for a Dikembe Mutombo or a Pascal Siakam to want to graduate from an American university or play basketball at the highest level in the world.

But the definition of exploitation is not getting equal value in return. No place on Earth has been more exploited than Africa.

That’s why the BAL, which is funded by the NBA and the International Basketball Federation, is important. Featuring 12 teams, from the nations of Algeria, Angola, Cameroon, Egypt, Madagascar, Mali, Morocco, Mozambique, Nigeria, Rwanda, Senegal and Tunisia, it’s the first league collaboration for the NBA outside of North America.

The NBA doesn’t need the BAL to identify the next Serge Ibaka or OG Anunoby – that pipeline is already established. The BAL is an opportunity to grow the game in Africa and provide opportunities for a wider pool of non-superstar players. It will create the kind of athletic infrastructure, with careers and businesses connected to the league, that can change lives and regions. It’s a way for the NBA – whose billions in revenue were largely generated by sons of Africa – to give back.

“This is a combination of many decades of work from many people to grow the game on the continent to not only big time to the global stage, but also looking to build an ecosystem right here on the continent,” BAL president Amadou Fall told Marc Spears of The Undefeated.

On Sunday, Rwanda’s Patriots smacked Nigeria’s Rivers Hoopers 83-60. The game looked much different from an American contest, in ways that show why more investment in African basketball is needed.

Uzoh, who plays for Nigeria, was the only player with what American fans would recognize as a typical handle. I didn’t see any other players trying to create off the dribble. The crossovers, hesis and fadeaways we take for granted were rare. The form on a lot of jump shots was not pretty. I only saw one step-back. 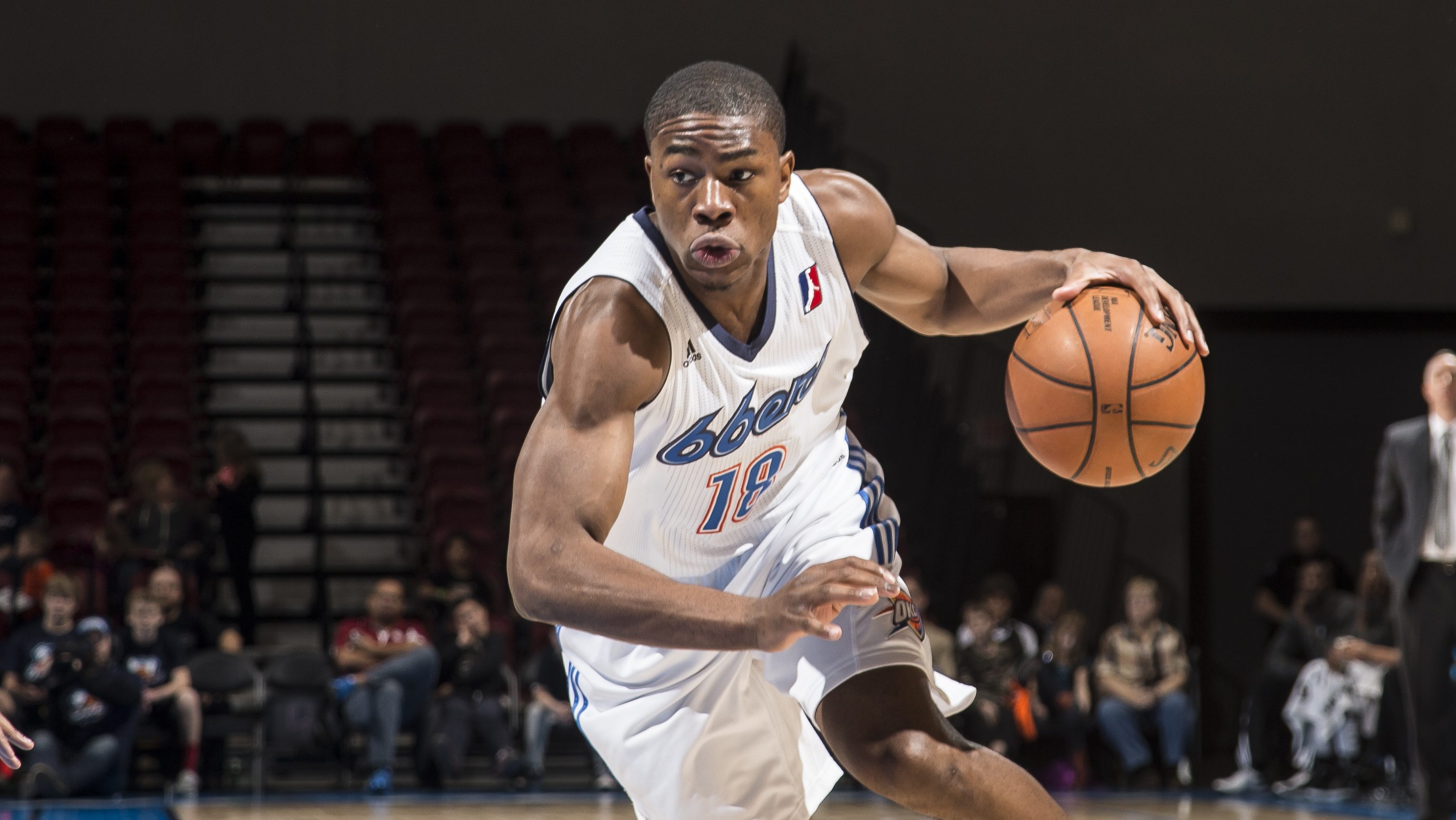 Almost all of the Africans who make the NBA are big men. One reason is because compared with America, basketball resources are much more scarce in Africa, from courts to basketballs to shoes to play in. African players don’t have the same level of opportunity to develop and polish their skills, so smaller players are not as commoditized as their bigs. The skills gap was evident Sunday. But it was more than made up for by the heart, passion, athleticism and simple pride in playing in a new arena on this historic day.

Jermaine Cole was introduced as a reserve at the start of the game. He kept it low-key, with no extra gestures or poses. Cole’s long dreadlocks called enough attention to himself – one striking difference between the BAL and your average American game was the lack of look-at-me hair on the African dudes.

Cole is 36 years old, about 6-foot-4, with a wet 3-point shot and enough game to walk on back in the day at St. John’s before becoming a critically and commercially acclaimed rap star. He’s serious about his game, works out every day, and in my opinion is up there with Master P as the rapper with the most hoop game. Cole plays the 2-guard position for the Patriots. The title of his new album, The Off-Season, refers to the common theme of hoopers and rappers both working to perfect their craft before the bright lights go on. Then, when you step on that court or that stage, you’re ready.

Cole was ready. Wearing No. 15, he checked in with about five minutes left in the first quarter, and the Patriots trailing. All he did was play his position: Stay at the 3-point line, run the floor, guard his man. The defense didn’t give him any open looks, and he didn’t force any. I’ve seen a lot of rap stars, addicted to attention, get on the court and do way too much. Cole played humble.

His first shot came at the end of the quarter, when he hustled downcourt on the break and put back a teammate’s miss. He was on the bench for the start of the second quarter, then came back in with six minutes left. It was easy to forget he was on the court. When the Rivers Hoopers got called for a technical foul, Cole sank the free throw.

In the second half, with the Patriots enjoying a 20-point-plus lead, Cole stayed on the court. As any bench player knows, this is the time to go for yours. They ran a couple handoffs for Cole, but his man got over the pick and he didn’t force the shot. He got a rebound, pushed it upcourt and missed a contested layup. Caught a pass at the foul line, could have shot but dropped a slick pass to a cutting big. Fumbled a pass on the break, but recovered to get the assists. Airballed a 3. Turnover, then another turnover trying to throw it into the post. He checked out for good with 4:34 left.

The Undefeated 44 most influential black Americans in history Read now

Let it be said: Cole has game. He deserves his roster spot. Unless you’re a pro or Division I player, he’d probably give you that work on the court. But on this meaningful day for African basketball, he was simply Jermaine Cole, a man who understood his place in history.

Jesse Washington is a senior writer for The Undefeated. You can find him giving dudes the bizness on a basketball court near you.