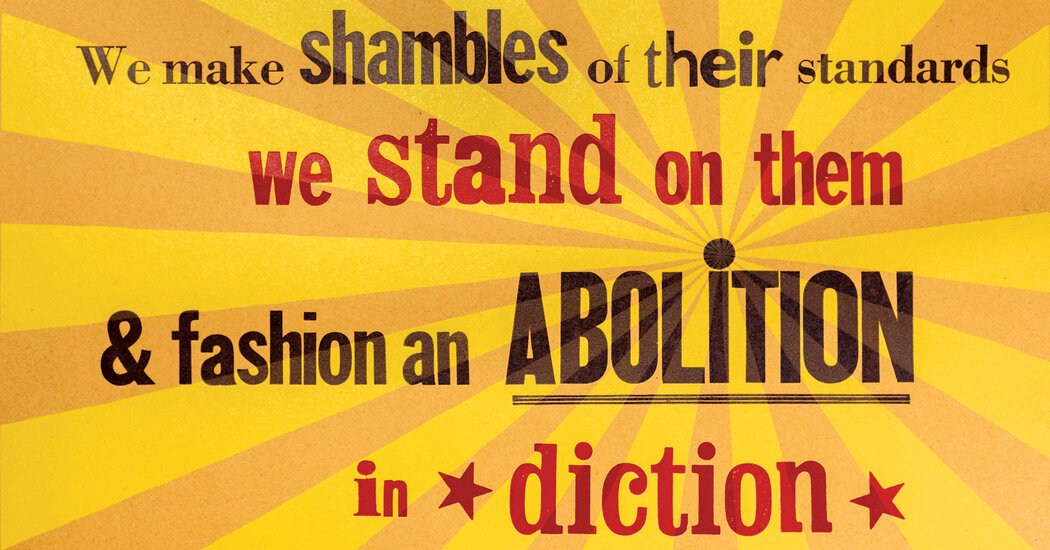 Rappers have an obvious advantage over page-born poets when it comes to rhythm. But poets can shape rhythm, too, through patterns of stress, as well as through their lines on the page. Poets differ from writers of prose in that they, not the typographer, choose where their lines should end, thus giving them the ability to play with a reader’s sense of time. Enjambment, when a syntactic unit overflows from one line to the next, is a bedrock poetic practice, one that endows poets with the capacity to make and remake meaning. In “Highest,” from his forthcoming collection “Somebody Else Sold the World,” the 49-year-old Indianapolis-based poet Adrian Matejka riffs on Travis Scott’s 2019 hit “Highest in the Room,” but where Scott’s lines are almost entirely end-stopped — that is, resolving in a completed phrase — Matejka’s are mostly enjambed. Sometimes the effect is syncopation: “That’s / Machu Picchu high.” Other times, it suspends then reanimates an image with simile: “I raise up / like the highest Black hand in history class.” Still other times, it allows Matejka to unfurl a complex idea across several lines: “I am risen like the blood pressure of anybody / Black mimeographed in the textbook / of this monochromatic year.” In bearing witness to a year of pandemic and racist violence, Matejka’s line breaks deny any effort to skim past the pain.

Moments like these reveal the reciprocity between rap and poetry, small matters of form with large impacts on meaning. “For me, it’s sound,” the 45-year-old Los Angeles poet Khadijah Queen says of her work’s connection to hip-hop, though her poetry also makes use of silence. In her most recent collection, “Anodyne” (2020), she uses the entire page, writing not just with words but with the blank space around them. Her lines dance, yes, but they also stumble, pick themselves back up, stop and start in ways that call to mind an inventive M.C. riding a dozen different beats in succession.

Queen also understands her role and that of her fellow poets and rappers as necessarily engaged in civic work. She looks to Frances Ellen Watkins Harper, perhaps the most prominent Black woman writer of the 19th century, who used her platform to advocate for the abolition of slavery and the rights of women and children. “Our role is to capture what folks are feeling in this time of contradiction: the difficulty and the beauty together. We are called to acknowledge what is happening with clarity,” Queen says. In the aftermath of the killings of Breonna Taylor, George Floyd and many others, rappers were likewise moved to speak out in song. Atlanta’s Lil Baby, 26 and one of the most successful rising artists, released “The Bigger Picture” in June, in which he earnestly grapples with police brutality: “It ain’t makin’ sense; I’m just here to vent.” Over the last year, several other songs gave voice to Americans’ anger and pain: Terrace Martin’s “Pig Feet,” featuring Denzel Curry, Daylyt, G Perico and Kamasi Washington; Noname’s “Song 33”; Meek Mill’s “Otherside of America”; H.E.R.’s “I Can’t Breathe”; Anderson .Paak’s “Lockdown.” For Queen and other Black poets, hip-hop is not only beats and rhymes but something more needful. Hearing Black voices speaking on their own terms creates a refuge, particularly at a time when Blackness and Black people are under siege. “I love hip-hop because it foregrounds the use of Black speech as the default,” she says. “It’s a space to be who you are, unapologetically.”