Music is a universal language. You don’t have to understand the lyrics to feel the joys, the heartbreaks, and the frustrations expressed in a melody. You don’t have to pinpoint musical styles to feel the nostalgia a beat can invoke. For the likes of Bratty in Mexico to Anatomy Rabbit in Thailand, the gentle exploration of love is a palpable and common through line. For Sleepy Hallow in Brooklyn and PinkPantheress in the UK, their nods to ’90s production and expansion of classic international genres, respectively, both hold the power to take you back to another time.

Spotify’s RADAR program connects us to rising artists from across the globe who are united by their expressions of basic humanity and histories. No matter where they are, their songs have a way of hitting the core of who we are and the feelings we most resonate with. So, regardless of the vibe—or the language— you’re feeling today, you can always find a song from RADAR artists to tug on the right heartstrings. Below, you’ll find a few of our recent faves: 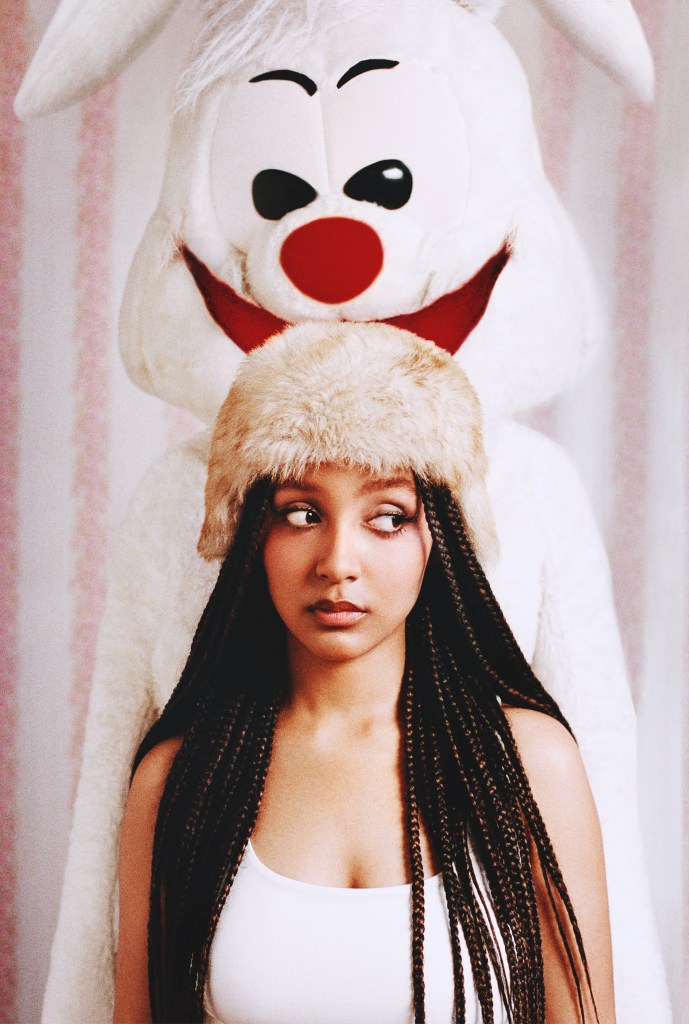 PinkPantheress – just for me (UK)

Bath-born alt-pop producer PinkPantheress’ debut mixtape to hell with it just dropped, and it’s already being touted as one of this year’s most impressive projects for its skillful yet approachable sweetness. Her critically acclaimed reception is no surprise to fans who’ve resonated with her music since she began teasing unreleased 15-second tunes that would soon go viral. Her fast-rising earworm single “just for me” is emblematic of that. Produced by Mura Masa, “just for me” opens like a dewy dream before bouncing into the playful beats and the twinkle-light tone of her voice that’s as hopeful as it heartbroken, in a song about the all-too-familiar throes of unrequited love. 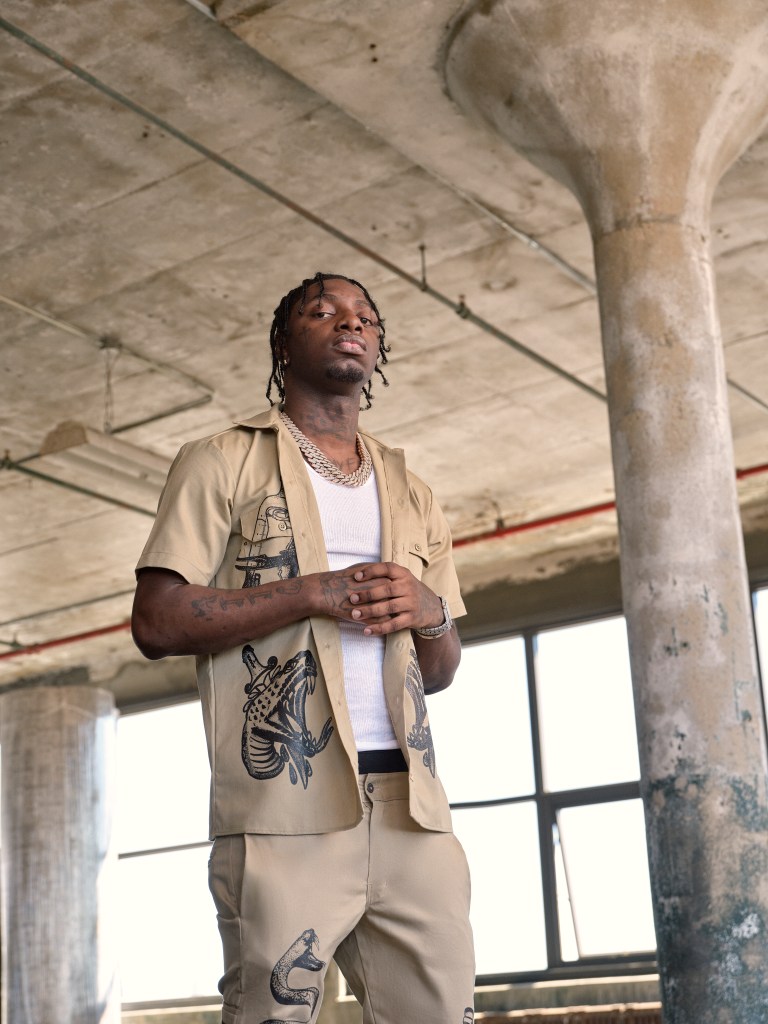 Sleepy Hallow – Luv Em All (US)

Recently named Spotify US’s October RADAR artist, Sleepy Hallow is expanding the definition of drill rap with his latest single, “Luv Em All.” While the genre is a UK export, “Luv ‘Em All” is proof that the Brooklyn-bred, Jamaican-American rapper is making it all his own in the US. In the single, drill beats bump over classic melodies, with Sleepy’s baritone voice dropping personal truths about the women in his life. It’s a style developed by him and his team at Winners Circle, who joined forces with RCA last year. Together, they search older catalogs for samples to reimagine classic records, creating the distinctly nuanced sound Sleepy is now known for. 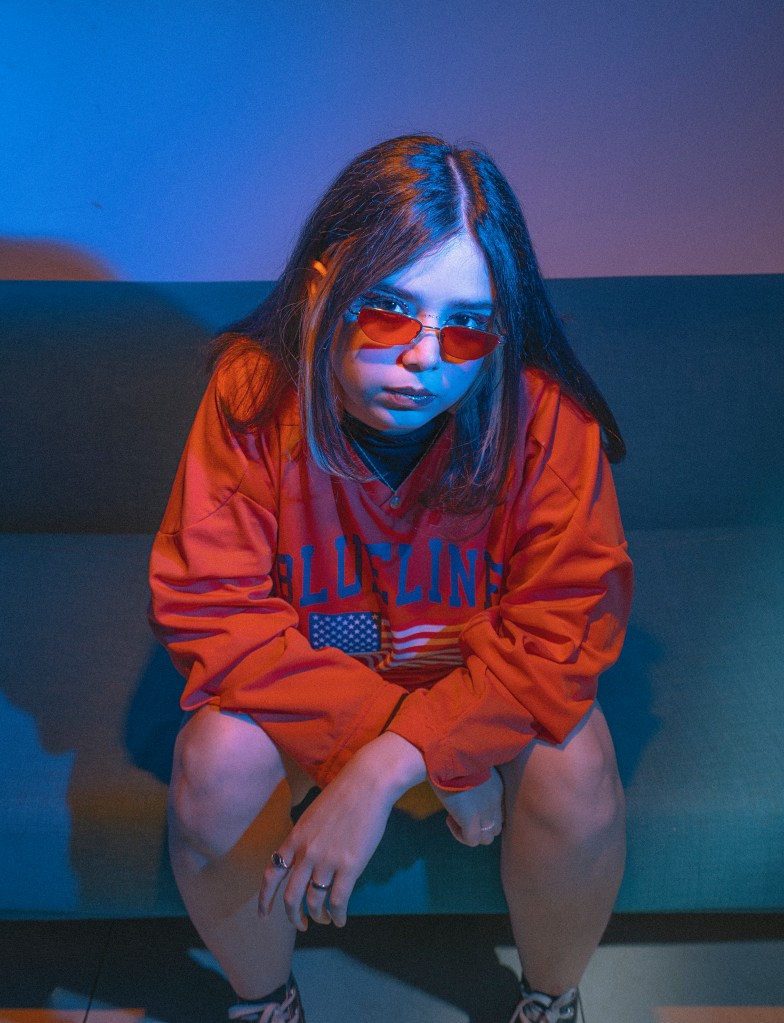 If you need a pick-me-up, queue up Bratty’s “tdbn.” In her latest single, the Mexican bedroom pop artist sings of a better tomorrow over her sunny guitar strumming. The song is a key part of her sophomore LP, a concept album of the same name that’s structured like a chapter book told in reverse. The 10-song album is an emotional breakthrough for Bratty, whose own life experiences inspired the depth and delicacy of its sonic story of growth. And with the optimistic “tdbn” as the second track, Bratty is making a statement that no matter how much you feel it’s the end of your story, a new beginning is always possible. 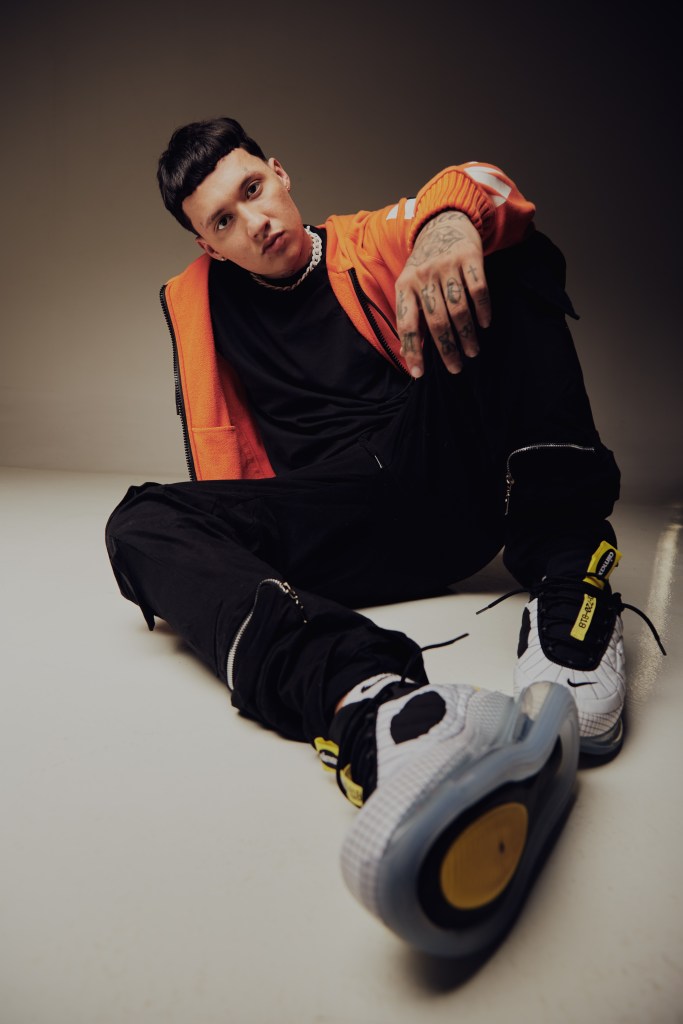 Blessd is quickly becoming one of reggaeton’s most exciting new artists after making waves in his native Colombia with his breakout single “Viernes Social.” His secret to success? His connection to his Catholic faith (hence, the origin of his name) and a super talented support system. On his latest single “Medallo,” Blessd is joined by producer Ovy on the Drums, as well as Justin Quiles, Lenny Tavarez, and Kristoman, keeping his sound fresh and consistently perfect to sway to. The track is buoyed by a hypnotizing melody, signature reggaetonero drums, and Blessd’s velvety vocals that are sure to coax you out of your seat.

Produced By: Ovy On The Drums 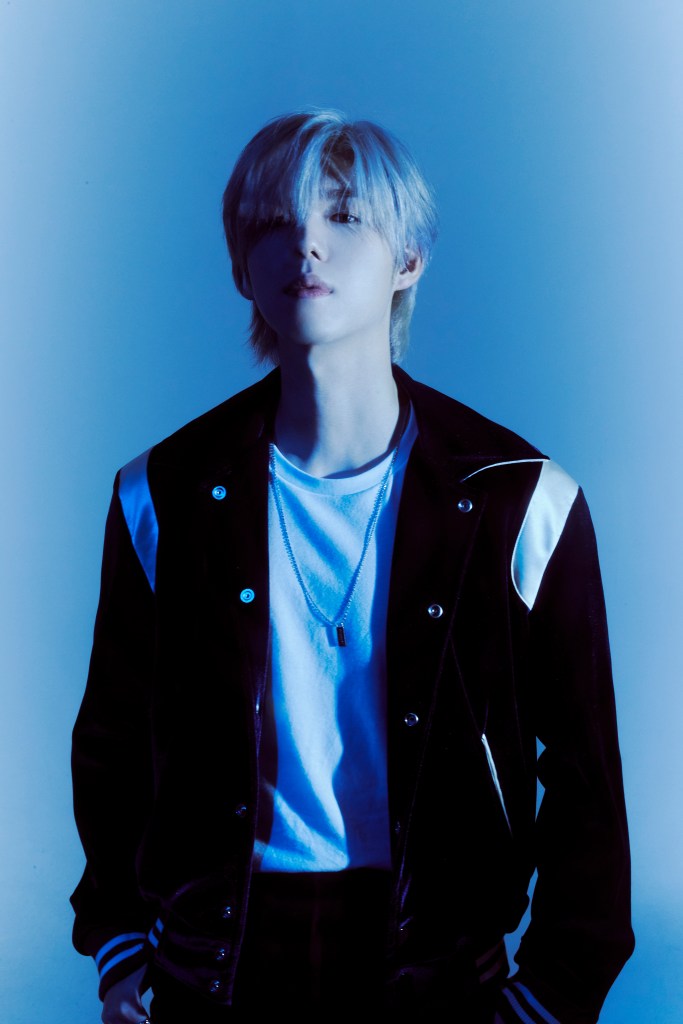 One listen to Gaho’s recent music, and it’s clear his passion burns bright. A stark contrast from “Rush Hour,” his self-described ‘blue flame’ baby-faced single, “RIDE” is a hot ‘red flame’—a sultry mix of rock and R&B that sees him stepping out into the world with a bold confidence that outpaces his years. There’s an edge to the South Korean singer here; the sweetness and innocence of his previous single is now gone in favor of a flirtatious falsetto. If the 24-year-old pop star continues to mix genres as a marker of his burgeoning adulthood, his self-exploration is bound to produce an eclectic forthcoming album with a song for just about everyone. 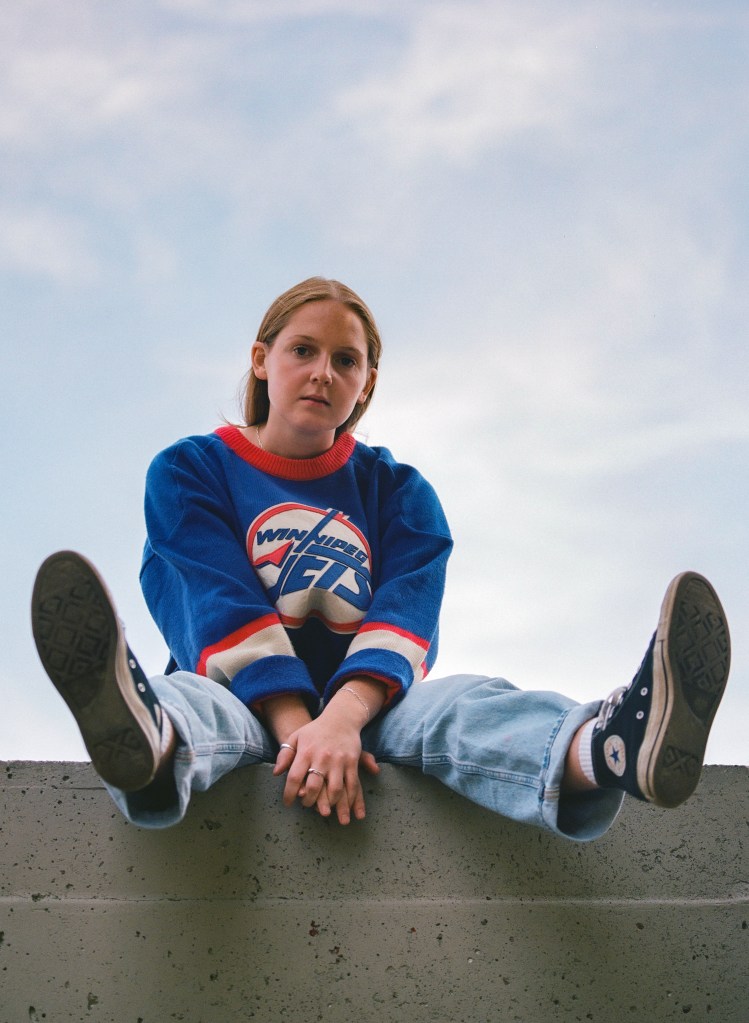 Charlie Houston keeps it simple. From her downtempo sounds to her raw songwriting, the indie-pop artist, reminiscent of Clairo, delivers clarity and honesty in every song she releases. Her exploration of self, heartbreak, romance, and sexual identity are consistently front and center, making her an accessible and relatable Gen Z voice. “Bitches in the Bathroom,” another track produced by her key collaborator Chris Yonge, is her realest to date, and sees her mixing up her style. A deceptively bouncy bop, it smirks at the desperation of the drug-induced, image-obsessed social media generation. 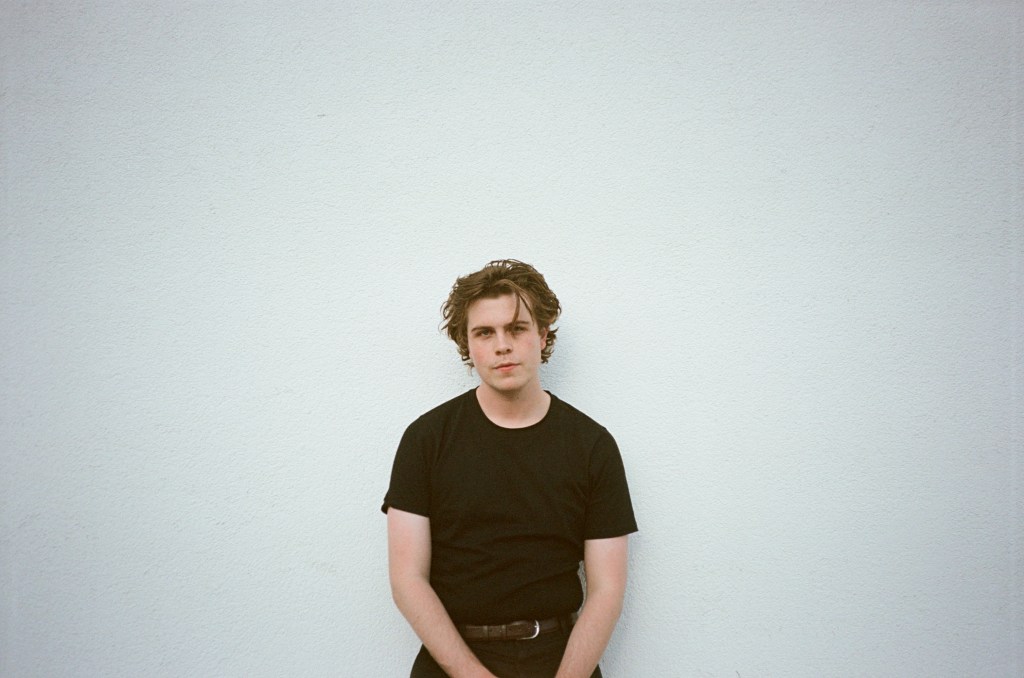 “Popstar” sounds exactly as it should, given the name: an addictive, top 40 bop. For a song remme wrote during lockdown in Holland, it’s remarkably upbeat and optimistic, yet still fitting for a time filled with what-ifs. The track sees the millennial musician daydreaming from the perspective of his small-town high school self. In it, he muses about whether fame and fortune would get his crush to notice him and what it would be like to share that kind of spotlight with her. 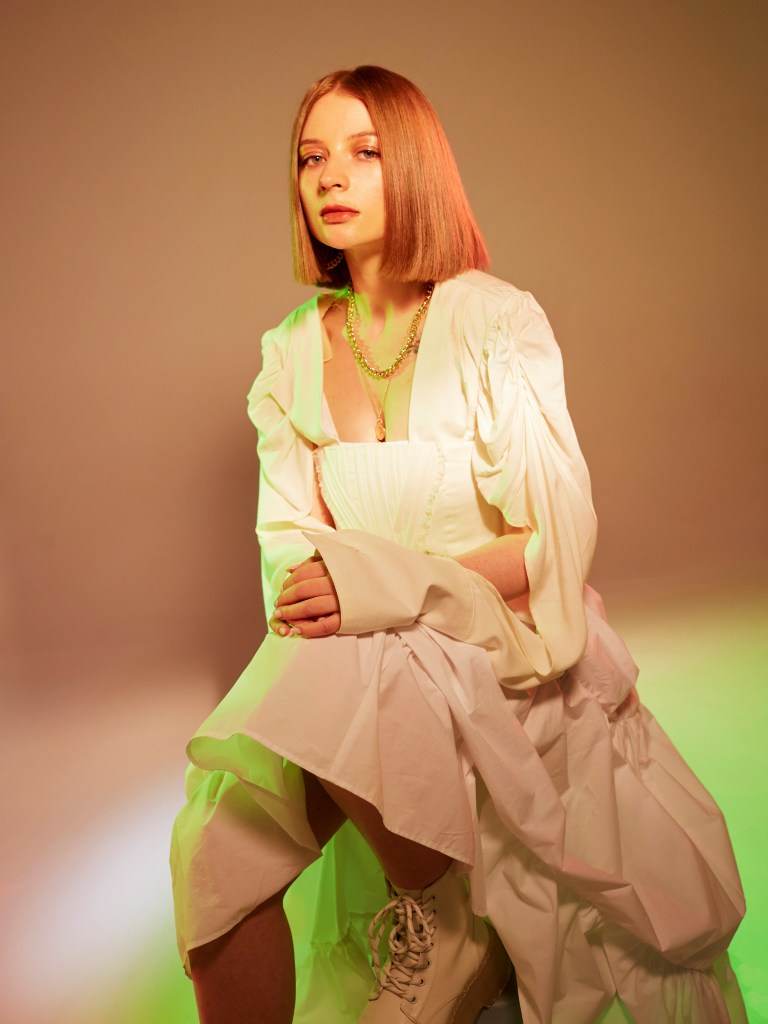 Close your eyes and picture this: ooes (pronounced “oh yes”) singing in the middle of a Russian cathedral, filling the hallowed halls with the echoes of “ночь.” It should be easy to imagine when you learn that ooes grew up as part of a church choir in her small Russian town of Dzerzhinsk. The deep contemplation that comes with those childhood experiences laid the foundation for her melancholy approach to pop, cultivated with the help of her boyfriend Sergey “Quas” Kvasov. “ночь” (“night”), a follow-up to her dusky hit “зима” (“winter”), continues her deep exploration of broken hearts and love left out in the cold. 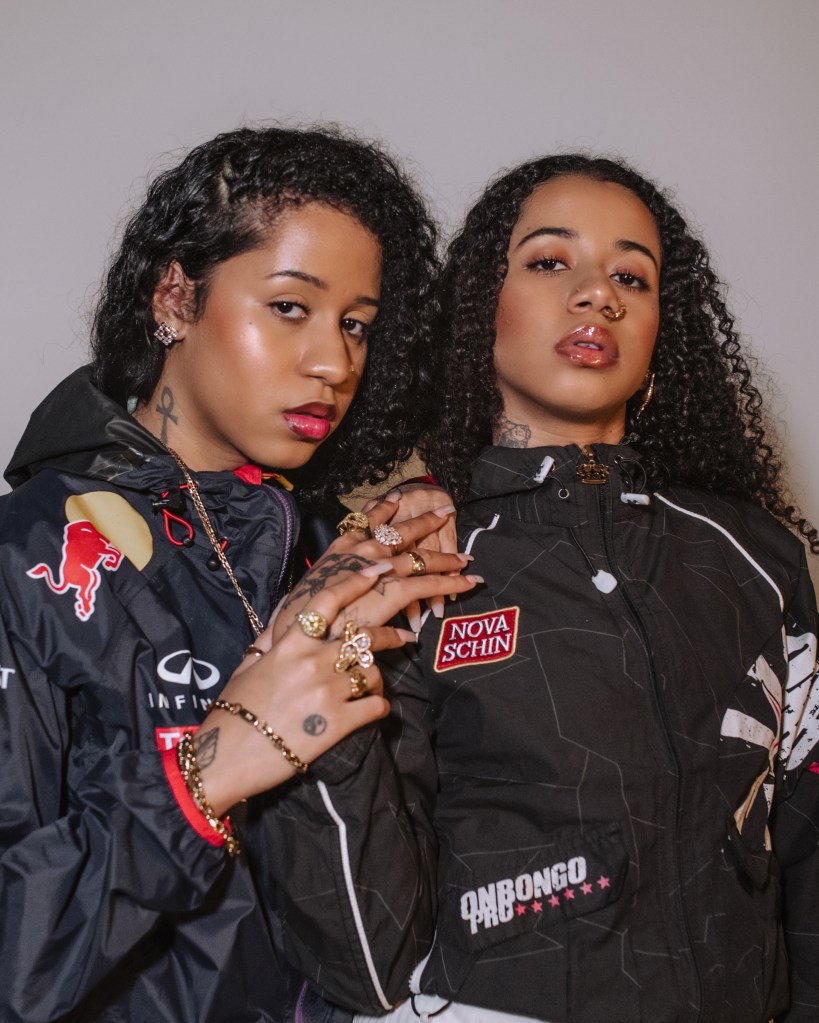 Tasha & Tracie have been influencing the culture for years now, having come to rap through fashion and social activism. The part-Nigerian, part- Brazilian duo from São Paulo rose to internet prominence with their blog “Expensive $hit,” which they initially launched to comment on art, music, fashion, and current events with the goal of ultimately empowering black women from the favelas. Rap became an extension of that passion, with “Diretoria,” the title track off their recently released EP, serving as an infectious and unapologetic declaration of their arrival in music. 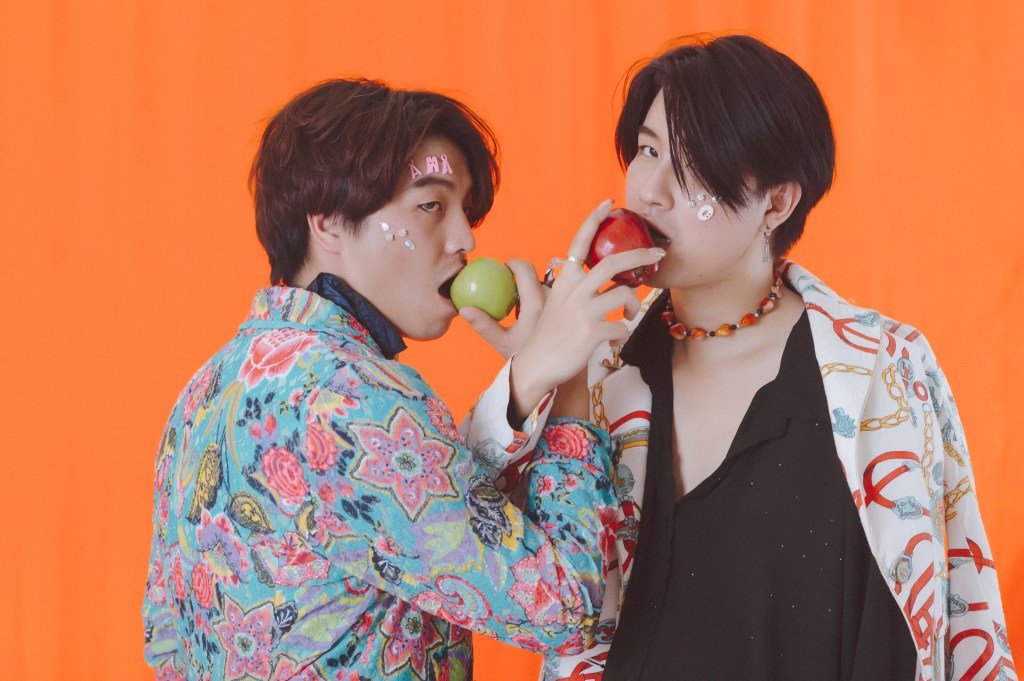 Hearing about Anatomy Rabbit’s idyllic origin story makes their sweet singles all the more surreal. The duo, Oak (vocals and guitar) and Tuk (drums), first met while performing at the same local bar. With an appreciation for similar music, the two came to form Anatomy Rabbit, a name inspired by Oak’s pet Rabbit and his affinity for the word “anatomy.” Their debut album, Holland Lop, was even named after a type of tiny rabbit. Though the story elements sound like a fantasy altogether, the whimsy is true, and it carries into their latest single ”ขอให้โลกนี้ใจดีกับเธอ” (“May the World Be Kind to You”). Affirming the signature softness of their sound, “ขอให้โลกนี้ใจดีกับเธอ” is one of the most gentle songs you’ll ever hear about finally laying a lost love to rest.