South Asian artists you need to start listening to! – The Michigan Daily 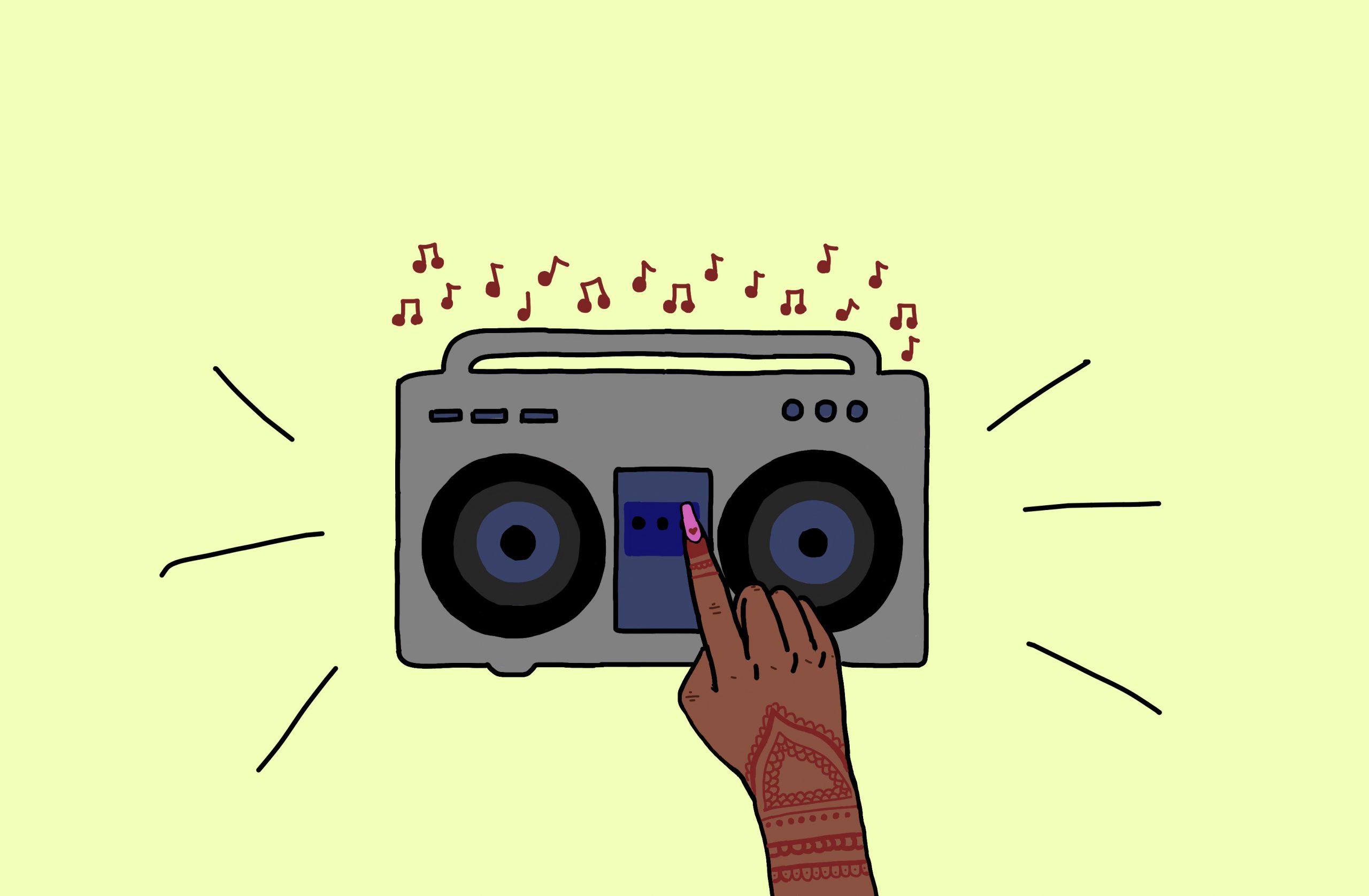 Growing up as a South Asian girl, I felt like I had little to no representation online — not from the movies and shows I watched and definitely not from the music. This presented itself in my daily life, and holidays were no exception. Every October when Halloween rolled around, my friends would dress up as their favorite cartoon characters or Disney princesses who all resembled them, but I didn’t have that option. Instead, I had to dress up as Eeyore or Tigger and other characters without racial distinctions. As I got older, this dilemma persisted as I still could not identify with the movies I watched or the music I listened to. The lack of representation made me feel as though South Asians could not succeed in the music industry. It reinforces the idea that we’re not cut out for the arts. It also made me feel like I was an outsider looking into a white world, where I don’t belong.

My parents would always blast the newest Bollywood, Kollywood or Tollywood movie on our TV. Sitting next to them, I’d listen to the music coming out of the screen, trying desperately to read the poorly translated subtitles. They were insufficient for me since I could not speak any of the languages and thus struggled to connect to the music. Flustered, I started exclusively listening to whatever music was trending in the United States. My representation then became the only popular South Asian artists: Zayn Malik, NAV, Charli XCX and M.I.A., but I only identified with their background, rather than their music. I wanted more. And while I may be able to relate to some lyrics of white artists, it never felt like I could relate to their background and experiences. I just wanted to find artists that I could connect to in both music and identity. Finding more South Asian artists will fill this gap that I have been searching for. I started searching for a couple more South Asian artists and was entranced by the music I found, which pushed me into a never-ending Spotify rabbit hole. Here are some of my favorite artists I have found so far.

Sanjana is an Indian American musical artist from Los Angeles. She is an up-and-coming artist who released her EP “Water, I’ll Grow” in the summer of 2020, and her most popular song, “Can I,” reached over 330k streams on Spotify. When asked about the influence her identity has had on her, she told me, “I was trained in Hindustani classical music & that has informed the way I write melodies in my songs now! … (my family) have always been supportive of my career, even when other people in our community have been skeptical.” Artists like Sanjana are slowly breaking down the barriers that South Asians face in the music industry. During quarantine, I started having weekly picnics with two of my friends since it was not safe to hang out inside. Sanjana’s songs remind me of these picnics — laying in the sun while making beaded bracelets, painting canvases and staring at the clouds while “Falling” plays through my speaker next to us. Her song, “Water, I’ll Grow,” focuses on being grateful for the friendships and other outside forces that have impacted her life as well as accepting things outside of her control. Her lyrics, “Now I’m counting each breath / As a sign that I’m blessed / There’s so much beauty in this simplicity…” remind me of this time in quarantine that I spent with my friends and family. To get into her music, start by listening to “Falling” and “Can I.”

SANJ, or Sanjana Nayak, is an Indian American musical artist originally from Chicago. Her music can be classified as dark R&B and dark pop “with a desi twist.” She shows off her South Asian background in her music through her Carnatic vocals. Along with a few singles, she released an EP in April 2018 called “Finally Free” and an EP in August 2020 called “At Dusk.” The latter quickly became a fan favorite with “Cloudmind” becoming her most popular song with over 76,000 Spotify streams. She also plans to drop another EP at the end of this month. One of my favorite parts of SANJ’s music is the areas where she incorporates her Carnatic vocals. When I was in early elementary school, my mother forced me into Carnatic music lessons and hearing her vocals in “Cloudmind” brings me back to those lessons. We would listen to tapes of similar vocal dynamics for hours during class. Hearing SANJ’s music was the first time I had listened to Carnatic-style music since then. To get into her music, start by listening to “Press Me” and “Don’t Wanna Change.”

Priya Ragu is a Sri Lanken Tamil-Swiss music artist. Her music has both R&B and Sri Lanken Tamil influences such as the tabla and Tamil music samples. Ragu is a breakthrough artist with only three singles and over 165,000 Spotify monthly listeners. Her most popular single, “Good Love 2.0,” has over 1.8 million Spotify streams. Ragu’s accomplishments have been acknowledged by many including large brands like Vogue, which predicted Ragu to “go stratospheric in 2021.” With Ragu’s style being so unique, each one of her singles gives off a different feeling. When I first started listening to Ragu’s music, I felt like it was a way to connect with my culture. Ragu occasionally references Tamil culture in her lyrics, such as in “Chicken Lemon Rice,” where she sings, “Saraswathi force, win ting like that.” The lyrics remind me of how my family along with many other Hindus hold annual prayers to Saraswathi, the Hindu goddess of art, music and education. We pray to her asking for her blessing on all of our books, instruments and stationary. I interpret Ragu’s reference as a way to recognize the power Saraswati holds on her music, and on music in general. To get into her music, start by listening to any one of her three singles.

Different from the previously mentioned artists, Weston Estate is a majority South Asian boyband, who advertises themselves as “ya aunty’s favorite boyband.” With the exception of Marco Luka, a vocalist for the band, identifying as Cuban American, the members identify as South Asian. Their music can be categorized as alternative and indie. The band strays away from the cliché boyband typically structured around all white members or, if we’re lucky, a token person of color. The band also breaks musical barriers as they work with a primarily white genre: indie. Their music reminds me of the recent late-night bonfires I’ve had with friends. We sit around the bonfire talking while “Pears” quietly fills the background and my friend strums her guitar, trying to keep up with the beat of the song. To get into their music, start by listening to their newest single “Pears” and “Cotton Candy.”

Pritt is a British Sri Lanken Tamil music artist. Her music is categorized as R&B and Indie with clear Tamil influences. She has been recognized by GQ India and POP SUGAR as having “dreamy visuals” and “cheeky lyrics.” She is also the first Tamil woman to be featured in BBC Asian Network’s 8 Future Sounds artists. Pritt finds ways to incorporate her Tamil background into more than just her lyrics and beats. She includes a lot of Tamil writing in her song and album cover art — one of the original reasons I started listening to her. It really inspires me how she’s always been so open about her identity and the issues she faces through her identity. For example, in her song “Identity,” she sings, “I don’t need to bleach my skin / Soakin’ in the melanin / I’m desirable within myself…” Tamilians tend to have darker skin and, as a result, colorism has been a prominent issue in our community. From childhood, we’ve been taught that fair skin should be sought after, and I interpret Pritt’s lyrics as directly rejecting this colorist ideology while embracing darker skin. To listen to her music, start by listening to “365,” “Smoke & Mirrors” and “Tunnel Vision.”

Priya is a Nepali American musical artist from New York. With only four singles, she already has over 18,000 Spotify monthly listeners. Her most popular song, “At the Party,” has over 285,000 Spotify streams. Her music has been influenced by both the contemporary style and R&B. “At the Party” would play through my car’s speakers driving through downtown on my way home from my friends’ houses. The twinkling fairy lights from almost every shop, the yellow street lighting, the unusual emptiness in the streets and the two other cars around me fit so well with the song. To get into her music, start by listening to “At the Party” and her debut song, “Kick It on the Weekend.”

Saint Ivory is a group consisting of two brothers, Ketan Jogia and Avan Jogia. After releasing two singles, they released an album based on Avan Jogia’s book: “Mixed Feelings.” Their music focuses a lot on their biracial identity as their father was British Indian and their mother was white. Their music takes on a poetry-like flow that corresponds with Avan’s book. Other than the catchiness of the music, I enjoy listening to Saint Ivory because of both the meaningful lyrics as well as its nostalgic feeling. One of their songs, “Uganda 1965,” includes snippets of recorded conversations between the boys and their family. The dynamic reminds me of core memories visiting distant relatives when in India. My family would stop by their apartments for a few hours before returning back to my close family’s flat. I would sit next to my parents while they drank coffee and listened to my relatives’ never-ending stories until we could find a pause to escape. The song also brings me back to my occasional phone calls with my grandma, where we would talk until my mouth hurt too much to continue. To get into their music, start by listening to “Loretta” and “Miss Universe.”

I have compiled a playlist with all of the mentioned songs as well as other South Asian artists I think you should start listening to. And of course, it includes a song from all of your favorites: ZAYN, NAV, Charli XCX and M.I.A.

MiC Columnist Roshni Mohan can be contacted at romohan@umich.edu