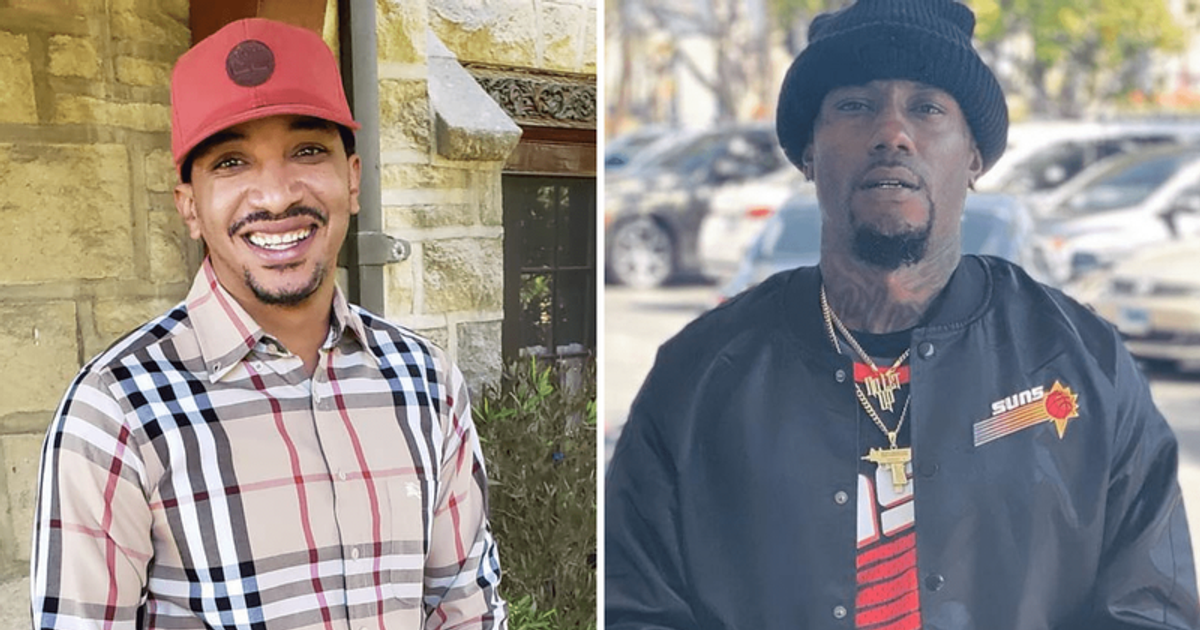 Verzuz battles might be a new trend with some of the top hip-hop commercial artists going for a face-off but usually, real hip-hop fans opt for the brutal rap battles that take place in the underground scene of the genre. Fans can rejoice over the same as a super fight between battle rap legends Rum Nitty and Hollow Da Don has been announced that will take place in July 2021.

The newly-announced rap battle is organized by the Ultimate Rap League (URL) in association with Caffeine TV. Speaking of URL, female emcees Shooney Da Rapper and Viixen The Assassin locked horns over the weekend along with other battles such as O’fficial vs Gatas and First Day Flamez vs E-Hart. A rap battle between NXT and Murda also made headlines in the first week of June. Social media users also enjoyed the hilarious Verzuz battle between Bow Wow and Soulja Boy on Instagram Live over the weekend. Verzuz was started in March 2020 by legendary producers Timbaland and Swizz Beatz.

Is Gucci Mane vs Jeezy Verzuz battle worse than Brandy vs Monica? Internet says they ‘owe a damn apology’

The battle between Rum Nitty and Hollow Da Don has been dubbed as a “super-fight.” The legendary battle rappers will go head to head for a spine-chilling battle on July 17. The timings of the battle are yet to be announced.

Just like all the URL battles, the face-off between Rum Nitty and Hollow Da Don will be streamed live on Caffeine TV. The battle will, however, will make it to URL’s official YouTube channel a few days later.

Rum Nitty, whose real name is Cornell Powell, hails from Phoenix, Arizona. The renowned battle rapper has 45 battles to his credit. In 2021, he has already faced battle rappers like Don Marino, Holmzie Da God and Jey The Nitewing among a few others. He started his career with King of the Dot rap battles but later transitioned to URL.

Hollow Da Don’s real name is Nigel Bennett. The New York native has 37 battles to his name and he is considered as one of the top global battle rappers. His battles have garnered more than 40 million views on social media.

‘Super fight this is some summer madness’

A few social media users who aggressively follow rap battles took to Twitter as soon as the super-fight between Rum Nitty and Hollow Da Don was announced. Speaking on the same, one user claimed that Hollow will win the battle saying, “Hollow 2-0 clear.” Another user stated, “Why isn’t this on Summer Madness?? crazyyy… still gonna be a dope match.” One added, “Wow, the di di don back, if he beat rum, mook has to be next.” The next one tweeted, “Nitty boutta drop an all time performance, Days gonna have to come outside.” One user concluded, “Super fight this is some summer madness.”

why isn’t this on Summer Madness?? crazyyy… still gonna be a dope match

Wow, the di di don back, if he beat rum, mook has to be next.

Nitty boutta drop an all time performance, Days gonna have to come outside

Super fight this is some summer madness