Fiel recently came out with the single, ‘Bubble Up’ which transcribes the tunes and rhythmic patterns of contemporary themes and chronicles. 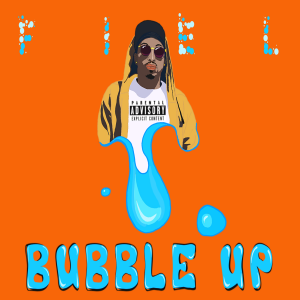 Talented rapper Fiel is a Chicago-based artist who is currently soaring high with his newest release, ‘Bubble Up’. The song has already captured the audience stream as it has reached over 250K plays so far on Spotify. The song’s production is an uplifting one that is filled with fun and frolic in its rhythms which is the perfect enamel to break into a summer dance. The artist’s spontaneity and creative diligence make the song emerge as one of the best numbers in the scope of modern-day hip hop. He does justice to the track by taking the thematic motion forward with his artistic grip and resilience.

The song ‘Bubble Up’ was released followed by his other hits such as ‘Had Dreams’, ‘My Time’, ‘Believe It’, and ‘Piggy Bank’. Before becoming a solo artist, Fiel was part of the hip hop duo The Hoodgeekz and a former member of the Chicago Footworkingz. Together, they appeared on tv shows like America’s Best Dance Crew, America’s Got Talent, and 106 & Park. He also appeared in various music videos such as ‘Fighter Jet’ by Caligula ft. Wiz Khalifa, ‘Red Bottoms’ by Trina, Sip My Drink by Fast Eddy, and ‘Watch My Feet’ by Dude n Nem. Listen to his latest single on Spotify and YouTube to know more about the current wave of hip-hop sagas.

Listen to his track on Spotify: