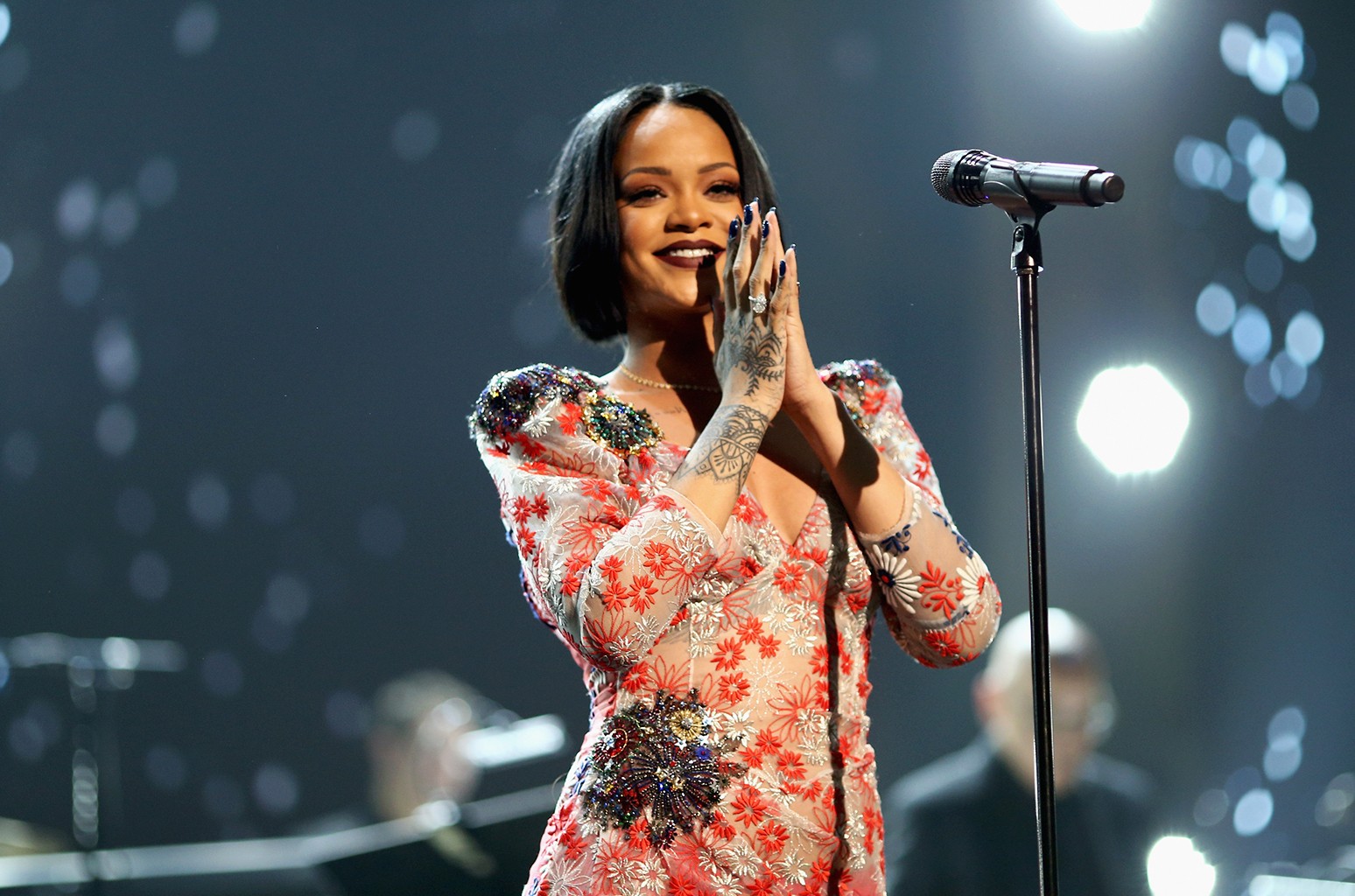 Rihanna has gone on to collaborate with some of the best the genre has to offer. Whether it’s teaming with T.I., Kanye West, Drake or Eminem, the ANTI artist boasts a unique ability to take tracks to the next level.

Future surprised the world with back-to-back No. 1 albums right around this time in 2017. The second, Hndrxx, would cater to his pop fanbase and dig further into his R&B roots. Rihanna popped up for a soothing duet, as worlds collided on the tuneful “Selfish.” The pair would mesh vocals on the chorus, bridged together by a solo verse from each of them. It’s a shame the track wasn’t properly pushed and marketed, with Future’s team opting to go with “Mask Off” as the radio record of choice from the two albums, even though “Selfish” would debut at No. 37 on the Hot 100. The ATL native is somewhat familiar with working with Rihanna, as he previously landed on RiRi’s 2012 smash “Loveeeeee Song” and penned her verses for Mike WiLL Made-It‘s “Nothing Is Promised.”

After leaving her off Thank Me Later, Drake linked up with Rihanna on the title track of his classic sophomore album. Drizzy and RiRi pass the baton back and forth, with the Carribean Queen handling chorus duties to let Drake know she’ll always be there for him. Meanwhile, the OVO frontman pours his heart out over mistakes he’s made in the past. The sultry collab heavily samples Jamie xx’s remix of Gill Scott-Heron’s “I’ll Take Care of You.” A visual for the tune was eventually released in 2012, featuring Drizzy and Rihanna lusting over each other, which put their fanbases into a frenzy. The music video now has more than 294 million views on YouTube as of press time, and “Take Care” reached a peak of No. 7 on the Hot 100.

Following the success of “Run This Town” and “Umbrella,” RiRi and Hov joined forces for “Talk That Talk,” which appeared on Rihanna’s sixth studio album of the same name. The StarGate-produced tune finds Jay adjusting his game a bit to fit the more pop complexion of the track, rhyming about the struggles of staying faithful while out on the road. Unfortunately, “Talk That Talk” didn’t totally fulfill its potential, as the tune was overshadowed by dance hits from the 2011 project like “Where Have You Been,” “We Found Love” and “Birthday Cake.”

On the surface, a Rihanna and Eminem linkup didn’t make much sense. But the duo has gone on to defy logic and craft a pair of radio-friendly bops with Recovery‘s “Love the Way You Lie” and 2013’s “The Monster,” as both reached the apex of the Hot 100. The Alex Da Kid-produced anthem saw Em and Rihanna reflecting on the abusive relationships of their past, which deeply resonated with listeners who had gone through something similar.

“This song, it gave a voice to not only victims, but also what I really enjoy about this song is not only how cleverly written it is,” Rihanna told MTV of the track’s appeal. “I can’t believe he wrote this song like that, but the fact that he confronts himself on this record was the biggest thing for me, and I think that’s what people connected to the most.” The official music video now has more than 1.7 billion views.

“FourFiveSeconds” is genre-blending genius at its finest. The 2015 track was released with Rihanna, Kanye and Paul McCartney as the main artists. Boasting minimalist instrumentation, a West specialty at the time, and brash lyrics, the tune went on to be an unlikely commercial success, reaching No. 4 on the Hot 100.

The track gave the Beatles frontman the record for the longest time between top 10 hits, with his last trip prior to teaming with Ye and Ri being “Spies Like Us” from 1986. “When you read the lyrics, it’s a completely different song than what you are hearing,” Rihanna relayed to V magazine. “The music is easygoing, but the lyrical content is very loud and in your face.” It’s a shame this couldn’t have landed on ANTI or West’s scrapped So Help Me God album.

After getting Rihanna inked to Def Jam under his watch in 2005, Jay and Rihanna teamed up for their first collab, and it was glorious. The percussion-filled tune kicked off RiRi’s breakout Good Girl Gone Bad album in 2007. “Umbrella” was originally intended for Britney Spears and Mary J. Blige, who thankfully passed on the record, which spent seven weeks atop the Hot 100. The track’s momentum carried all the way into the Grammy Awards, where Jay and Rihanna took home the honors for best rap/sung collaboration in 2008, marking her first of what is now nine wins.

With Drake still yearning after Rihanna ghosted him and publicly denied anything romantic going on between the two, they teamed up for one of their best collaborations to date. The steamy “What’s My Name” powered RiRi’s Loud album and went on to notch her a third No. 1 record in 2010 alone. Many wondered the status of Drake and Rihanna’s relationship at the time, as he subliminally questioned Ri’s intentions earlier that summer on “Fireworks.” He even told The New York Times that he basically felt used by her. “What’s My Name” was so infectious that Rihanna’s team had no choice but to leave Drake on the official album cut, even though he was intended for the remix.

It’s only right Rihanna notched the lone listed feature on Kanye West’s posse cut “All of the Lights.” The masterpiece would take months for West to complete, tweaking instrumentation and vocals at every turn. The finished product features contributions from John Legend, The-Dream, Elly Jackson, Alicia Keys, Fergie, Kid Cudi, Elton John and Drake. Rihanna showed off her vocal range and shined above the rest when delivering a monstrous hook over West’s horn-laden production.

She detailed how the beat stuck out to her when Yeezy played her part of the project to MTV News. “[Kanye] actually played his album to me, like, three months ago, and ‘All of the Lights,’ that was one of my favorite songs. So when he asked me to come up to the studio at 2 o’clock in the morning, I had to, because I loved it, I knew it was that song,” Rihanna explained on the MTV Europe Music Awards red carpet. “All of the Lights” would go on to win best rap/sung performance at the 2012 Grammy Awards.

Getting Jay-Z, Rihanna and Kanye West on the same track in 2009 is like when LeBron James headed to South Beach to team up with Chris Bosh and Dwyane Wade on the Miami Heat a year later. And “Run This Town” would be King James’ “not 5, not 6, not 7” speech at the Heat’s welcoming party. The braggadocious track features three artists in the prime of their careers, and they can’t be stopped. The results speak for themselves, as the pompous tune took home best rap song honors at the 2010 Grammys.

Getting RiRi on “Live Your Life” wasn’t always a forgone conclusion. Tip described there being “a back-and-forth in the studio,” but he continued to “hear her voice on the record.” T.I. was handsomely rewarded after Rihanna came through and significantly raised the trajectory of the song, which went on to become her third No. 1 of 2008 and his best-selling track ever as a main artist. The inspirational anthem still sounds as refreshing as it did over a decade ago. “Until the game ends, ’til the clock stop/ We gon’ post up on the top spot,” she prophetically sings. It’s 2019 and Rihanna remains at her peak.