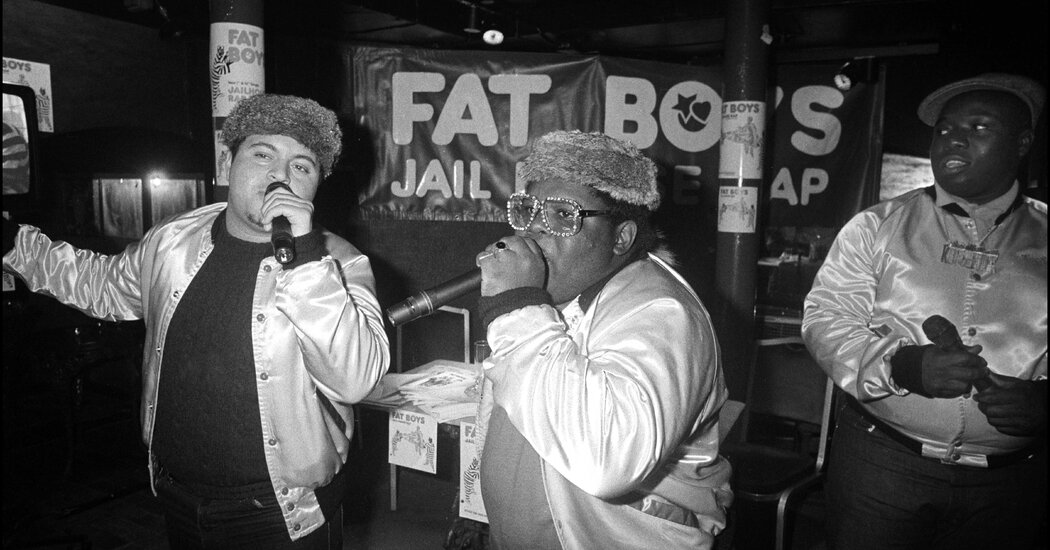 Prince Markie Dee, who as a member of the trio Fat Boys released some of hip-hop’s most commercially successful albums of the 1980s and helped speed the genre’s absorption into pop culture, died on Thursday in Miami. He was 52.

His death was confirmed by Rock the Bells, a SiriusXM station where he had been a host. No cause was given.

In the mid-1980s, Fat Boys were among hip-hop’s best known groups; their 1987 album “Crushin’” went platinum and featured a collaboration with the Beach Boys, “Wipeout,” that was their biggest hit, reaching No. 12 on the Billboard Hot 100. That year, the group starred in a full-length comedy, “Disorderlies.”

Hip-hop was just beginning to become accepted into the mainstream of American pop culture, and the group’s lighthearted rhymes, accessible dance routines and winning comedic approach made them effective ambassadors on hits including “Jailhouse Rap,” “Stick ’Em” and “Can You Feel It.” Some of their songs were about food and played on their image as harmless heavyweights.

Prince Markie Dee was born Mark Anthony Morales on Feb. 19, 1968. He formed the Disco 3 in the early 1980s along with Darren (the Human Beat Box) Robinson and Damon (Kool Rock Ski) Wimbley, friends from the East New York section of Brooklyn. They won a 1983 talent show at Radio City Music Hall and were signed to a management contract by the show’s promoter, who suggested they change their name to Fat Boys.

Their size became their gimmick, their calling card and their accelerator. Their manager once organized a promotional contest in which fans could guess the group’s collective weight.

The group released seven full length albums; in addition to their platinum “Crushin’,” three went gold. In 1984, Fat Boys appeared on the Fresh Fest tour, the first hip-hop arena tour. Four years later, the group recorded a new version of “The Twist” with Chubby Checker. The trio also appeared in the films “Krush Groove” and “Knights of the City” before breaking up in the early 1990s. Mr. Robinson died in 1995 at age 28 after he fell off a chair while rapping for friends and lost consciousness.

Prince Markie Dee released a pair of solo albums in the 1990s, the first of which spawned the hit single “Typical Reasons (Swing My Way).” At the same time, he was beginning to work as a songwriter and producer for Uptown Records, collaborating with Father MC and Mary J. Blige. He helped write and produce Ms. Blige’s 1992 breakout hit “Real Love” and worked on her debut album, “What’s the 411?” He also worked on songs and remixes for Destiny’s Child, Mariah Carey and others.

Information about survivors was not immediately available.

Later in his career, Mr. Morales was a radio personality at WMIB-FM and WEDR-FM in Miami and on SiriusXM. But he was best known for being one of the Fat Boys when the group’s songs were seemingly everywhere.

“I would be walking and all of a sudden I would hear music ricochet off the walls,” the rapper Fat Joe wrote on Instagram, recalling how Fat Boys’ beatboxing — “huh huh huh ha huh” — was “the first song they would play at the block party to summon you to appear.”

He called Mr. Morales “a great guy, a legend and pioneer.”