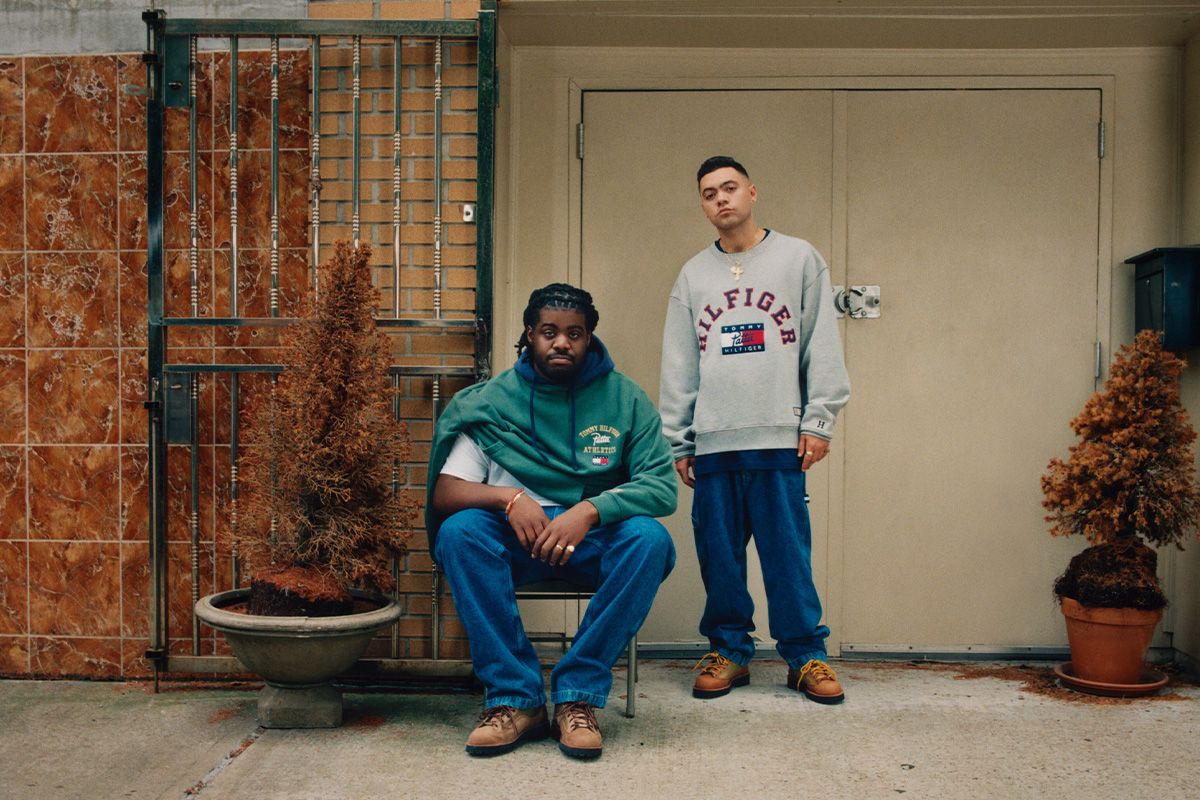 Editor’s Notes: Little has made as much sense as a Patta x Tommy Hilfiger collaboration since they debuted midway through last year.

The former: a Dutch streetwear label inspired by Black culture, the latter: a quintessential American imprint and symbol of nineties US hip-hop. Together, it just works. Seamlessly, in fact.

Their first collection — which was inspired by the Pan-African flag, a symbol of Black liberation worldwide — was met with wide appreciation, as Patta dipped into the Tommy archives to celebrate both brands’ history in Black culture.

Such was its success, the pair are reuniting for a Fall/Winter 2022 collaboration and this time honing in on the New York hip-hop scene of yesteryear and, in turn, paying homage to both brands’ streetwear heritage.

“The collection is basically an ode to New York City and the nineties, one of the golden eras of hip-hop,” Edson Sabajo, Patta co-founder, tells Highsnobiety. “The city has been instrumental for both brands, as has the genre and its culture.”

While the collaboration might celebrate the past, it’s undoubtedly framed in the present, with the pair enlisting New York-native artists Wiki and Mike for the campaign — two artists regarded as leading figures in the raw resurgence of modern day hip-hop.

Together with renowned music producer The Alchemist, the pair have created an original track titled “One More” for the collaboration, a limited-edition 12” vinyl housing various mixes, as well as two additional tracks featuring the two independently.

When it comes to the collection itself, things are kept relatively simple — in a good way, of course. Sweaters, tees, hoodies, and denim adorn custom co-branded takes on the epochal Tommy motif, while simultaneously reviving the spirit of nineties with the cuts and colors.

“We kept it straight forward,” explains Sabajo, “We created items that are reminiscent of items that were both timeless and relevant in the nineties, but that are still relevant today — and of course we made sure to incorporate a baggy fit.”

Despite the success of their debut collaboration, Sabajo admits that there were learnings to be had, something Patta has taken into consideration this time around, describing the first link-up as a “learning curve,” like “any collaboration.”

“When you get to know each other better, results get better. The devil is in the detail, so we are obsessed about all the different elements and angles that this project has,” adds Sabajo.

“In the end it’s a people’s operation, so it’s important to have patience and humility but at same time our vision and goal has to be clear. This way we have a great outcome and reach the goal in a positive way which is equally important to us.”