On the record: Catching up with Small Town Records’ newest artists – Duke Chronicle 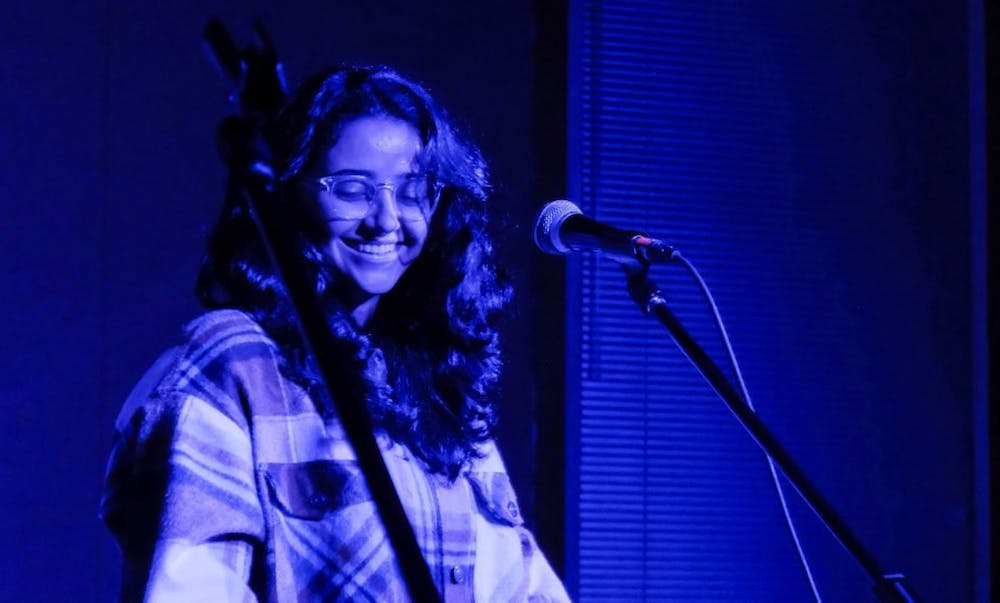 Since its founding, Duke’s student-run record label, Small Town Records (STR), has given student-artists an opportunity to explore and develop their musical passions while balancing their academics. The label consistently seeks new talent of every genre, giving students the experience of making music in a professional setting.

The Chronicle had the opportunity to speak to junior Ila Amiri and first-year Jack Fuchs, two new artists on the Small Town Records roster, in separate interviews. Amiri’s interview was conducted through email, and Fuchs’ interview was conducted over Zoom. The artists shared insights into their experiences making music and how STR has empowered them to further their craft so far. Both interviews have been edited for length and clarity.

The Chronicle: How long have you been making music? What role has music played in your life?

Ila Amiri: I’ve been playing instruments since I was five years old, starting with the piano and branching out to the flute, guitar and drums. Music has played a huge role in my life. I met most of my friends growing up in band, orchestra and musical theater. It’s also how I process the emotional things I go through — by writing songs. I genuinely don’t know what I would do or where I would be without music.

Jack Fuchs: I’ve always really loved music, but I started getting into it … [during] sophomore year of high school — I started playing piano when I was about 10. I began classically trained and hated it. […] but I really learned to understand the piano and chords. And by sophomore year of high school, I started to write [music] therapeutically. Just sort of to help process emotions and figure out where I was in relationships. Then I realized some of the songs were kind of good. It’s really helped with my mental health. So I started taking it a little bit more seriously, kept writing, picked up a guitar. And then started producing. And now, here I am at Duke, joining Small Town Records.

TC: What has been your general process for improving on your craft?

IA: Every song I write is my new favorite, I just try my best to do better every time. I also make note of what I like about my favorite songs by other artists when I listen to them and try to take inspiration there. The more I write, the more I understand what my definition of a great song is.

JF: When it comes to songwriting, it’s all about cranking out songs. Looking back at some of the first songs I wrote, they’re adorable, right? Terrible by any standard. But they meant a lot to me in the moment. [I spend] a lot of time at the piano. Trying to be there every single day, both because I want to be there [working] but also just because it’s very therapeutic. It’s sort of a safe space.

TC: Who are your musical inspirations? Can you see their influence in the music you create?

IA: My musical inspirations are Dodie, Lizzy McAlpine, Catie Turner, Orla Gartland, Sara Bareilles, JP Saxe, Christina Grimmie, P!NK, Sam Smith and Adele. I definitely think you can hear some of those inspirations in my music in both the vision I have for songs’ production and in the lyrics themselves.

JF: [I’m a] big John Mayer fan. I’m more of a pop singer-songwriter vibe. I’m getting a lot of my current influences from Jeremy Zucker, ROLE MODEL, a couple other individuals that are out there. I write two different kinds of songs.  My music is either emotional, and stripped back. Like, I’m really into strings. I want to start using the violin in songs. And then the other side of me is […] faster and digital while implementing a lot of analog instrumentals. And I want a lot going on. I want stuff that the listener doesn’t even recognize going on.

TC: How has STR benefitted you in terms of enabling you to continue making music?

Subscribe to our weekly email about what’s trending at Duke

IA: STR provides all the resources I didn’t have before. I have yet to release music because I want it to be the best it can be before putting it out into the world and STR’s resources allow me to get my music to that stage. I have also never worked with a team before so meeting with managers and marketing reps is new but very exciting and I can’t wait to start booking gigs!

JF: The main reason I joined was to have a space and a team primarily for production. They’ve got a wide variety of producers. The audio engineering team with STR is great. And then the other aspect of that, once you’ve got the music, they’ve got a phenomenal marketing team as well.

TC: Is it difficult balancing your academic life at Duke and other non-music extracurriculars with music? What’s the life, specifically, of a student-musician at STR?

IA: It definitely forces you to learn how to manage your time better. I just try to find a few hours every week to work on my music and make sure I keep track of all of my deadlines so I don’t fall behind. I haven’t been in STR very long yet but already I can tell that it’s a continuous process of meeting with people on the team and putting in studio hours regularly.

JF: I’d say it is difficult, because I love music. At the same time, I’m not a music major. And I’m not sure I’m gonna, like, take the jump and make this my life. I’m a Public Policy major. I’m in DSP. I’m working on a political campaign right now. […] So I’m doing things and I’m trying to bounce two different passions in two different spaces. Both extracurricular and academic. So it is challenging. And I think that what’s unfortunate about it is you can only give 100% to both those for so long. So yeah, I mean, I’d say that the life of a student musician is busy and, and it’s activating two very different sides of yourself. Which can be nice as an outlet. The creative side and the intellectual, pragmatic side are both being explored and utilized, but at the same time, it makes it a little bit difficult to switch back and forth. I’ve got a big essay due and I have to write music. I might be a little spent intellectually and therefore can’t tap into my emotions.

Amiri and Fuchs both plan to release music in 2022. Fuchs is currently open to collaborations. If interested, please contact him at his email, jackson.fuchs@duke.edu.