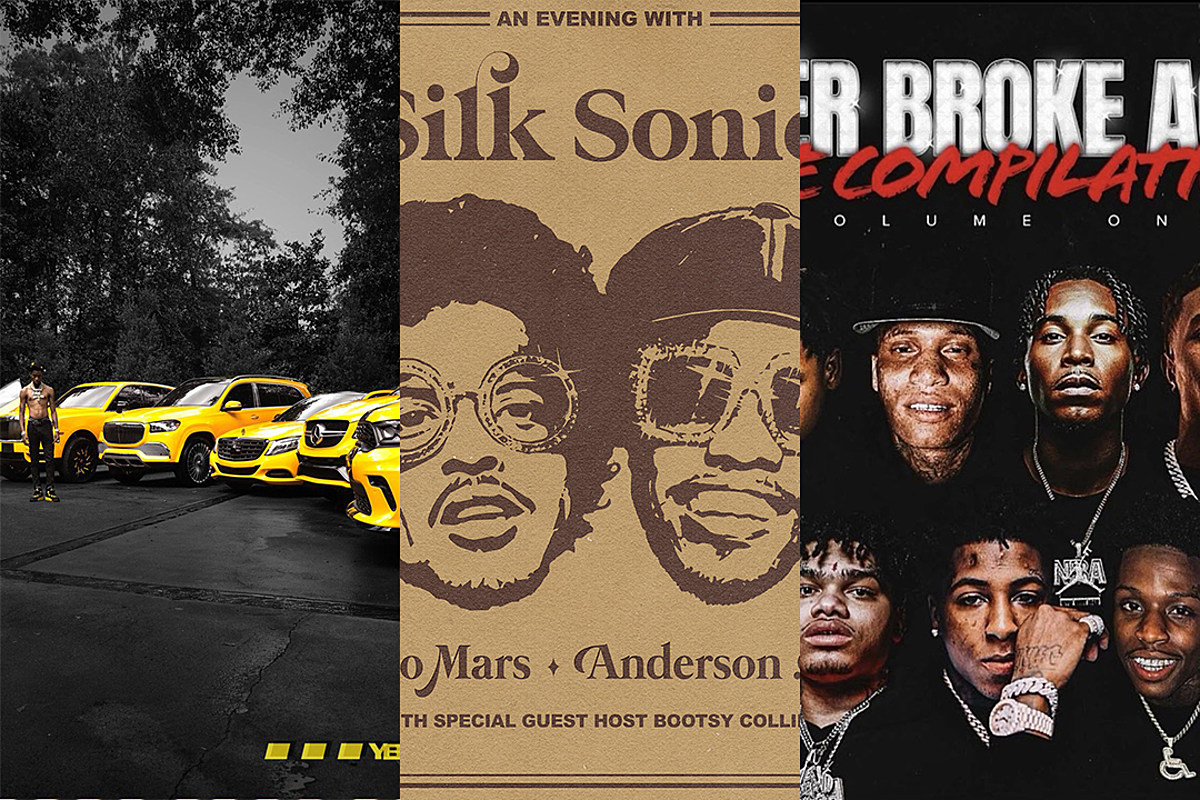 The holidays are approaching and of course hip-hop is bearing gifts in the form of new music. October ushered in highly anticipated efforts from Meek Mill and Young Thug. But rest assured, the next four weeks in November won’t disappoint.

Young Dolph‘s protégé Key Glock drops his album, Yellow Tape 2, on Nov. 5. The Memphis-bred spitter, known for his oftentimes bass-heavy, entrancing production, delivers the new project as a follow-up to the initial installment of his Yellow Tape series, which dropped last year. Prior to YT2‘s arrival, Key Glock released two singles: the Tay Keith-produced “Ambition for Cash” and “Da Truth.” And although Key’s last solo effort might’ve arrived in 2020, the rapper and his Paper Route Empire leader, Dolph, teamed up for their joint effort, Dum and Dummer 2, which arrived earlier this year and debuted at No. 8 on the Billboard 200 album chart.

Rap and R&B duo Silk Sonic—comprised of Anderson .Paak and Bruno Mars—will be releasing their first LP, An Evening With Silk Sonic, the following week, on Nov. 12. After amassing major success with their 2020 single, “Leave the Door Open,” which has garnered nearly 600 million streams on Spotify, and “Skate,” which came out over summer, the hit-making artists are delivering an entire album full of mesmerizing tracks that seamlessly fuse melodies and feel-good lyrics that are all plays and no skips.

A compilation album is also coming from YoungBoy Never Broke Again‘s Never Broke Again crew. Following the news of YoungBoy’s release from jail on bond and into house arrest on Oct. 26, the collective will be delivering Never Broke Again: The Compilation Vol. 1 on Nov. 19. Complete with songs from NBA YoungBoy, Quando Rondo, NoCap and a host of others on the roster, the first single to arrive from the upcoming LP was rising rhymer Meechy Baby’s “Cutlass,” a track paying homage to the classic Oldsmobile ride.

Other new projects from Snoop Dogg, Curren$y, Joell Ortiz and much more are set to arrive in the month of November. Take a look below to find the other releases coming within the next 30 days or so.