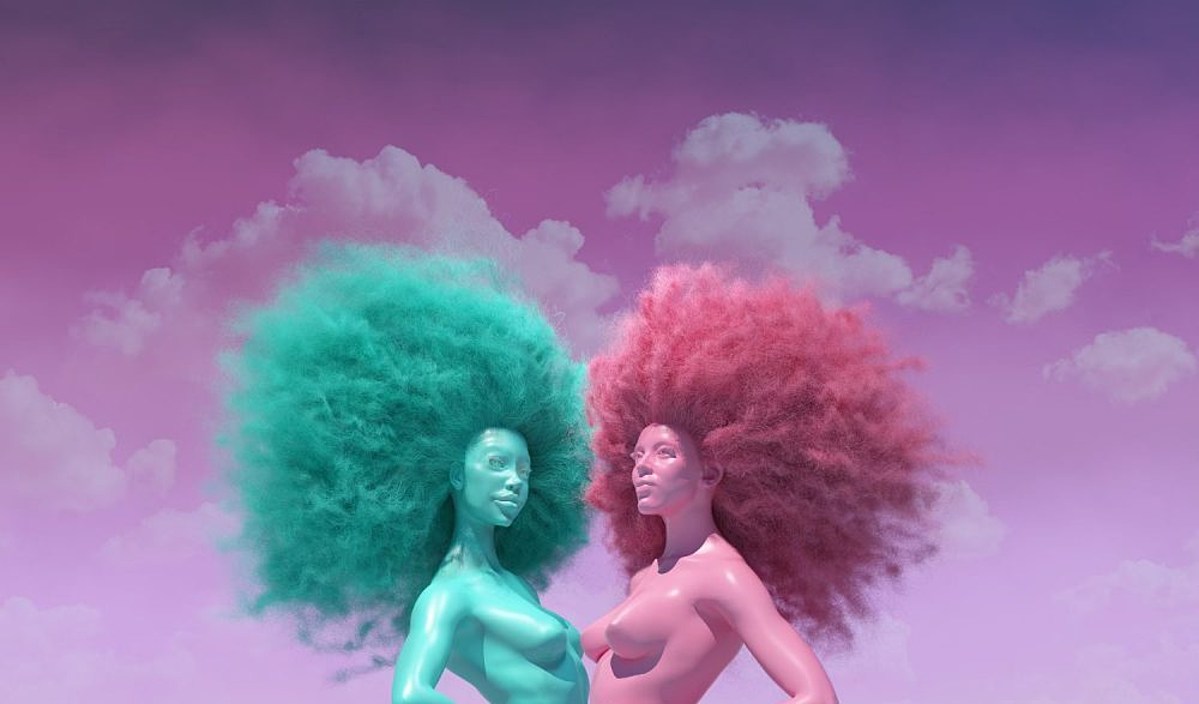 This week in hip hop, we got the anticipated new Brockhampton album (featuring Danny Brown, A$AP Rocky & Ferg, JPEGMAFIA, and more), and you can read my review of that in Notable Releases. We also got a posthumous Chynna single and new songs from Tkay Maidza, Tierra Whack, Doja Cat/SZA, Gwen Stefani/Saweetie, Polo G, Conway the Machine, Westside Gunn, Navy Blue, BERWYN, CupcakKe, Queen Naija/Ari Lennox, and more. Read on for all the rap and R&B songs we posted this week.

Philly-born rapper Chynna passed away at age 25 on April 8, 2020, and today a new posthumous song has been released on the one-year anniversary of her death. You can read more about it here.

Zimbabwean-born Australian rapper Tkay Maidza has released her second single of 2021, and you can read more about it here.

The ever-colorful Tierra Whack teamed up with LEGO for this new single.

Doja Cat is gearing up to release her new album Planet Her this summer, and its new single “Kiss Me More” is a collab with SZA. Doja Cat told Apple Music that she made this song “in the spirit of” SZA, and then eventually reached out to her to have her sing on it. It’s pretty much the perfect middle ground between SZA’s ethereal R&B and Doja Cat’s more immediate, radio-friendly vibe.

Gwen Stefani has shared a new version of her recent single “Slow Clap,” and this one features a newly-added verse by rising rapper Saweetie, who also joins Gwen in the high school cheerleaders-inspired video.

Polo G has a new album called Hall of Fame expected this year, and it’ll include this new single, which finds him exploring his melodic side to great effect.

UK rapper/singer/producer/instrumentalist BERWYN follows his very promising 2020 debut DEMOTAPE/VEGA with his first single of 2021. Like DEMOTAPE/VEGA, it’s an inventive track that blurs the lines between early James Blake and current UK rap.

CupcakKe hasn’t released a new album since putting out two LPs in 2018, but she’s stayed prolific with several singles since then. Here’s her first of 2021, the triumphant-sounding “Mickey.”

Sonder has tapped Jorja Smith for this stripped-down dose of acoustic guitar-fueled R&B.

Queen Naija and Ari Lennox come together for a syrupy R&B track about two women realizing they’re dating the same man. “We thought ‘Set Him Up’ would provide a fun take on this crazy kind of situation,” Naija says.

Having recently released the Portugal. The Man collab off their upcoming debut album for Sub Pop, Alaska group Ya Tseen (the new project led by Nicholas Galanin) have shared the song featuring psychedelic hip hop greats Shabazz Palaces and Stas THEE Boss. If you’re into Shabazz, you’ll probably be into this too.

Gabriel Garzón-Montano has released Agüita EP: I on Jagjaguwar, featuring two remixes of the title track of 2020’s Agüita (and other tracks), including this very appealing one that features newly-added vocals by Sampa The Great and Amber Mark.

Veteran Newark rapper Beneficence and Boston producer Confidence will release a collaborative album, Stellar Mind, on April 23 via Ill Adrenaline Records. New single “My Way” features two other East Coast vets, Masta Ace and Phantasm of Loud Records-signed duo Cella Dwellas, and as you might expect, it sounds straight out of the ’90s.

Producer, DJ and remixer J. Period has worked with The Roots, Nas, Lauryn Hill, and Mary J. Blige, among anothers, and now he’s announced his debut album. The first part of the three act Story to Tell comes out April 30 via Truelements Music / RBC Records, and the first single is “All In Your Head.” It’s narrated by Dave Chappelle and features appearances from Tiffany Gouché and Black Thought, as well.

Longtime collaborators Westside Gunn and Mach-Hommy teamed up for a nine-and-a-half minute freestyle on Easter, and it’s exactly the kind of throwback-yet-fresh-sounding song you’d expect from these two.

In the market for new vinyl? Benny the Butcher’s great 2020 album ‘Burden of Proof’ is now available on vinyl and you can pick it up in the BrooklynVegan shop.