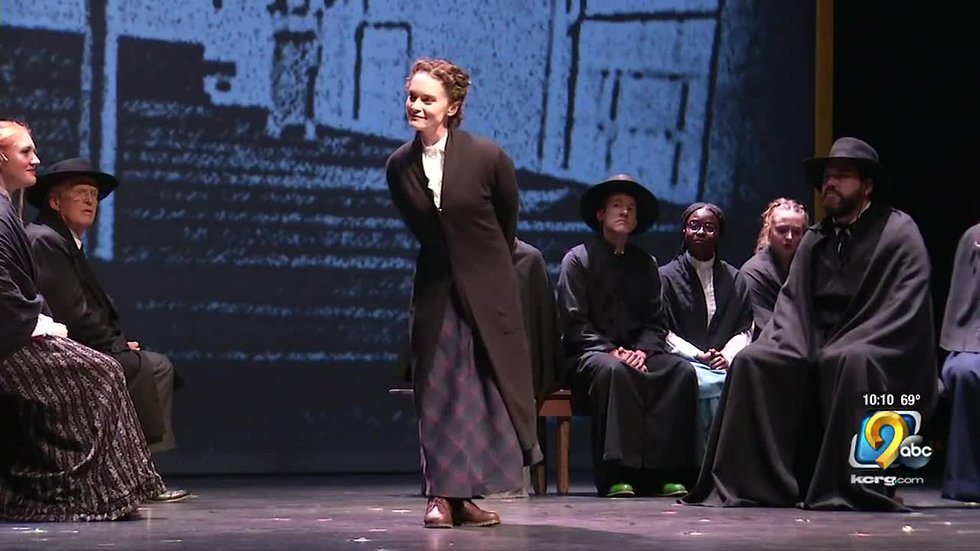 The Suffragist tells the story of several historic female leaders working to get women the right to vote.

Composer and Executive Producer Nancy Hill Cobb started working on the show more than five years ago, along with Cavan Hallman of Cedar Rapids, who wrote the book and lyrics for the show.

“I said we need to write a musical about this story of the women’s right to vote. Because these stories are not known, and this is something that can really engage some young women in becoming real female American heroes,” Cobb said.

The show was supposed to debut last year, but was delayed by the pandemic.

“It’s a groundbreaking new musical,” Klein said. “It is an enormous show. There’s 30 people. There’s 17 people in the orchestra. It’s telling an incredible story, but it’s telling it in an entertaining way.”

The show opens Friday night at the Gallagher Bluedorn at UNI and runs through Sunday. More details and tickets for the show can be found here.