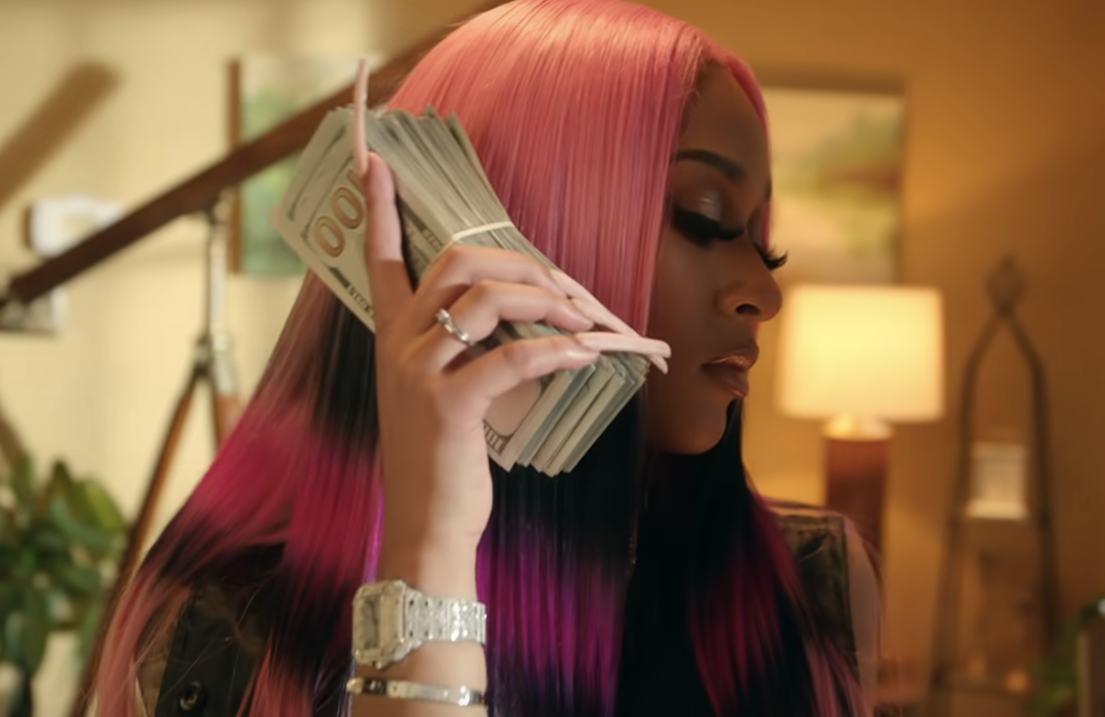 On this week’s episode, we’re talking about one of the biggest success stories to come out of the city’s music scene in a very long time: Milwaukee rapper Lakeyah.

The 19-year-old has been on a rapid rise since signing to one of rap’s biggest labels, Quality Control, last year, garnering unprecedented streams for a Milwaukee native. And after a remarkable run of singles from her debut mixtape for the Atlanta label, “Time’s Up,” she just dropped a follow-up project that’s likely to be even bigger. When was the last time you saw a Milwaukee artist with their own billboard in Times Square?

That’s all fantastic on the surface, but here’s what makes Lakeyah’s success especially exciting: The industry’s interest in her hasn’t been despite her being from Milwaukee. It’s in part because she’s from Milwaukee. Atlanta has elevated artists with Milwaukee ties before, most notably Rico Love and K Camp, but neither of those artists made Milwaukee part of their artistic identity (even at the height of K Camp’s success, Milwaukee never tried to claim him as one of our own).

Lakeyah, on the other hand, continues to bill herself as a Milwaukee artist, playing up her ties to the city in interviews and also in her music. Her breakout video “Big FlexHER” was filmed in Milwaukee and doubles as a celebration of the city. And like that track, her recent single “Easy” was produced by Reuell Stop Playing, a Detroit produced favored by lots of Milwaukee rappers. That regional sound is her secret sauce, the style that sets her apart from every other Atlanta rapper competing for music’s most competitive market share.

So Lakeyah’s success hasn’t happened in a vacuum. She’s one of many Milwaukee rappers who has captured the attention of tastemakers beyond the 414 area code. In March, Pitchfork published an article about the city’s ascendant rap scene — “Milwaukee is up next” the site tweeted — and although the piece took a few potshots at the city, it reflected the growing interest our scene. The right people are starting to pay attention.

We’ve got the talent, and it keeps proving itself. Mari Boy Mula Mar and Chicken P continue to generate millions of streams. Relative newcomer Big Wan is building an enormous buzz. Last month Milwaukee street rap trendsetter Solowke returned to the scene, and instantly picked up where he left off with a run of thrilling new singles. And around the same time young rising star 54 Baby Trey also returned after a prison sentence, and he’s been teasing a knockout comeback single.

3thirtyK, meanwhile, has been bringing long-overdue attention to the city’s South Side. MT Twins, the beloved brother-brother duo with big-time commercial potential, just got back together. And on the more alternative-leaning side of the spectrum, critical favorite WebsterX just dropped a single that might be his most beautiful yet, ensuring a lot of eyes are going to be on his upcoming album.

Any one of those acts could blow up if things broke their way, but even that roster barely scratches the surface of how deep the scene’s talent tool is right now. There are at least a dozen other acts that could credibly make a push for the big time, too, with new ones emerging every month.

“Definitely this is going to be a interesting summer, one of the best we’ve had in a long time regarding the Milwaukee music scene,” one of the city’s most prominent rap managers told me this week, echoing a sentiment I’ve seen countless times among Milwaukee rap fans on Twitter and in the comments of videos — the stars seem to be aligning for the city right now, and if things go well we could be in store for something truly special.

So expectations for the city’s rap scene have never been higher. Can it deliver? Piet and I discuss the scene’s promise — and its lingering challenges — on this week’s episode, which you can stream below.

Get all of 88Nine’s podcasts delivered right to you weekly at RadioMilwaukee.org/Podcasts. We’ve got podcasts about music, food and film, with fresh episodes dropping every week! And don’t forget to check out our new podcast “By Every Measure,” a six-part examination of systemic racism in Milwaukee.