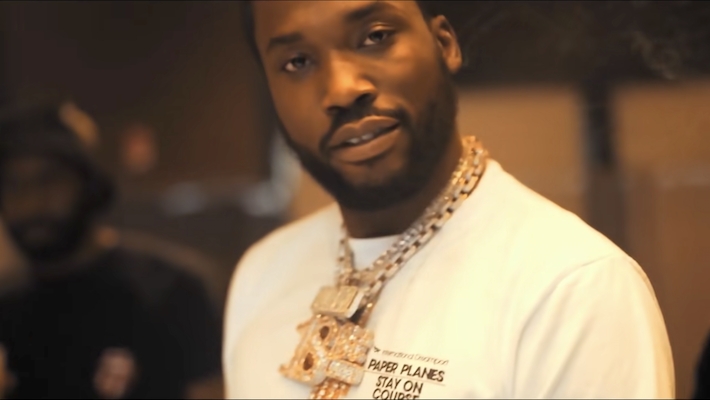 Meek Mill decided to get proactive about blogs’ tendency to only cover “goofy sh*t” he does by giving them something else to post about — namely, new music. Today, the Philadelphia rapper released a new video for a no-frills quick hitter called “Flamers Flow,” in which he goes for broke in his signature rapid-fire flow, boasting his accomplishments and mourning his trauma.

The video is likewise relatively straightforward, as Meek Mill raps directly to the camera while fellow street rappers Bobby Shmurda and Dave East (who’s been making cameos in a lot of rappers’ videos lately) play hype man, with Bobby even going so far as to challenge Meek to a push-up contest in the studio. Whether the new single is an indicator of more new music on the way remains to be seen, but Meek’s on the right track if he wants to see his media coverage turn a corner.

Meanwhile, Meek’s coverage has included plenty of celebratory stories as well (I guess “selective attention” is still a thing), as he recently purchased his grandmother a new house, shared a new photo of his youngest son, and invested in cryptocurrency.