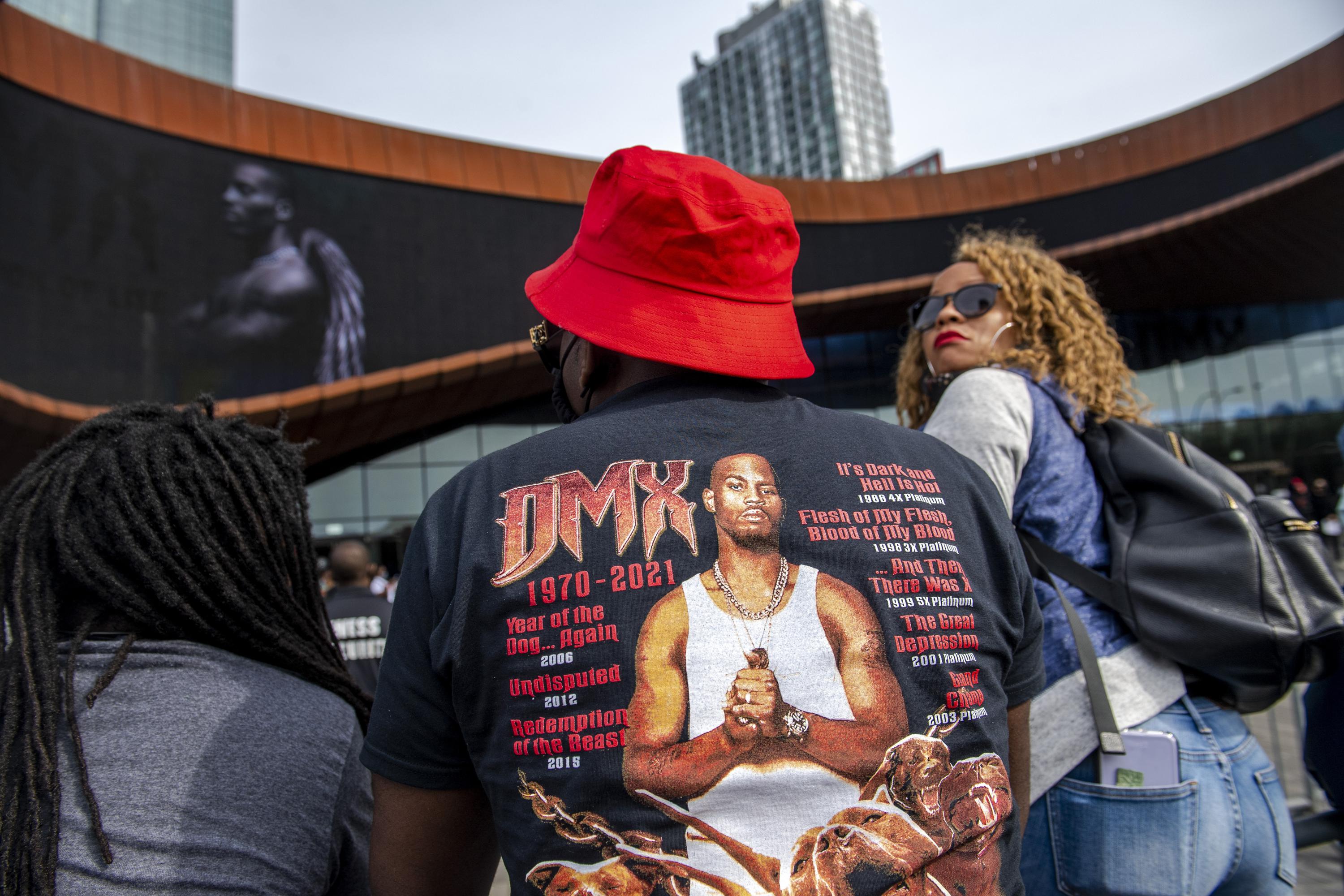 Religious leaders and musicians prayed, sang and delivered moving tributes as members of DMX’s family sat in the first rows of the Christian Cultural Center in Brooklyn. The private funeral service began 2:30 p.m. EDT Sunday and was broadcast live on BET and the network’s YouTube channel.

The 50-year-old Grammy-nominated rapper and actor grew up just north of New York City in Yonkers and delivered iconic hip-hop songs such as “Ruff Ryders’ Anthem” and “Party Up (Up in Here).” His electrifying music focused on themes of religion, violence and redemption, and inspired scores of fans and performers worldwide.

DMX arrived on the rap scene around the same time as Jay-Z, Ja Rule and others who dominated the charts and emerged as platinum-selling acts. DMX fronted the Ruff Ryders collective, which had success on the charts and on radio with its “Ryde or Die” compilation albums.

Crowds of close family and friends also attended a two-hour memorial ceremony Saturday at the Barclays Center in New York, which featured a moving tribute from DMX’s 15 children.

Both ceremonies were closed to the public and restricted to close friends and family because of the coronavirus pandemic.

DMX, whose birth name was Earl Simmons, died April 9 after suffering what officials called a catastrophic cardiac arrest. He spent several days on life support after being rushed to a New York hospital from his home April 2.