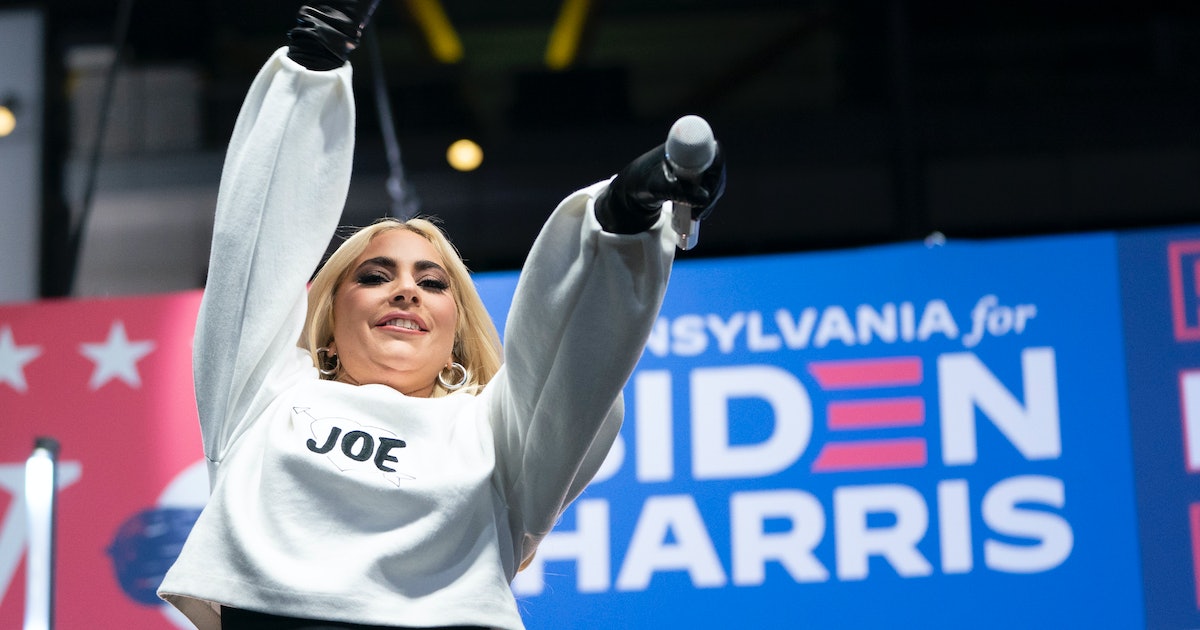 I think we can all agree that there’s one group of people who did more than anyone else to help pull us out of the muck and mire of four years of the Trump administration. No, it wasn’t the protesters who marched in record numbers through the streets; it wasn’t the activists who did the painstaking work of ensuring the most vulnerable among us were at least partially shielded from the White House’s barrage of malicious executive orders and bigoted policy initiatives. It wasn’t even the grassroots organizers who knocked on countless doors, registered thousands of voters, and helped energize an electorate to deliver Donald Trump his historic defeat in 2020.

No, I think you know who I’m really talking about here — those people who worked hardest, worked smartest, and had the most to lose during those turbulent times. That’s right, it’s The Celebrities. Where would we ever be without ‘em? And now, in a just released book from longtime music industry insider Danny Goldberg, The Celebrities are finally here to tell the world just how much they really mattered between 2016 and 2020.

Bloody Crossroads 2020: Art, Entertainment, and Resistance to Trump bills itself as “a deep dive into the role that mass-appeal movies, television, videos, and music played in Donald Trump’s failed re-election campaign,” which features “brand-new interviews with some of the major players.”

Holy shit! Is your mind blown? That *popping* sound you heard just then? That was my mind being blown at John Legend reminding the world that he, a celebrity, thought Trump was bad.

Here’s another recent excerpt, this time from The Wrap, detailing more of the Trump/Legend-Teigen feud:

Trump tweeted that the singer was “a boring musician” and referred to Teigen as his “filthy mouthed wife.” The next night, James Corden quipped, “Trump has done a lot of work to support criminal justice. He’s had half his campaign staff thrown in jail.” Stephen Colbert told his audience that Teigen’s nickname for Trump #PresidentPussyAssBitch was trending: “She just beat Trump at Twitter and nicknames.”

Raise your hand if this made any difference whatsoever for you or anyone you know during the 2020 election? Hell, raise your hand if you even remember any of this happening? Anybody? Bueller?

What about Bruce Springsteen, huh? What does he think about, y’know, all this?

“The big one [reason people voted for Trump] is race, race, race. How changes in demographics are creating a different kind of America and how that’s frightened a lot of people who feel the only thing they have is status based on race.”

Folks, have you considered that one of the big appeals of Trump’s overtly racist campaigns was its unadulterated racism? You heard it here first! Thanks boss!

It’s at this point that I’d like to remind everyone of the existence of the 2016 Democratic National Convention “Fight Song” video, which featured a who’s-who of demographically appropriate celebrities, and whose lasting impact is that it now serves as the soundtrack to my own descent into the innermost circle of hell:

To be clear, it’s fine — good even! — that a bunch of celebrities were very public about not liking Donald Trump or what he was doing during both his campaigns and time in office. But this conflation of celebrity posturing with actual political traction seems less like a clear-minded examination of how the once disparate planes of “politics” and “popular culture” are now inextricably entwined, and more like an opportunity for various high-profile notables to rehash and relish in their own sense of importance. And it all comes at the expense of the countless more who put in the actual work of organizing and agitating that ultimately resulted in Trump’s electoral defeat.

It’s a missed target even author Goldberg himself seems to at least tacitly acknowledge.

“Not that I think anyone changed their vote or whether or not they like Donald Trump because of what Cardi B or Bruce Springsteen said,” he told The Hill. “But in terms of raising the level of urgency and intensity. And I think there are people that might have been reluctant voters or didn’t like either of the parties that got more engaged.”

Frankly, fine! Thanks for that! But it’s long past time we stop giving celebrities more than the bare minimum of credit for broadcasting their extremely basic political opinions. We have to stop celebrating that and calling that meaningful in a way we don’t do for actual political activism.