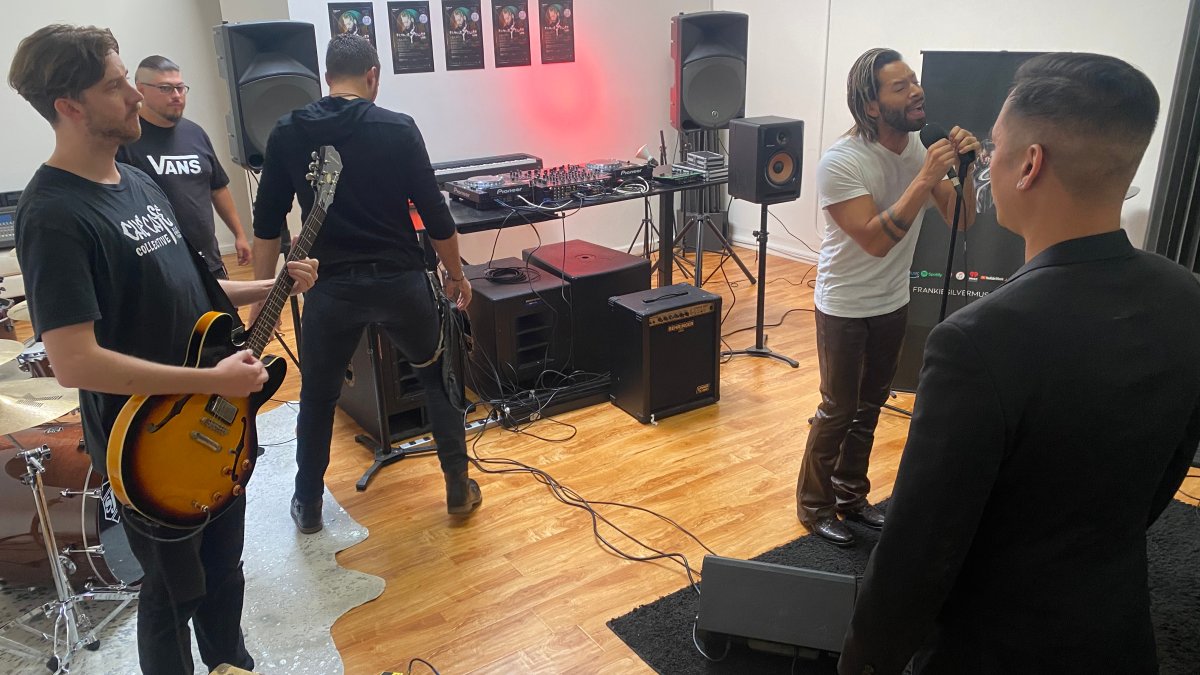 “This is an environment where we encourage artists at the beginning stages of their career all the way until they have millions of views on their Spotify and Soundcloud accounts,” said Jesse Brennan, a member of the board of directors at Gallery 130.

The creative space opened in the middle of the coronavirus pandemic when the entertainment industry was taking a big hit.

“They helped me release one EP so far. It was self-written and they helped me get it to a place where I could release it cause I was working with amateur producers at the time,” said Emma Levant a singer and member of Gallery 130.

Levant is hoping the professional producers and engineers will help her take her music career to the next level.

The hands-on production help is a fraction of the cost compared to other professional music studios.

“We help them produce, master, write, develop their brand, teach them how to distribute music and get paid for it. The business side of things that artists no matter how talented they are, they might not know,” said Frankie Silver, a singer and mentor at Gallery 130.

The music and events industry plays an important role in San Diego, employing thousands of people. The creative space at Gallery 130 is showing that there is a promising future for live music.

More than 200,000 people in San Diego were economically impacted when concerts and festivals were canceled last year, according to the San Diego Event Coalition.

“The entertainment industry took a humungous hit luckily it’s coming back with a vengeance,” said Brennan

Gallery 130 is having a fundraising concert on Saturday, Nov. 20 at Quartyard downtown from 4 p.m. – 9 p.m. The show will feature Frankie Silver and other members of Gallery 130.