“It’s like having a focus group for each track”: how a sea-change in A&R and music discovery is leveling the playing field for artists – Music Ally

This is a post by Andreea Gleeson, Chief Executive Officer of TuneCore (pictured), who writes about what she sees as a “sea change in A&R” – how artists are now testing and releasing songs through the new musical gatekeepers of TikTok, YouTube, and Instagram; what that means for fans, artists and labels; and how DIY artists are now the fastest growing sector in the music industry.

Indie artists are on the rise

In my role as CEO, I try to connect with artists as much as I can. I love hearing about their journeys, and what drives them. Lately, more often than not, I find that we’re talking about social media and virality. Having a song go viral is like catching lightning in a bottle – rare but very exciting!

Over the course of the last few years, independent artists have emerged as the fastest growing sector of the music industry. Specifically it’s DIY indie artists who are on the rise, growing 34% in 2020, according to research by MIDiA. These are the artists that TuneCore works with each day – artists who are not bound by the rigid structure of the old school music industry and who are releasing music on their own terms.

That MIDiA report showed that indie labels and artists outpaced the growth of the overall music industry, growing at 7%. The big breakout was the sector of DIY artists, which grew further over the course of the last year – ending 2020 with $1.2 billion and growing their collective market share by more than a whole point to 5.1%.

Today’s indie artists are uniquely positioned to maximize the advantages that digital music platforms provide. And companies like TuneCore have the agility to accommodate these artists in a way that major record labels cannot.

Social media is increasingly where discovery is happening

These days, discovery is taking place on social media. Take for example, TikTok, with over 1 billion users – three times the amount Spotify has. Last year 70 acts were discovered on TikTok and then signed to majors. 75% of TikTokers say they discover new artists through TikTok and 67% were more likely to seek out a song on a streaming platform if they heard it on the app (according to Music Perceptions Research, conducted by MRC Data, November 2020).

YouTube Shorts is the newest short form video platform, launched in 2020. As of this summer, YouTube Shorts was generating over 15 billion global daily views, more than doubling from 6.5 billion at the start of their global expansion in March 2021.

Couple the rise of indie artists with the rise of social media – and you have myriad new opportunities for growth.

In November of 2020, TuneCore artist Charlotte Sands was on her way home for Thanksgiving when she decided to post a demo of “Dress,” a song that she wrote about Harry Styles wearing a dress on the cover of Vogue. Just a few hours after posting, by the time she finished dinner, the TikTok video had gone viral. The comments section of her video was filled with requests for her to release the song: fans were desperate to hear the entire song, not just the snippet she posted.

Charlotte released the song a few days later as an indie artist through TuneCore and in less than 72 hours it gained major traction. “Dress” was featured on multiple coveted Spotify playlists including: New Music Friday, Teen Beats, New in Pop, Fresh Finds Pop – and she was the cover artist for that week’s Fresh Finds playlist.

Currently, Charlotte has over one million monthly listeners on Spotify, with “Dress” clocking in at 11 million streams, and the original video on TikTok at 1.3 million plays. She’s signed to TuneCore’s parent company Believe, and released a new EP earlier this fall. The rest of this year has her touring the country as the opening act for Yungblud.

And to think: it all started with testing a demo on TikTok.

The solution: “if the music is good, fans will find it and crowdsource its popularity”

One thing that major record labels have that independents don’t are huge promo departments whose only job is to push records to radio. As short form videos on platforms like TikTok, YouTube Shorts and Reels continue to grow in popularity, the importance of music discovery in traditional media channels like radio is declining. These days, music discovery is happening on social media: if the music is good, fans will find it and crowdsource its popularity.

TuneCore has always put artists first and for me, it’s an ongoing priority. We want to help more indie artists become working musicians – so we are constantly challenging ourselves to build solutions that make our artists’ lives better and solve their problems. 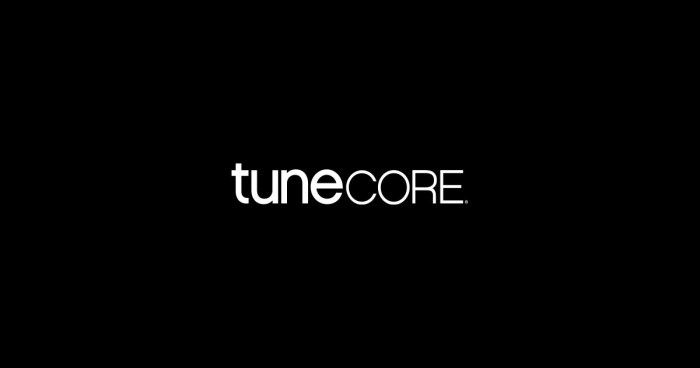 We saw a need in the market to reduce the barriers for artists to get their music into social platforms for discovery, and streamline the process of getting songs that go viral into the streaming and download platforms more quickly.

We are so excited to launch a new, first-of-its-kind service that productizes the usage of social media platforms – so indie artists can make money, while experimenting and testing their music. The fans will ultimately make or break an artist’s career so: why not let them decide what they want to hear from the outset? It’s crowdsourcing at its best.

For no upfront charge, artists can distribute unlimited songs into the music libraries of social media platforms – TikTok, YouTube, Instagram and Facebook – taking a formerly messy, cumbersome process, and streamlining it.

So if an artist is not ready to release their music on digital music platforms like Spotify, through this new way to distribute, they can share early cuts of their songs with potential and existing fans – and gather feedback from social media audiences and influencers.

Final thoughts: a sea-change in A&R practices is here

After hearing so many stories about songs going viral, I thought: how can we help this along and leverage social media on behalf of our artists on two fronts – monetizing that virality and, much like Charlotte Sands did, testing new music?

And that’s how distribution to social platforms as a pre-step to a wider release plan was born. If an artist posts a video of a new song on their social channel, they may get views and followers, but they aren’t going to make money from it. But by releasing to social media platforms through TuneCore, the songs make it into the music libraries and artists can start making money from their music right away, monetizing any virality. As the song gains traction, that artist can – with just a few clicks – distribute their music through TuneCore to over 150 stores and streaming platforms worldwide.

What this ultimately represents is a sea change in the A&R process. Unlike the majors, who spend tens – even hundreds – of thousands of dollars promoting artists’ songs, indie artists don’t have those resources. But what they do now have is the opportunity to upload music directly to social media platforms and seek fan feedback, before investing in the promotion of the song. It’s like having a focus group for each track. Previously artists didn’t have the luxury of asking fans what they wanted to hear. The historical gatekeepers – record label executives, radio DJs – decided what major label artists released.

With social media, there are no gatekeepers, the fans decide what they like and what goes viral. TuneCore is harnessing the power of social media to enable indie artists to connect with fans directly. And I think the majors will follow suit.

There’s a reason that DIY indie artists are the fastest growing sector of the music industry. There’s more access than ever for indie artists and less gatekeepers along the way. The discovery of new music through social media and streaming makes it easier than ever to find new artists. With the rise of social media growing hand in hand with DIY artists, the playing field isn’t really being leveled, it’s being re-created.