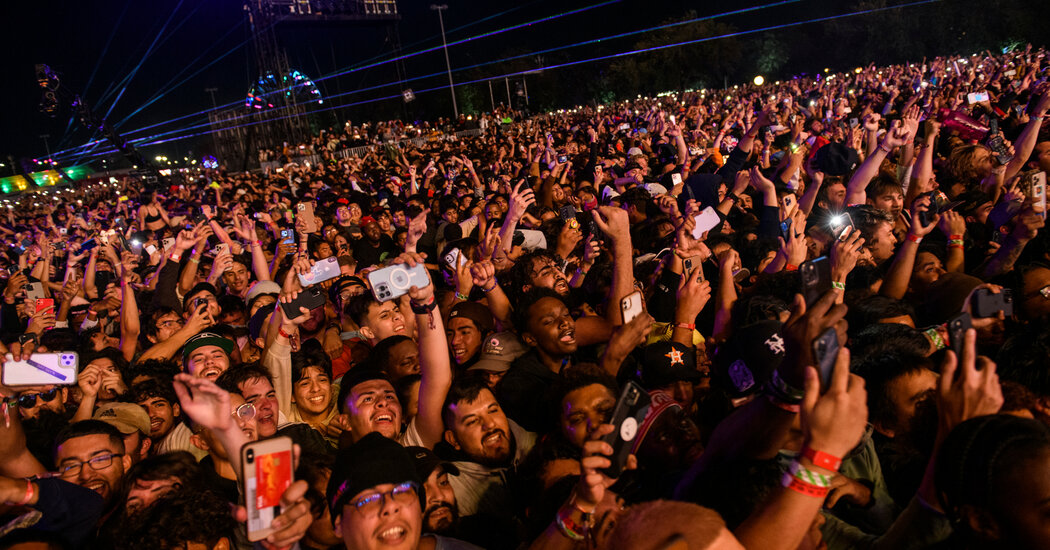 In the last decade, hip-hop has become increasingly familiar with the mosh pit, stage diving and crowds that take on lives of their own. No one’s career embodies that more than Travis Scott, whose fans are known as Ragers and who has built an empire on encouraging them toward abandon.

The cause of death of the eight people who lost their lives at Scott’s Astroworld festival on Friday remains unknown. But video footage of the event shows issues with crowd control. Hip-hop festival performances are oriented toward the rowdy these days, and the tragedy at Astroworld feels like it could be a potential pivot point away from an era in hip-hop that’s become improbably wild.

On this week’s Popcast, a conversation about the history of moshing in hip-hop, how the last decade has seen the energy typically associated with hardcore and punk shows become central to a huge swath of rap music, and the future of the rage.